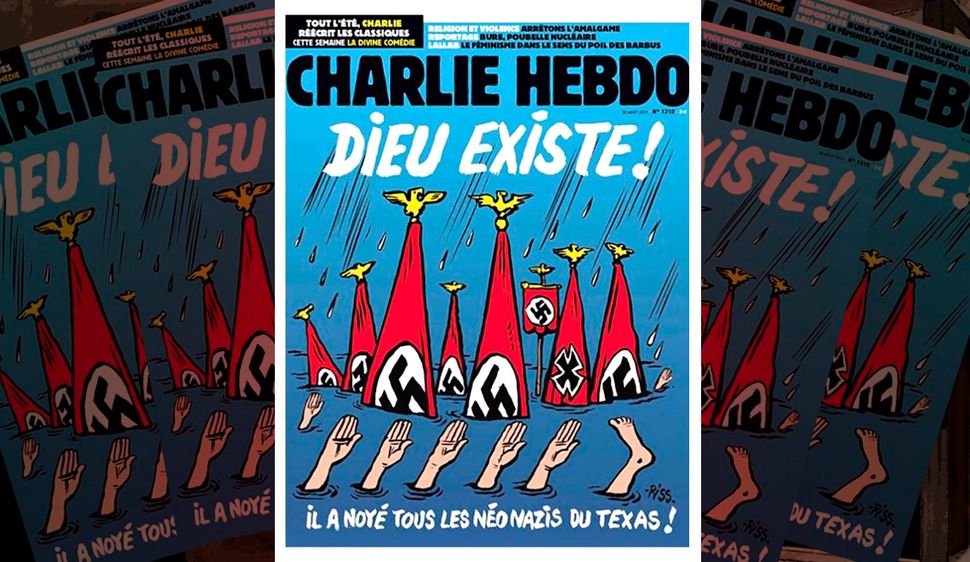 If there is one thing that I’ve learned about those on the right, it’s that having feelings about marganlized groups tends to be frowned upon. Whenever issues such as racism, sexism, transphobia or Islamophiba come up, self-proclaimed Deplorables will often sneer and say, “Get over it, snowflake.” What’s ironic is that while these same people throw around the term “snowflake” to imply that the person they are insulting feels unique or special, it is these very same conservatives who tend to lose it when their traditional values are challenged.

These people will tell you they believe that speech should be free, regardless of the content. But the reality is that they just want to say offensive things about protected classes without consequences. The only consistent thing about their beliefs is that they believe their values, no matter how deplorable, are above reproach.

There is no better example of this than the outrage sparked by the most recent cover of the French Charlie Hebdo magazine. It depicts drowning Texans surrounded by Nazi flags. “God exists!” declares the text. “He drowned all the neo-Nazis in Texas!”

This cover is disgusting and deplorable. It’s also typical of the sensibility that characterizes all Charlie Hebdo covers, designed to offend and to make a point. So in that sense, the cover of the magazine was not surprising. The fact of the matter is Charlie Hebdo is a magazine that has always gone out of its way to be crude and offensive.

In fact, many Americans defended this very sensibility in the past. All we heard after Charlie Hebdo promised to publish a picture of the Prophet Muhammad in the name of free speech was “Je suis Charlie.” Go for it. The writers group PEN America even decided to award its annual Freedom of Expression Courage Award to the magazine. And when a group of writers objected, they were soundly mocked as a “lunatic boycott”.

Because of this erstwhile support, the reaction to Charlie Hebdo’s Hurricane Harvey cover was surprising, insofar as conservatives went nuts — including those who had previously lauded Charlie Hebdo.

All those self-proclaimed Deplorables who use freedom of speech as an excuse to say offensive things about people who belong to protected classes – these folks were outraged about this particular cover.

Why the sudden change of heart? Why does this particular magazine cover cross a metaphorical red line for them? Why does the depiction of neo-Nazis sting when the magazine’s rampant racism and Islamophobia did not? Could it be that these conservatives believe that depicting a state that has largely been viewed as conservative in a negative manner during a tragedy is somehow different from depicting Muslims as barbarians? Could it be that these people somehow feel as if they are more special and unique when compared with other groups? Could it be that these people believe they are special like a snowflake? Could it be that their support for Charlie Hebdo’s Islamophobia was actually secret delight in seeing Muslims derided and enraged – in other words, they were defending the content and not just the magazine’s right to publish it?

The fact of the matter is, the conservative outrage over the latest Charlie Hebdo cover shows that the snowflake insult that conservatives like to throw around is nothing more than projection. If they want to believe in freedom of speech and people having thick skin when somebody says or does something that they find to be personally offensive, that’s fine. But to get up in arms over a magazine cover that finally is geared toward conservatives exposes their true colors as hypocrites. Free speech is all well and good when it’s being exercised against one’s perceived enemies. But it’s absolutely ridiculous to expect one to defend the same rights when the insults are hurled at oneself!

But of course I’m willing to bet the faux outrage from conservatives about the latest Charlie Hebdo cover will pass when they find something else to cry about and try to use as proof that they are somehow being oppressed.

I guess we’ll just have to add Charlie Hebdo to the long list of things that they will be boycotting, such as trans-friendly bathrooms, Hawaii, “Hamilton,” Starbucks cups, CNN, The New York Times, the science in regards to climate change and God knows what else.

[This piece was written by @Freeyourmindkid, who has been threatened by white supremacists in the past and for issues of safety has used a pseudonym.]