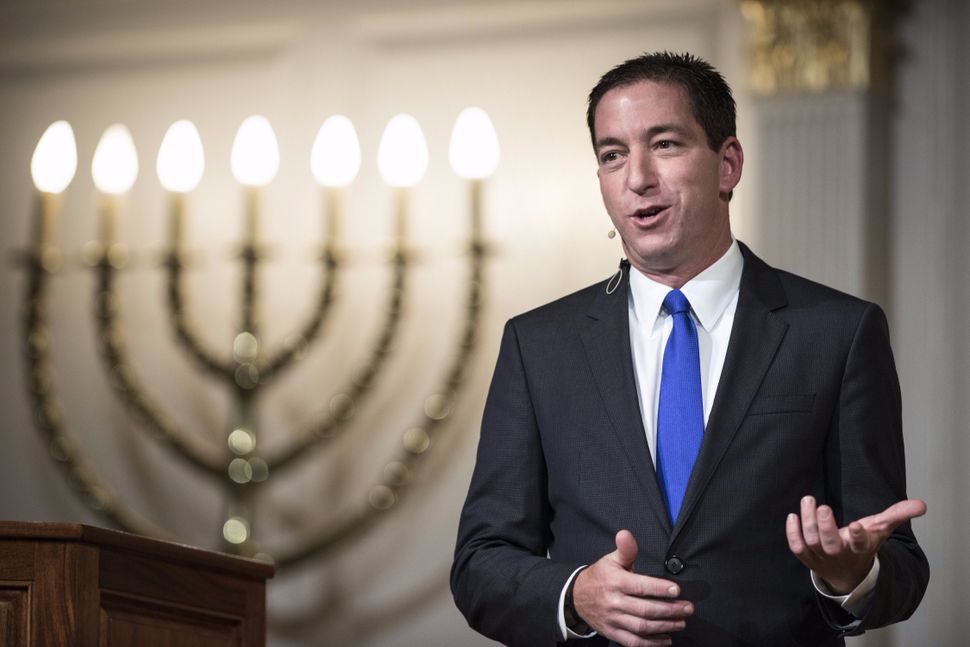 Breaking out of that echo chamber is not only crucial for pursuing the truth. It is an exercise in honesty, compassion and empathy. And one of the roles of the media — particularly when society gets as polarized as American society is today — is to help provide the tools for escaping from the certainty we all cling to.

Sometimes, the media is really good at this, providing contrasting points of view that help us make informed decisions and even acknowledge our mistakes.

And sometimes the media is not good at this. Consider a recent piece in the Intercept, written by Glenn Greenwald. The piece is a takedown of one of The New York Times’ newest opinion page editors, Bari Weiss.

Since joining The New York Times in May, Weiss has written three pieces that have garnered a fair amount of attention. The first argued that when the hosts of the Chicago Dyke March famously rejected the Jewish star flag wavers, they were merely exposing an anti-Semitism endemic to the left. The second argued that by embracing the likes of the pro-Palestinian activist Linda Sarsour, the left is “embracing hate.” And the third argued for the merits of that lefty bugbear, cultural appropriation.

Greenwald argues that Weiss exemplifies the Times’ lack of diversity in its opinion pages. But his argument rests mainly on his disputes with Weiss’s views. And in marshaling support for this argument, Greenwald falls into the very kinds of fallacies he accuses Weiss of — ad hominem attacks and accusations of guilt by association. “She has churned out a series of trite, shallow, cheap attacks on already-marginalized left-wing targets that have made her a heroine in the insular neocon and right wing intelligentsia precincts,” Greenwald writes.

If his piece against Weiss were merely a poorly executed critique, it would not be worth spilling more ink over (the humor of writing an article about an article about a number of articles is not lost on me). But I think that this method of targeting one’s opponents is so endemic to our culture that it bears reporting on, if only to suggest some ways we might better address people whose politics we disagree with.

Rather than disagree with Weiss on the substance of her claims by bringing evidence that disproves them, Greenwald attacks her by repeating the same insults over and over, and by associating Weiss with others he deems worthy of scorn. When he brings up her past faults, he doesn’t explain why she was wrong so much as explain the powerlessness of those she opposed. Now, Greenwald may not think Weiss’s arguments are worth engaging. But if that’s the case, bringing them up at all is something like an insult to his reader, meant to invoke feelings of rage rather than intellectual agreement based on evidence. He’s doing just what he criticizes Weiss of doing — creating cheap and easy controversy rather than true debate.

I think there is a cogent disagreement to be had with Weiss along the lines suggested — but never really pursued — by Greenwald. Weiss’s three pieces in the Times seem to have two audiences in mind. The first is an audience of those against whom Weiss sees herself as doing battle, the leftist zombie masses if you will. The second audience seems to be people who view themselves as marginalized, sidelined by their unflinching love of Israel in a left now oriented toward people of color and Palestinians. Weiss’s writings seem designed to enrage the former and provide a salve to the latter and to convince no one.

Because Weiss’s writing is meant to give voice to what she views as a beleaguered minority, it is indeed advocacy journalism – another one of the insults Greenwald accuses her of, quoting a speech Weiss gave in 2010 in which she explained the “connection between advocacy journalism and Zionism.”

But Greenwald himself is the poster child for advocacy journalism, writing in his book, “From the United States’ founding, the best and most consequential journalism frequently involved crusading reporters, advocacy, and devotion to battling injustice.”

Greenwald uses Weiss’s Zionism as another ad hominem attack without ever explaining why it’s an insult. I suppose he doesn’t provide any context because he feels he doesn’t need to. He relies on the reader already accepting “Zionist” to be an insult; in other words, it’s a kind of far-leftist dog whistle. And if you believe in Zionism — well, Greenwald is not talking to you.

Just as Bari Weiss writes as if she doesn’t need to convince people that the left’s crusade against cultural appropriation is bad — because her readers are already resentful of this crusade — so, too, Glenn Greenwald writes as thought he doesn’t have to convince anyone as to why Zionism is bad. Or convince the reader as to why she shouldn’t be scared of the left’s embrace of Rasmea Odeh, for example, who is a convicted terrorist in addition to being a “Muslim we are all expected to hate,” as Greenwald put it.

There lies the rub. In Weiss and Greenwald, you have two writers from the right and from the left, speaking not only past each other, but also past anyone who isn’t already convinced of their arguments and beliefs.

But if we are going to heal as a nation, we must — must — disrupt the echo chamber of our minds, and stop seeing ourselves and our side as the beleaguered and marginalized, the David to some other Goliath. So many of us are desperate not only to hear the other side of a debate, but also to learn how to re-engage with people we disagree with. And it’s a big part of the media’s job to make that happen.

To that end, opinion editors like myself should endeavor to scrape our pages of dog whistles, from both the right and the left. We should attempt to make sure every critique is criticizing the best version of the opposing argument. And we should make sure that a person who doesn’t already agree with us might find something — however small — that he or she might consider in our pages.

It’s not an easy task. The straw man argument, the guilt by association argument, the labeling instead of arguing — these are all tempting tactics, more so when we are passionate about a cause. I myself have published and will no doubt publish again articles that traffic in these very fallacies. But when I do, I hope I have the strength to recognize it, and to always recommit to doing better.