Jewish Students Just Want You To Stop Talking About Israel 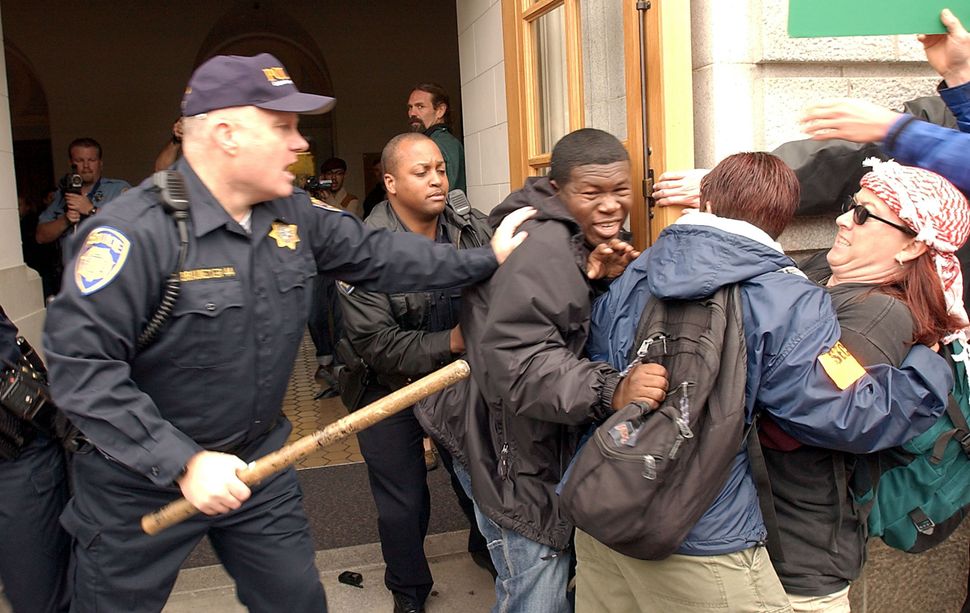 If you’re a sentient American Jew, you’ve heard the claim that college campus is a warzone. It’s beyond a well-rehearsed truism at this point. It’s become reigning orthodoxy to view Jewish college students as beset by anti-Semitic harassment in liberal, Israel-hating college campuses, which are themselves seen as volatile surrogate battlefields to the Israeli-Palestinian conflict.

The thing is, this narrative is false. A new study that my team carried out at Stanford University provides new insights into Jewish students on campus. Among its most important findings is the fact that not only are students not besieged by anti-Semitic and anti-Israel hate speech, on the contrary, they are alienated by the assumption that they should be.

Over the course of 10 months, the research team that I direct conducted 66 face-to-face interviews on five campuses in California with students who were either uninvolved or barely involved in organized Jewish student life. Those interviews and our report “Safe and on the Sidelines” paint a more complex portrait of Jewish student concerns, fears and wishes for themselves and their communities than is commonly reported.

Not a single one of our interviews characterized their campus as “anti-Semitic.” A few students even noted that they were aware of their school’s reputation as a bastion of anti-Semitism, but they rejected this reputation, claiming it misrepresented their schools. Students also told us about occasional incidents they observed that did qualify as anti-Semitic, but they refused to let a few isolated events define their whole campus community. Furthermore, the students we spoke to tended to contextualize those events within other expressions of prejudice, which they found applied to everyone and not to Jews in particular.

When Jewish students did express discomfort, they traced it not to the Israel/Palestine debate, but specifically to the tenor of the debate. Students told us repeatedly that activists on both sides had become too strident, and the terms of debate too divisive. As one student told us, “To have two sets of people yelling… is the least helpful thing.”

Across the board, the students my team interviewed objected not only to the tone of Israel-Palestine debate, but also to the assumptions that lie beneath it. Specifically, they objected to assumptions that they, as Jews, necessarily support Israel and its politics. They resented this assumption when it came from other Jews, who reflexively conclude that all Jews support Israeli policies or should identify as Zionists. They also objected when activists who are critical of Israel assumed that they, as Jews, are complicit in or responsible for the actions of the State of Israel.

In other words, they are caught between a rock and a hard place. The students we interviewed are unwilling to accept the terms of debate that have been set out for them, but they are also not able to find occasions or settings that allow for the exploration of politics with greater complexity. As a result, the students we spoke to largely avoid discussions of the Israel-Palestine conflict. Even more distressingly, they told us that they avoid the social spheres most active in the debate. They do not feel entirely comfortable in Jewish settings, where they feel their politics are not valued. They also told us they feel excluded from activist communities, where they feel their affective connections to Israel were not respected.

This is both good news and bad news.

The good news is that Jewish students do not feel concerned about anti-Semitism on their campuses. Anti-Semitism rarely exists outside of political talk about the Israel-Palestine conflict, and when it does, students read it in the context of other modes of careless student speech and not as a direct threat to them. Otherwise, they generally feel safe as students and as members of their campus communities.

The bad news is more complicated. Interventions into campus life that reinforce differences or seek to bolster one side of the debate would likely increase the sense of divisiveness and further strengthen impressions that discussion is both impossible and unpleasant.

But there is a deep desire for opportunities to engage in more thoughtful discussion that would allow space for students to figure out their politics and even to hold contradictory opinions. This desire so far has gone unfulfilled. Worst of all, the students we spoke to told us repeatedly of a lack of spaces on campus that respected the alignment of their politics and their Jewishness.

Though identified over and over again as centers of anti-Semitism and anti-Israel sentiment, California campuses are not experienced as menacing by the students who call them home. Rather, these students are troubled by strident calls that they hold firm positions. And they are troubled by campus-wide failures to create spaces for measured, complex, nuanced, evolving discussions of the Israel-Palestine conflict in American Jewish life.

Ari Y Kelman is the Jim Joseph Professor of Education and Jewish Studies, and the interim director of the Taube Center for Jewish Studies at Stanford University.

Jewish Students Just Want You To Stop Talking About Israel