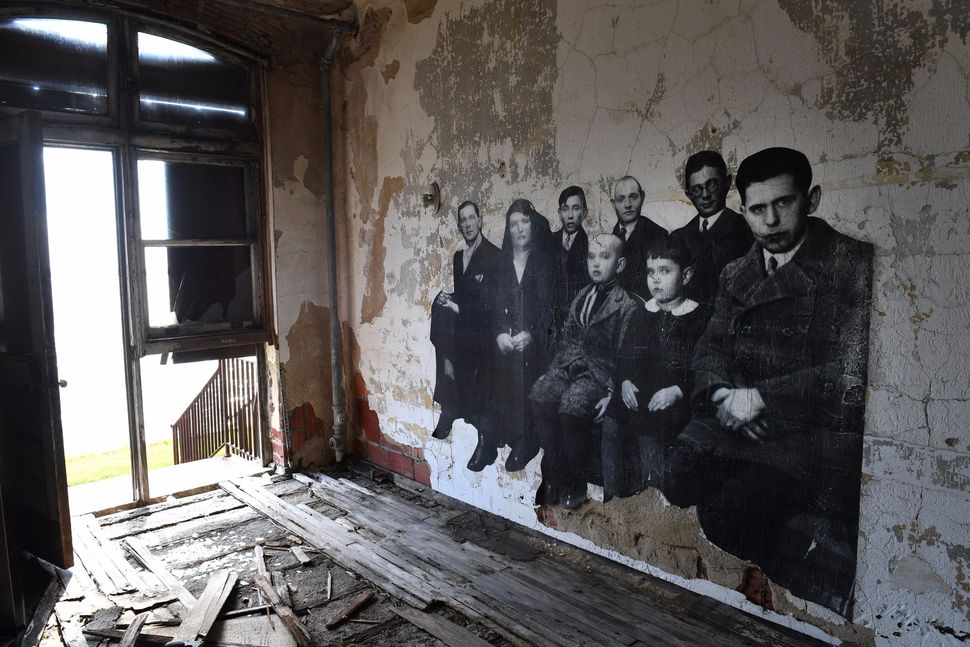 A few days before Donald Trump chose to demolish the Deferred Action for Chilhdood Arrivals program that provided legal refuge for young, undocumented immigrants, I happened to be reading through the rather copious file on anti-Semitism maintained by the Minnesota Jewish Council in the 1940s. My interest was historical research for a book, but one particular episode spoke to Trump’s impending action and indeed his presidency as a whole.

For more than a year as World War II was being won and the dimensions of the Final Solution were being discovered and chronicled by Allied troops, Jewish children in Minneapolis were being repeatedly singled out and beaten by gentile attackers. The response of Minneapolis officialdom was to ascribe the brutal bigotry to mere teenaged hooliganism.

It fell to the young challenger in the 1945 mayoral election, Hubert Humphrey, to call out the hatred for what it was and what it meant. “Let us not fail to remember that minority persecution is the first sign of social disintegration,” he warned. “Let us not fail to remember that whenever dictatorship has gained control, its first attack was on a racial or religious minority.”

Humphrey’s words channeled the teaching of one of his most important mentors, a graduate-school professor named Rudolf Heberle. An anti-Nazi intellectual with a fractional strain of Jewish blood, Heberle had been stripped of his academic appointment in Germany. He ultimately made his way to Louisiana State University, where he taught and wrote about how democratic societies can become totalitarian: by targeting the most vulnerable, and building outward from there.

Trump’s vengeful order to halt DACA — which allows 800,000 immigrants who were brought into the country illegally by their own parents — can be understood only as an offering to the malignant gods of his movement. They are the same gods he propitiated by paying homage to all the “fine people” in Charlottesville, Virginia, carrying torches and assault rifles for white supremacy.

Nor does it matter how little economic or political logic informs Trump’s malice. Opinion polls have consistently shown strong bipartisan support for preserving DACA. And if Trump’s supposed goal in his immigration crackdown is to improve the labor market for his white, working-class base, kicking out the Dreamers will not help.

An open letter by a group of Silicon Valley executives who tried futilely to stay Trump’s hand provided this statistical thumbnail of the DACA cohort: 97% in school or working; 65% owners of vehicles; 16% homeowners. Dreamers work for nearly three-quarters of the Fortune 500 companies.

No, the president’s ruthless act only makes sense as part of a reign of terror. Even if federal agents do not start rounding up Dreamers on the first day after the six-month buffer period, Trump has succeeded in forcing them back into vulnerable, precarious, unprotected status. They will lose jobs, be forced out of schools, and perpetually be at risk of discovery and deportation — quite possibly thanks to the personal information they had been required to give the federal government as part of the DACA protocol.

That fear will radiate outward to immigrants, not only undocumented but also legal, because if Trump can take on the Dreamers, then what is he capable of doing with others, or, should we say, Others? When Ronald Reagan broke the strike by air-traffic controllers early in his presidency, he sent a withering message to organized labor as a whole; and indeed unions have been shrinking in size and influence ever since. Imperiling the Dreamers similarly promises to be only the beginning.

Like the embrace of neo-Nazis and anti-Semites in his base, like the Muslim ban, like the legal assault against diversity in college admissions, like the proposed halving of legal immigration and the insistence on an exorbitant symbolic wall, Trump’s eviction notice to the Dreamers represents yet another front in one war: the restoration of white power, a second Civil War with a different result.

As Jews, we should feel the disgust acutely and organize accordingly. Judaism, let us remember, made a point early in its history of separating itself from the worship of Moloch, the deity who demanded child sacrifice. No injunction appears more often in the Tanach than the divine command that we welcome the stranger.

Many of us know how sketchy the immigration records of our own forebears were. My paternal grandfather was a youthful revolutionary who came here under an assumed name; my maternal grandfather should have been turned away at Ellis Island by inspectors who marked him “LPC” –- “likely to be a public charge,” the antique way of saying all these foreigners come here to get welfare.

A false polarity misguides what passes for an immigration debate in this country. It posits that the choice is between enforcing the law ruthlessly or having no law at all. Yet Ronald Reagan issued an amnesty to undocumented immigrants and the republic survived. Both George W. Bush and the Senate’s bipartisan “Gang of Eight” put forth bills that paired greater border security with a path to citizenship for millions of long-resident undocumented immigrants, including the Dreamers.

Trump’s enablers in Congress now will actually have six months to find their collective gut, heart and brain. Some Republicans are saying the right things. So did Hubert Humphrey back in 1945. Then he won office and actually did something about it. That part remains to be seen.

Samuel G. Freedman is a contributing editor to the Forward.