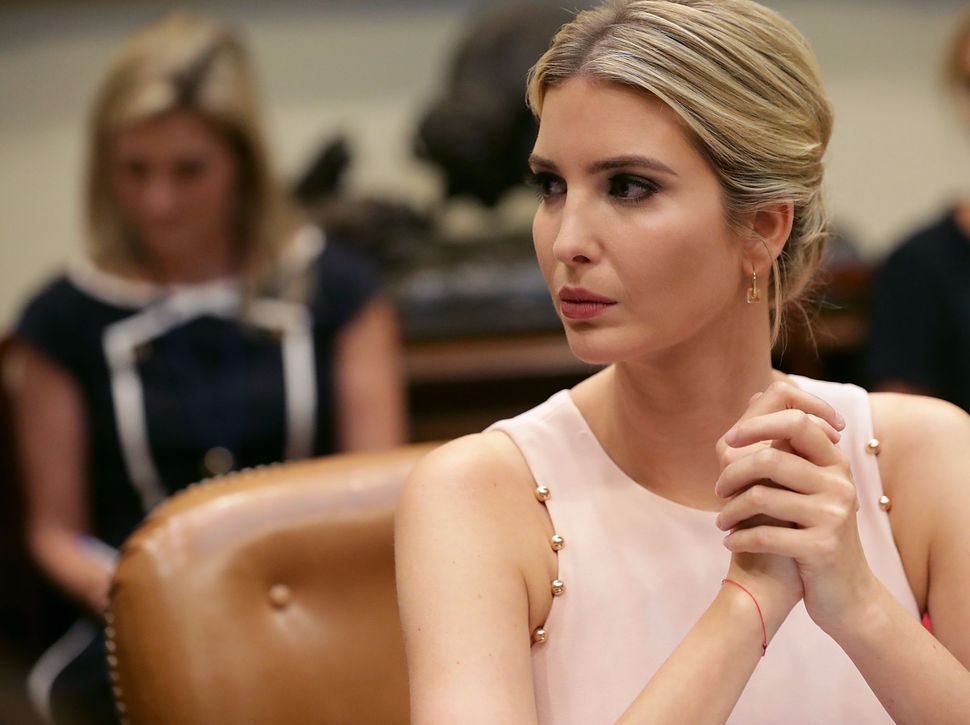 First, I defended Ivanka Trump against what I considered was the use of sexist, insulting language about her in a New York Times story.

Then, her father the president used nearly the same words in a speech in North Dakota. And she clearly didn’t mind.

What’s a feminist to do?

As the chain of events unfolded Wednesday, Ivanka Trump once again came to represent all the confounding ways that gender plays out in a White House run like a family fiefdom and headed by a man who has paraded his misogyny like a badge of honor.

For me, the linguistic saga began when I read an annoying quote in Wednesday’s New York Times, It was in a story about how and why Attorney General Jeff Sessions was chosen to announce that the White House was suspending an immigration program that shielded young immigrants from deportation. Mark Krikorian, a Sessions ally and the executive director of the Center for Immigration Studies, said that it was necessary for Sessions to do it because President Trump would go all wobbly in delivering the news.

“I think he’s genuinely uncomfortable,” Krikorian said, referring to the president. “And I’m sure he’s constantly hearing from his daughter, ‘Oh, Daddy, look at the little babies.’”

Now, I am not a fan of Ivanka Trump’s White House career thus far. Unqualified to start, she has demonstrated that she’s far more show than substance, disappointing those who believed that she was going to tame, humanize, liberalize and otherwise make more palatable her father, the president. As a Jew, her failure to more forcefully speak out after the events in Charlottesville, Virginia, is particularly inexcusable. As a working mother, she has failed to make even slight progress in her professed agenda of promoting child care tax credits and parental leave.

But Krikorian’s line goes further than legitimate criticism to a place of insult that I, as a feminist, find offensive. And it raises an uncomfortable question: Should Ivanka Trump be defended against feminist insults the way any other powerful woman should be?

Yes. To portray her as an annoying child tugging on her father’s sleeve to pay attention to “the little babies” is demeaning and unnecessary. Krikorian is not the only one to do this, of course. Even her own brother, Eric Trump, said that his sister’s “heartbroken” reaction to a chemical attack last spring helped persuade her father to launch a missile strike against Syria.

“Ivanka is a mother of three kids and she has influence. I’m sure she said: ‘Listen, this is horrible stuff.’ My father will act in times like that,” Eric Trump was quoted as saying.

And yet, the president himself sees no problem in using infantilizing language to speak about a woman who is technically a senior adviser in his administration.

Addressing a rally in North Dakota on Wednesday, President Trump said that his daughter pleaded to come along to the tax reform event.

Daddy, can I go with you?

It was inevitable that Trump and her husband, Jared Kushner, would be the subject of gossip and sniping when they moved to Washington and took over prime offices in the West Wing — especially when the president himself gives them ridiculous tasks that they can’t possibly complete. Their words and deeds provide plenty of fodder for legitimate criticism. The anti-feminist insults, from anyone, go too far.

But what happens when they come from the president himself?