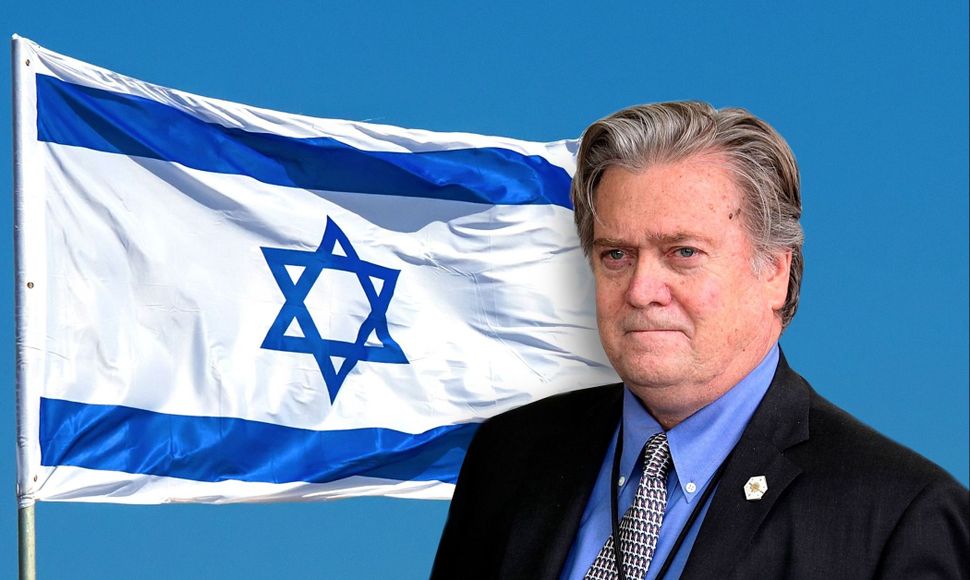 I am a child of Holocaust survivors, born in a displaced persons camp in Germany, and lost most of my aunts, uncles, cousins and grandparents to the evil horror of the Nazis. I’ve spent decades fighting against anti-Semites and Israel-haters of every stripe, from Nation of Islam leader Louis Farrakhan to Ku Klux Klan Grand Wizard David Duke to Palestinian Arab terrorist leaders Yasser Arafat, Mahmoud Abbas and Ismail Haniyeh. I’ve won battles against Israel bashers who were nominated to or held U.S. government posts, including Joe Zogby, Salaam Al Marayati, Strobe Talbott and Charles Freeman. I know a Jew hater, a Nazi or an Israel hater when I see one.

I also know when someone is a friend of Israel and the Jewish people.

Which brings me to the sad and alarming problem that those of us who care about the Jewish people’s survival must combat today.

In recent years, there has been a malicious Orwellian effort to turn the definitions of friend and foe upside down. Far left-wing groups and the media label, defame and attempt to delegitimize the best friends of Israel and the Jewish people as “extremists,” “hard right,” “neo-Nazis,” “racists” “anti-Semites” and other similar epithets. These false allegations violate the Ninth Commandment, which forbids bearing false witness. There is of course nothing more hurtful than to falsely label a friend of the Jewish people as a “Nazi” or something similarly vile. Sadly, good, well-meaning people often never learn the truth: that a real friend of the Jewish people is being vilified.

Particularly ugly lies and outright character assassination have been directed at Zionist Steve Bannon, the former chief strategist for President Trump and executive chairman of Breitbart.

Vanity Fair recently reported that, in his position in the Trump administration, Bannon valiantly fought to move the United States Embassy in Israe lto Jerusalem from Tel Aviv, and refused to attend a White House meeting with Palestinian Authority Ppresident Mahmoud Abbas, saying, “I’m not going to breathe the same air as that terrorist.”

Bannon bravely fought to place the strongest possible defenders of Israel and the toughest opponents of Iran’s nuclear and terrorist activities in key Mideast policy positions in the Trump administration. A well-known top-level Israeli official told me privately: “Mort, you know from the outside that Bannon is a friend of Israel. I can tell you as an insider that he is the greatest friend of Israel imaginable.”

When the Zionist Organization of America fought to protect Jewish students at the City University of New York, who were being subjected to frightening anti-Israel and anti-Semitic demonstrations — at which the hate group Students for Justice in Palestine and its allies screamed, “Jews out of CUNY!” and “Death to Jews!” — Bannon helped our efforts. He had his reporters call university officials and politicians to question what they were doing about these dangers to ensure that Jewish students were adequately protected. His Breitbart reporters also wrote about these anti-Semitic incidents at CUNY and on other campuses, educating the public about the harassment and intimidation that Jewish students are enduring.

Bannon should be applauded for such actions.

At Breitbart, Bannon has published numerous articles condemning anti-Semitism, especially on college campuses. I held up half a dozen of these articles when I appeared on Fox TV to counter the Anti-Defamation League’s false charges that Bannon “presided over anti-semites”. ADL now admits that it hss found no written or verbal statements made by Bannon that were anti-Semitic.

Shamefully, however, ADL still falsely defames Bannon as providing a platform for “peddling hate and bigotry.” It is sad indeed when an organization that was formed to combat defamation now itself engages in such defamation.

The media and left-wing groups launched their defamatory assault on Bannon by misinterpreting his statement that “Breitbart is the platform of the ‘alt-right.’” I have talked to Bannon and others at Breitbart about this; when Bannon used the term “alt-right,” he meant “anti-establishment” and “anti-mainstream.” His definition never included racists or neo-Nazis. Bannon despises bigots, and has never allowed bigots, racists or neo-Nazis to publish in Breitbart. Breitbart’s articles defend Israel and fight the scourge of radical Islamic terrorism.

Three of Breitbart’s top writers, whom Bannon hired, are yarmulke-wearing Orthodox Jews. And Bannon has asked me — a passionate advocate for Israel and the Jewish people, and the head of America’s oldest pro-Israel group — to write a regular column. Would Farrakhan or David Duke or other anti-Semites invite me to write a column for their publications? In addition, others working for Bannon at Breitbart include Muslims, African Americans and gay men and lesbians. Some bigot!

People who have known Steve Bannon for years have spoken out against the shameful allegations hurled at him.

Bernie Marcus, a founder of Home Depot and an ardent Zionist, wrote: “I have known Steve to be a passionate supporter of Israel…. What is being done to Steve is a shonda (disgrace).”

Joel Pollak, Breitbart’s senior editor-at-large and an Orthodox Jew, wrote, “I can say, without hesitation, that Steve is a friend of the Jewish people and a defender of Israel… who cares deeply about the fate of Jewish communities in America and throughout the world, reflected in Breitbart’s daily coverage.” He went on: “He’s outraged by anti-Semitism, and is overly sensitive about it, often taking offense on Jews’ behalf… and it defies logic that a man who is a close friend, confidant, and adviser to the late Andrew Breitbart — a proud Jew — could have negative feelings toward Jews.”

Even Harvard law professor Alan Dershowitz, a Democrat and strong Zionist, wrote that it is “not legitimate to call somebody an anti-Semite because you disagree with their policies.” Dershowitz also wrote, “The evidence suggests that Mr. Bannon has very good relationships with individual Jews,” and that “he has been supportive of Israel. So, I haven’t seen any evidence of personal anti-Semitism on the part of Bannon.” Dershowitz also added that the claims against Breitbart demean the term “anti-Semitism.”

The ZOA is proud that another great Zionist, Steve Bannon, will be there, too.

Morton Klein is the president of the Zionist Organization of America.