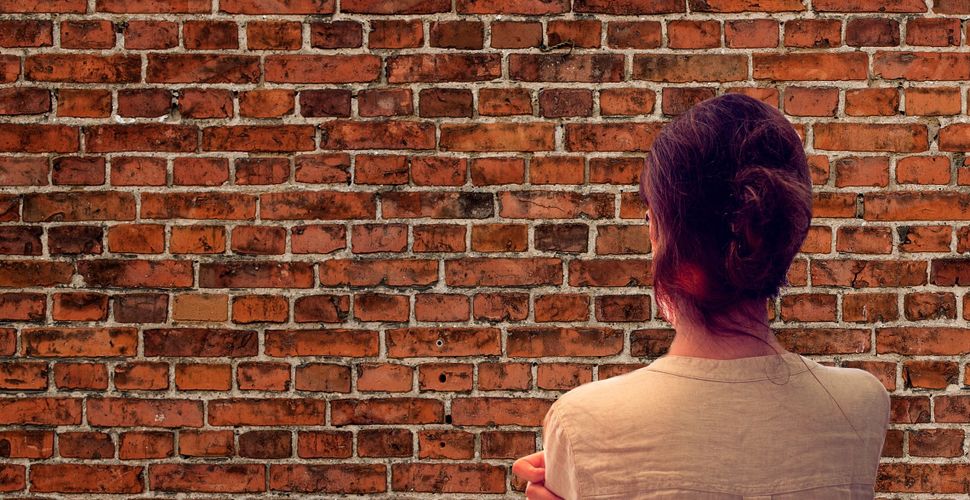 Kids don’t understand class. As a baal teshuva first-generation Russian Jewish immigrant transplant to a Boston Modern Orthodox Jewish day school in the 90s, I felt the results of the class hierarchy I had landed in. But I couldn’t quite discern it, blind men and the elephant style. In sixth grade, I remember desperately hoping that if only I could find the right clothes, shop in the right stores for the correct dress-code-appropriate but subtly form-fitting denim skirts, then I’d finally, magically fit in. I didn’t realize that the right stores would never be in my purview because we just couldn’t afford to shop there.

I still feel a sharp, squirming guilt remembering how I pressed my parents to shell out so I could have a shoddy analogue to my classmates’ round of bat mitzvahs. I will never forget those bat mitzvahs — the calligraphied place settings, the rented halls, the cash envelopes, the catered kosher feasts, the distinctive color schemes, the interminable sentimental speeches, the hired bands musically accompanying our awkward pre-teen renditions of Israeli dances… They seemed at once like a set of strange rituals to me and something essential I absolutely had to have to continue middle school.

My bat mitzvah was held under a canopy in our backyard. I wince remembering my parents’ furrowed brows at the expense, and their game enthusiasm giving me what I wanted regardless.

The thing is, we weren’t even poor. We were your standard issue, lower-middle-class immigrant strivers, with all the shabby mismatched wardrobes and the willingness to save for education that implied. But against the backdrop of the Boston Jewish aristocracy, we were poor enough.

I remember my surprise discovering that my high school best friend nonchalantly carried around $20 bills when I was lucky to have change for the corner store. On my two-block walk to that store, I remember watching troupes of kids heading off-campus to take each other out for lunch at our absurdly expensive local kosher restaurants. I remember the almost anthropological distance I felt staying over with my classmates on Shabat. They lived in what looked like mansions to me. Their shuls were cathedrals of social networking and community gossip while mine was a Chabad Rabbi’s garage in my distant suburb where we constantly struggled to make a minyan.

Despite all these glaring differences, the truth of what they were about remained obscure to me. The marginalization I felt was layered over so many other factors that I didn’t realize how much of it was about money.

For the school I attended, the acceptable world only existed in its narrow confines. Public schools were an amoral abyss, but becoming any more religious than the bourgeois balance of this modern Orthodox community – embodied by the necessary wardrobe, a clip-on kipa over a Harvard sweatshirt – meant you’d been brainwashed. It was a narrow straits that just didn’t have room for me. I felt constantly wrong-footed, and I thought it meant that I wasn’t trying hard enough.

It was clear I’d never be religious enough, in the right way, to satisfy them. Even if I felt the piety they prescribed (one memorable session of sixth grade shacharit involved imploring God to effect nuclear disarmament; I was definitely an overserious kid) I’d never catch up to the shared history of practice all my classmates had begun absorbing at birth. There were mannered halachik intricacies here around hotpots and Hebrew pronunciation that rivaled Victorian English social norms in their obscurity and nuance. I always felt like I was about to commit a faux pas.

Eventually, I stopped trying. And our panopticon of an administration immediately noticed. I remember being called into the office in eighth grade to discuss my “heterodox beliefs”. I can still recall the Hebrew studies principal, his grey suit folded over his tall frame as he sat considering me, his dark eyes examining me distantly and with some distaste from behind his glasses. I didn’t think to note that the teenage freethinkers from richer families weren’t subject to the same sort of thought policing.

But the school emphasized intellectual achievement, Torah and science together, in typical modern Orthodox overachieving fashion, and that I could do. Even as I grew into a precocious bisexual feminist heretic, a weird, spacey brat with mental issues who flaunted that heterodoxy, I kept studying.

I thought I could learn my way into having a place in this world. So I made sure to excel in our rigidly tracked dual curriculum, in both what they called honors Hebrew and honors English. I earned that dollar from the rabbi for asking the best question on the Talmud tractate we were studying. I got all As in secular courses in which we read Brave New World (and how ironic was that?). I swore off sleep so I could power through our ten hour school day, do the requisite few hours of homework every night, and still have a social life and time to be an angsty teenager writing daily pages in her journal.

But despite the school’s implicit insistence that it was a meritocracy, my efforts to compensate were always bound to fail in what was also a plutocracy. The school was constantly fundraising, and part of those fundraising efforts consisted in creating a comfortable environment for the wealthier children. And part of creating that environment meant double standards for the rest of us. Sometimes the kids the administration favored weren’t necessarily rich, but they were part of a well-established kinship network with social or cultural capital that bought them the approval of the wealthy. For example, the year I was finally expelled, ostensibly for smoking, the son of a prominent Holocaust survivor rabbi joined our grade after being kicked out of the yeshiva he’d attended for selling cigarettes to the other boys.

And there was so much wrong with me that began from first principles, even if I hadn’t started wandering way off that derech. Russian Jews immigrating away from Soviet religious intolerance were a wonderful object of charity for this Jewish community. That rescue narrative couldn’t have been written better if someone had made it up. But we often worked out better in theory than practice. This day school accepted many of us on partial scholarships, but they never let us forget that we were there on that sufferance. Sure, stereotypically enough, many of us were assets to the math team. But we were also the school’s Great Unwashed, a horde of loud, barbaric outsiders who didn’t know the rules and couldn’t make up for that by at least having the decency to be donors.

I remember that same Hebrew studies principal asking me if I thought he should keep me at the school for “humanitarian reasons.” The question was obviously rhetorical. But in the charged confines of that tiny office, he paused, leaving a space for me to answer, as if he was asking in the honest spirit of inquiry, in a civil discussion of ideas between equals.

He also told me that I’d damaged some of the important families by being friends with their children. As in many class systems, we poor, defective outsiders were seen as a contagion. The school often mobilized to cut the infection of that bad influence out, and I was a bad influence par excellence.

Even years later, it’s hard to tease out class as one factor in that tangle of clashing cultures and religious dogma, that whole psychosocial mess. But Modern Orthodoxy is a moneyed enterprise in its very tenets: it’s premised on a 50s middle class American Dream, a nuclear family lifestyle in the suburbs with a house and a car, white-collar professional jobs for the parents and an expensive college education for the children, all seamlessly meshing with measured religious observance. Capitalist success was always what we were being trained for. They never offered us any alternative models for achievement. I didn’t learn about the long tradition of Jewish activism, for example, from European anarchism to the Southern civil rights movement, until well after I left.

Looking back on my time at the school in my twenties, I often thought I must be exaggerating the discrimination I experienced there in my selective memory. I thought that I was playing Poor Little Match Girl; poor me, offered the opportunity to receive a high class education at a school which sent so many of its graduates to Ivy League colleges!

Then, in 2010, I started a Facebook support group for ex-attendees, and our belated Breakfast Club let me know that I was far from alone. Scores and then hundreds of people began to post daily, sometimes hourly, about the school’s caste system, and how it demoralized those who didn’t fit in. Turns out I wasn’t exaggerating.

Still, even now, it’s hard for me to write this. Could I really carry so much internalized anti-Semitism that I’ll affirm the stereotype that money matters this much to Jews? And I hear that the school I suffered through in the 90s has repented and changed many of its ways.

But through all my years there, money was the one thing I couldn’t talk about, the thing I groped around for without ever really seeing, always thinking there was something deeply, individually awful about me which made me merit this treatment instead.

Caty Simon is an activist, dilettante, and writer in Western Massachusetts. She co-edits Tits and Sass, a blog by and for sex workers.