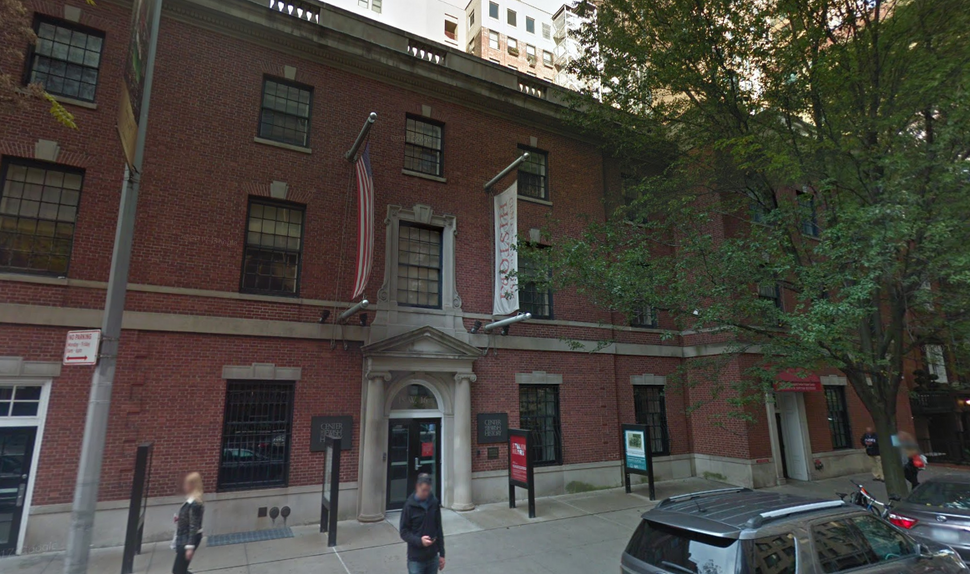 Welcome back to Jane Looking Forward a little more than a week before the High Holidays. Remember, if you wish to continue reading this weekly newsletter, sign up here. And please share with your friends and community!

It appears that the campaign to oust David Myers from his new position as president and CEO of the Center for Jewish History has backfired, at least for now. I hope there is a lesson in that.

Myers, a respected historian at UCLA, was targeted by two public relations operatives in New York City, where the center is located, shortly after assuming his new post this month. His detractors — Ronn Torossian and Hank Sheinkopf — placed an opinion piece in a few friendly media outlets asserting that Myers should be fired because of his support for left-wing Israel advocacy groups such as IfNotNow, New Israel Fund and J Street.

“He’s an enemy of the Jewish state,” Sheinkopf told my colleague Josh Nathan-Kazis.

I don’t know Myers well, but the utter absurdity of that charge should be evident to anyone. It was certainly evident to the many hundreds of scholars here and in Israel who came to Myers’s defense, including decidedly mainstream academics Jonathan Sarna and Rabbi David Ellenson, who wrote in the Forward that Myers’s writings “are unquestionably supportive of Israel’s basic right to exist” and are “models of responsible public intellectual discourse.”

It’s Sarna and Ellenson’s second point that is most important. If Torossian and Sheinkopf wanted to debate the merits of Myers’s appointment — and remember, the Center is a scholarly institution, not an Israel advocacy group — then they should have done it responsibly and intellectually, not as a smear campaign of innuendo and false accusations laced with toxic meanness.

They alone don’t get to decide the leadership of communal institutions. As Mark Oppenheimer wrote in the Los Angeles Times, “In saying which Jews deserve to work in the community, Torossian and the others are constricting possibilities for Jewish life — by using threats to try to get a man fired.”

At a basic level, this outrageous tactic should be forcefully countered, whenever it occurs, from the right or the left. And, apparently, in this case, it has been. Though Torossian claims that he will continue to target donors of the Center, Myers has retained the support of his board and a wide array of thought leaders. He is, he told me, “gratified by the response of so many of my colleagues, here and in Israel.”

The system worked. This time.

What I’ve been writing. I tried to defend Ivanka Trump against those who referred to her using sexist language. I really did. But what’s a feminist to do when her father, the president, uses the same misogynist tone?

What I’ve been reading. Ever since President Trump announced an end to the Obama-era program that deferred deportation of the children of immigrants illegally in the United States (DACA), I’ve read many heartbreaking stories about these young adults suddenly at risk. But none moved me the way this piece did. It’s from a young woman named Shine Cho who is associated with the Student Press Law Center, a small not-for-profit organization that aids student journalists in high school and college, and whose board I chair.

Shine’s parents brought her and two siblings to California from South Korea 16 years ago. She went from speaking no English to being the editor-in-chief of her high school newspaper, winning a full scholarship to college, thriving as an immigrant in a welcoming community. But her parents overstayed their welcome, and Shine’s status was uncertain until Deferred Action for Childhood Arrivals was enacted in 2012.

“How I ended up in this situation is a long story,” she wrote in her high school newspaper, “but here’s what you need to know: My parents are not criminals. At 2 years old, I did not decide to fly across the Pacific Ocean to take your job. These are the narratives you’re used to hearing about undocumented immigrants, but they do a poor job of explaining an unjust system that leaves families in these difficult circumstances.”

Public policy cannot be built on a few heart-wrenching anecdotes. But there are nearly 700,000 people like Shine, and to deport them now is cruel and self-defeating. As a Jew, as the daughter of an immigrant, I need to remind myself of stories like Shine’s every day. That is why I asked her permission to share it with you, and I ask you to share it with others. As Shine wrote, “I ask for your empathy to see how national policies, even the most obscure, could impact your neighbor and friend.”

Looking forward. As a most delicious part of our 120th-anniversary celebrations, the Forward is asking readers to participate in the Forward Food Choice Awards. What’s your favorite Jewish bakery? Israeli restaurant? New kosher packaged food? The ballot alone will make you hungry. I promise.

Also coming soon: My interview with the former United Nations ambassador Samantha Power, who spoke with me about her deep friendship with Elie Wiesel, why he’d be on a plane to Juba if he were still alive, and why Twitter is sometimes bad for her health. Until then, write me at JaneEisnerEIC@forward.com

Thanks for being such a devoted reader of Jane Looking Forward. To continue receiving my weekly newsletters, sign up here.