No, The Voynich Manuscript Hasn’t Been Decoded. Here’s Why These Failures Persist. 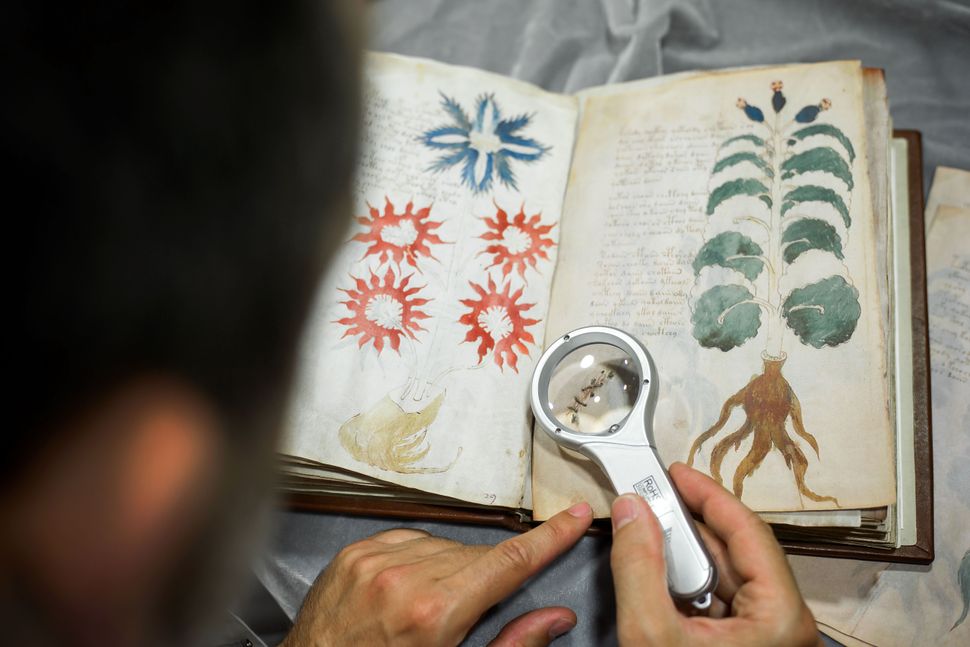 Last week there was a high-profile story in the Times Literary Supplement claiming that the mysterious Voynich Manuscript had been deciphered.

The Voynich Manuscript has long bedevilled would-be code crackers. It is a handwritten book in an as yet undeciphered language. It’s a couple of hundred pages long, containing text interspersed with images ranging from the mundane, such as a water lily, to the bizarre, such as naked women bathing in weird plumbing systems. It was discovered in 1912 by Wilfrid Voynich, an antiquarian bookseller with a colorful past, allegedly among a collection of old books in an Italian seminary.

Last week boasted a revelation, followed by a familiar pattern: The hyped-up claim made the rounds on the internet, only to be swiftly demolished by people who actually knew anything about the topic.

It looks like a simple distinction, but in reality it’s often responsible for serious misunderstandings. The Voynich Manuscript is a classic example.

The Voynich Manuscript first received serious attention toward the end of World War II. Some of America’s top code breakers were waiting for demobilisation, and passed the time by cracking old unsolved codes. They cracked every other old text within days, but got nowhere with the Voynich Manuscript.

At this point, they switched to being heavily instrumental, because they knew how important good codes were. The U.S. victory at Midway happened because those same code breakers had broken a key Japanese Imperial Navy code, allowing the U.S. Navy to set a trap. If the manuscript contained a code so good that they couldn’t crack it easily, then it could be very useful indeed.

The more the code breakers studied the Voynich Manuscript, the more difficult it turned out to be.

The illustrations are often described as if they were remarkably bizarre, but they’re actually well within the range of weirdness for medieval manuscripts (an image search for the Luttrell Psalter is an interesting comparison). The manuscript looks similar to a book type known as an alchemical herbal. If so, the contents are likely to be unremarkable. However, from a code breaker’s viewpoint, the illustrations gave clues to what should be in the text. There were numerous pictures of plants. If the text matched the illustrations, then that would be an easy way in to the code. You’d expect text about plants to include words like root and leaf and flower, for instance.

That didn’t happen. There were none of those regularities; a few words occurred slightly more often than would be expected by random chance, but that was all.

The text itself had complex statistical regularities. Those regularities should have made the text easy to crack. Instead, they ruled out all the obvious explanations, such as an unidentified language, and all the known types of code.

They also seriously constrained what type of code might have been used, if indeed there was anything meaningful in the document. However, the complexity of those features was so high that nobody could see any way of producing the text as a meaningless hoax using medieval technology.

For the next 50 years, research into the manuscript remained academic and instrumental. Then the internet changed the game. A new set of amateur enthusiasts became involved.

Some of these amateur enthusiasts approached this as a highly instrumental exercise in finding a solution, with all the hard background work that was entailed. There’s a lot of solid scholarship about the Voynich Manuscript, and most of it is complex, detailed and specialist.

Increasingly, though, the new enthusiasts treated the manuscript primarily as an expressive activity (Hey, look at me, I’m working on this really cool thing!). At best, this led to re-inventing the wheel. At worst, it led to the sort of petty squabbles and name-calling that are depressingly familiar in online comments sections.

The Times Literary Supplement article is a good example of reinventing the wheel. It’s just another claim that the pictures match the text, complicated by the use of medieval Latin abbreviations, and by sections of the manuscript having been lost. It’s plausible at face value, but it was comprehensively demolished years ago by professional code breakers who tested it against the detailed reality, and found that it failed miserably.

My own work on the manuscript started off as lunchtime reading; I like solving mysteries. It soon turned instrumental, as a test case for work I was doing on errors in expert reasoning. I published a couple of papers in Cryptologia, a journal specialising in ancient codes and ciphers. In the first, I showed how the odd qualitative features of the text could be produced using medieval technology, as a meaningless hoax text. In the second, I showed how the odd statistical features could also be produced using the same medieval technology, again as a meaningless hoax text. This didn’t prove that the manuscript was a meaningless hoax, but it did show that a hoax was possible.

So, for professional code breakers, there was now a possible, unremarkable solution, and the question shifted to whether or not the manuscript contains meaningful text. I’m not involved in that debate; it’s outside my areas of expertise and interest.

But over the past few years, the manuscript has become a usual suspect on the ancient mysteries circuit. It fits comfortably in that world. Its mixture of mundane and bizarre images gives everyone a chance to weigh in with their speculations about what it portrays.

In terms of expressive behavior, the online world is a great leveler. If you want to argue a case in an academic journal, you have to write it up and get it past critical reviewers, which takes a lot of time and effort. Making a claim in an online forum, on the other hand, takes only a few seconds. This is a problem because questions are usually short, and answers are usually long, sometimes very long, and they require significant technical knowledge. The medium favors the quick, expressive jab over the slow, unexciting, instrumental answer. Conducting a debate over complex practical problems via clickbait sound bites is not a recipe for good solutions.

Here are the steps that led to last week’s “solution” to the Voynich. It follows a familiar expressive trope, and was based on the following assumptions: (1) You can solve this problem with some common sense and practical knowledge. (Subtext: Experts don’t have either of those things.) (2) You can see for yourself what is actually going on: The pictures are about medicinal plants and medicinal baths, so the text is about medicine. (Subtext: You, the reader, can see the truth immediately without needing to spend any time reading what the experts say.) (3) Here’s a vivid anecdote that supports the common sense explanation, in the form of a proposed translation for a couple of lines. (Subtext: Our group’s confirmation-bias anecdote trumps the other group’s data.) (4) We can now treat this explanation as true. (Subtext: Our group values are right; this explanation is now part of, and a marker for, our group identity.)

The instrumental trope for tackling the problem is very different. It would follow the following thought process: (1) Here’s a possible explanation: The text on a page relates directly to the picture on that page. (2) What would happen if this explanation were correct? Some words would occur mainly on pages about a particular topic, e.g. words relating to plants would occur mainly on pages about plants. Once you’ve identified those particularly common words, you can start working out which of those words mean what. (3) Does this actually happen? No, it doesn’t. That’s been checked for before, numerous times, over the last seventy years, and it simply doesn’t happen. You see the occasional case where a word happens to look a bit like the English name for a plant, or whatever, but there’s none of the regularities that you’d expect if the text actually did correspond with the pictures. (4) If they don’t, then that explanation is wrong, and you look for another possible explanation. Maybe it’s a complicated code, or maybe the images are only related indirectly to the text, or maybe it’s a meaningless hoax; the sort of explanation that requires a lot of boring, grueling attention to detail, that the experts are testing because all the obvious common sense explanations have already been tried, and simply don’t work in reality. The world is often like that.

In future, a little less expressive behavior, and a little more instrumental behavior, is what the Voynich Manuscript needs and deserves.

Gordon Rugg is a Senior Lecturer at Keele University, UK, and a director of Hyde & Rugg, a problem-solving consultancy.

No, The Voynich Manuscript Hasn’t Been Decoded. Here’s Why These Failures Persist.