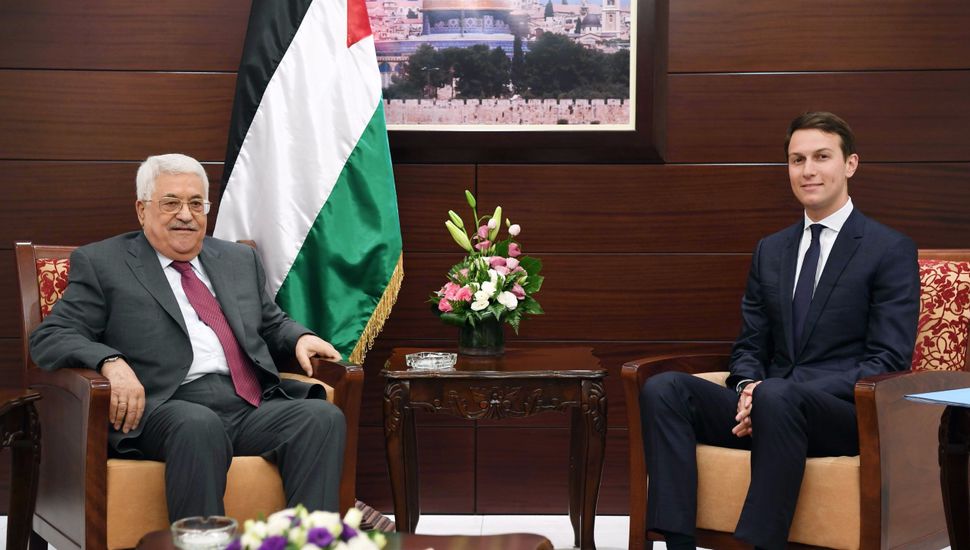 All the principals destined to be involved in the Trump administration’s much touted “ultimate deal” between Israelis and Palestinians are heading for the United Nations General Assembly on Tuesday, September 19. In the coming days, President Trump will meet in New York with Israeli PM Benjamin Netanyahu and possibly with Palestinian leader Mahmoud Abbas (Abu Mazen).

This, then, is a good opportunity for an interim summing-up of Trump’s efforts thus far to re-launch the Israeli-Palestinian peace process.

We begin with the bottom line: the regional and international circumstances are so adverse that it is almost impossible to conceive of a successful peace effort in the Middle East by any administration. The aging Abbas’s increasingly questionable staying power, coupled with internal Palestinian divisions between the PLO in the West Bank and Gaza-based Hamas, render it impossible to identify a single responsible Palestinian negotiator. On the Israeli side, the dominance of ultra-nationalists in Netanyahu’s government and the prime minister’s own ambivalence are equally as predictive of failure.

The surrounding Arab world remains chaotic. Trump is ambivalent about American Middle East goals, particularly in Syria where a looming Russian/Iranian triumph worries Israelis and Arabs alike far more than does the Palestinian issue. Netanyahu is busy recruiting clandestine Arab allies who are so frightened of Iran and ISIS that for the moment they are ignoring the fractious Palestinians.

Thus it is hardly surprising that the efforts of the Trump administration appear to be going nowhere. Still, even the most superficial assessment must conclude that in his eight months in office Trump has also gone out of his way to stack the cards against a successful Middle East mediation effort.

US Negotiators Jared Kushner and Jason Greenblatt are both veteran financial and ideological supporters of Israel’s West Bank settlements—a major stumbling block in any negotiations. They have refused to commit the administration to the two-state solution that has been the focus of American policy since the George W. Bush administration. Another settlement supporter, US Ambassador to Israel David Friedman, recently referred to the “alleged occupation” of the Palestinian territories, thereby undercutting the territories-for-peace principle, yet another logical premise of any negotiated outcome.

All three Trump appointees lacked any background and training in Middle East affairs prior to taking on their jobs. Kushner is under a darkening cloud over his past Russian ties. The entire Trump effort looks either hopelessly amateur or malevolently cynical.

Trump’s emissaries’ saving grace thus far has been the fact that they are polite and are good listeners. With Netanyahu’s support, they also talk enthusiastically about bringing investments to the West Bank. They have co-opted already developed projects for bringing electricity to the northern West Bank and harnessing energy and desalinated water from the Dead Sea. However put off Abbas may be by the entire performance and however skeptical about peace prospects, he can hardly object to investments.

Kushner and Greenblatt have also toured the wealthy Arab monarchies of the Gulf and returned with the message of a regional framework for Israeli-Palestinian progress. This dovetails nicely with Netanyahu’s scheme to leverage Arab fears of militant Islam as a vehicle for enhancing security cooperation and high-tech acquisitions. For most Arab countries, the Islamist threat is a far more compelling issue than the dysfunctional Palestinians.

But it is hard to detect even a hint of a pay-off in the form of serious Arab pressure on the PLO to adopt more flexible negotiating positions or, for that matter, overt “normalization” with Jerusalem as an incentive to greater Israeli flexibility. Besides, even the “moderate” Sunni Arabs aren’t united enough to act in concert: the Saudis and the Emirates are hopelessly at loggerheads with Qatar and everyone but Qatar is angry with Gaza-based Hamas.

So Abbas can be forgiven if his General Assembly speech turns into an angry rant against just about everyone. And Netanyahu’s address will radiate alarm about Iran and complementary smugness about the promise of Israel’s mostly clandestine security relations with the Arabs.

There will be no “ultimate deal” this time around. There probably won’t even be symbolic progress. Israel and Palestine will continue sliding down a slippery slope toward an ugly, conflicted one-state reality. Another failed peace process will almost certainly usher in more Israeli-Palestinian violence and discord. The only question remaining is whether and how Trump can call off his misguided effort without losing face. Presumably the next genuine Middle East crisis will afford an opportunity.

Yossi Alpher is the author of No End of Conflict: Rethinking Israel-Palestine. He is former director of the Jaffee Center for Strategic Studies at Tel Aviv University.