Is It Way Too Expensive To Become A Jew? 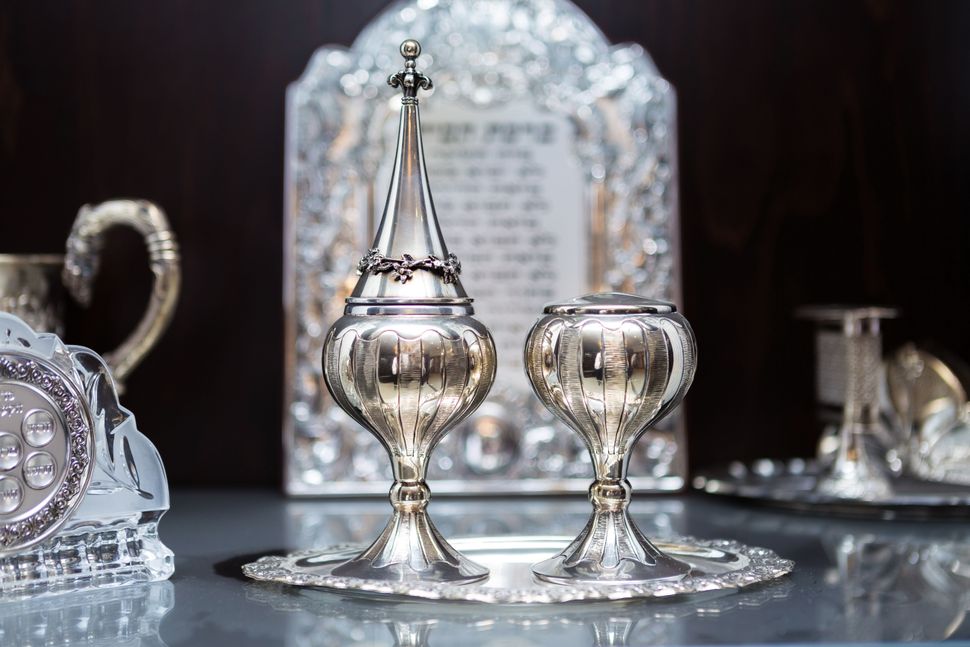 This essay is part of our ongoing series, Outside the Bubble: Class and Inequality in the Jewish Community. It explores the class divides in Jewish communities of all denominations, and the financial struggles that belonging to these communities can incur. Please email your thoughts and essays to batya@forward.com.

In the world of Orthodox converts, there’s an apocryphal tale of a convert who, upon balking at the cost of conversion, was told by their conversion rabbi, “If you can’t afford this expense, you won’t be able to afford being Jewish.” What is even more disappointing than the fact that becoming Jewish has (for many) a prohibitively large price tag is that this conversion rabbi had a point: If you can’t afford a $500 fee for the beit din, you’re unlikely to be able to afford Jewish life.

The cost of being an Orthodox Jew is famously astronomical. Recently for the Times of Israel, an anonymous American father of four wrote about how his family “does Jewish” for $40,000 a year. It’s an astronomically large sum for most non-Jews to consider — and a paltry amount for anyone in the Modern Orthodox world the father occupies.

But what people don’t realize is that for converts, the financial burden of Orthodoxy is sometimes simply too much to bear. Five years ago, Orthodox convert Skylar Bader wrote a similar story on her blog. In a post called “Why Being An Orthodox Jew Is Expensive,” Bader listed the high costs assocated with taking on observant Jewish life. Outside of standard costs like a nominal mikveh fee and a few hundred dollar honorarium for the rabbis on the Beit Din, those converting to Orthodox Judaism must purchase all new dishes, pots and pans, move to and then live in a Jewish community, and purchase ritual objects like mezuzahs and tefillin for men.

In addition to the expected expenses associated with secular Jews becoming Orthodox, converts often face the added expense of paying for tutoring out of pocket. While outreach (kiruv) organizations exist to teach secular Jews about observance with the hopes of steering them towards an Orthodox lifestyle, these options are not offered to non-Jews hoping to become Jewish, and are usually limited to those who are already Jewish. Those in the conversion process are often forced to pay out of pocket for classes and one-on-one tutoring. While the time of those tutoring is of value, converts, already buckling under the weight of the thousands of dollars required to adopt an Orthodox Jewish life, are unable to pay up for additional tutoring, which is often required.

In addition to all that, converts are usually young folks who aren’t yet established in their careers with lots of disposable income on hand. In a survey of those who went through the process of Orthodox conversion within the RCA framework, 45% of those who responded were between the age of 20-29.

Sometimes, conversion is expensive. And sometimes, it’s too expensive.

I spoke with one woman, Laura LaFianza, who spent six years trying to convert to Orthodox Judaism before deciding to leave the process. Her family’s main stumbling block? Finances. While the circumcision of her baby was somewhat affordable due to a willingness of the mohel to barter, the procedure for her older sons was far more complicated in nature. In that case, the mohel was far less willing to work out a solution, and while promises were made by community rabbis about offering financial assistance, none materialized.

But the financial difficulties only increased from there. After moving her entire family to a Jewish community to convert, LaFianza was shocked to discover the price tag on day school education, which was mandatory for conversion. While many other members of the community relied on their parents to pay for their children’s education, LaFianza had no such safety net. Despite promises of scholarships, the remaining amount that would have been owed was so prohibitively large that she decided to educate her children at home. Thanks to the pro-bono help of individuals in the Jewish homeschooling community and in her community, she made headway, but LaFianza could not obtain a definitive dispensation to homeschool while in the conversion process.

In other words, her conversion came to depend on her shelling out thousands and thousands of dollars she did not have to educate her children in an Orthodox day school.

Eventually, it all became too much. As she told me recently, “If it were not for the kindness of individual people who helped us we never would’ve lasted nearly as long as we did. But we were set up to fail.” It was a huge disappointment. “I thought becoming religious would be a blessing for our family, but it just ripped us apart. It destroyed us.”

Another convert, Karen, had a similarly dispiriting story. “We left one community in large part because we were told repeatedly that our children would never find a shidduch because we had chosen to send our children to public school and supplement Judaics with tutors rather than bankrupt ourselves to pay the outrageous tuition bills for educations that would never have met the needs of our childrens’ special needs anyway,” she explained.

While those born-Jewish can and do freely choose their family’s own educational path, those with a conversion background don’t have the same luxury. Those still in the process must pledge to send their children to day school, and afterwards are subjected to a great deal of guilt if they opt out of the system they swore (to God — literally) they would buy into.

According to Jewish tradition, rabbis are supposed to try to turn converts away from Judaism in order to ensure their commitment to observing its commandments. Unfortunately, because of the finances of the Orthodox world, even those fully committed to Judaism and observance are turned away implicitly and sometimes explicitly without recourse solely due to an inability to pay.

Is It Way Too Expensive To Become A Jew?