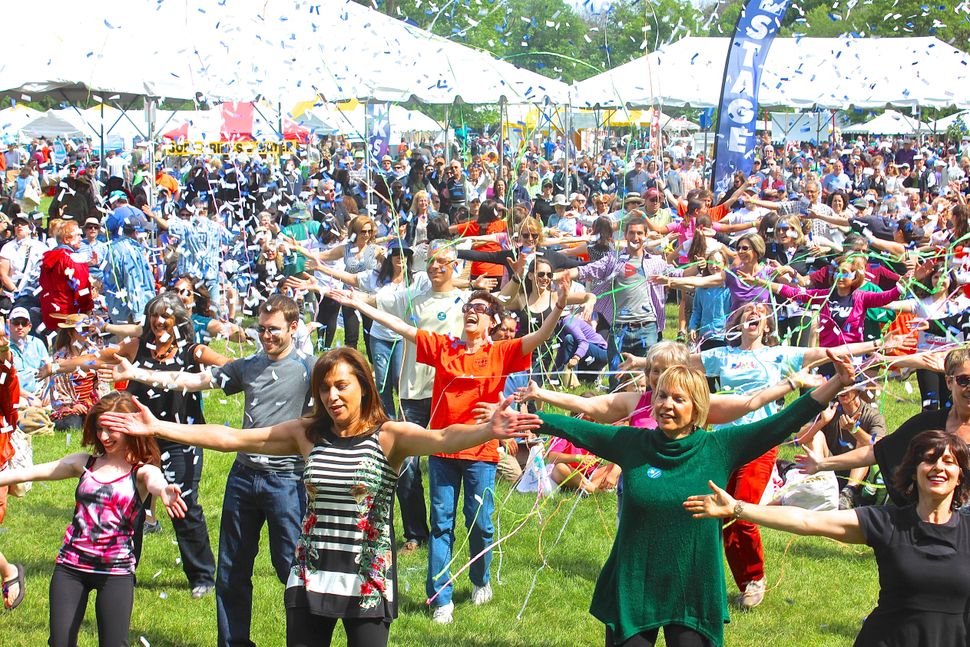 My friend Leslie Mirchin told me once that this is the best moment in Jewish history. I said that couldn’t be true. Everything is going wrong. Israel is a mess. In America, Judaism means less than ever to ever-more people. In France, Jews are fleeing violent anti-Semitism of a sort that I thought had disappeared.

In Tel Aviv, where I live, people have taken to wishing each other a good new year with a horrid little 13th-century verse by a French cantor named Avraham Hazzan Girondi: Tikaleh Shannah ve-Kiloteha, May the year and its curses be extinguished.

In truth, the past year has been a hard one. It began with 1,773 wildfires covering thousands of acres from the Dead Sea in the south to Nahariya in the north, destroying hundreds of apartments, leaving thousands homeless and spurring alarmed politicians to accuse Palestinians of launching an “arson intifada.” (In time, these accusations were shown to be false.) There were fewer political murders this year than the one before, but stabbings, shootings and car rammings continued; in July, a 70-year-old named Yosef Salomon was stabbed to death, along with his daughter Chaya and son Elad, in his home where family had gathered to celebrate the birth of his grandson. It was in this year that Israel Defense Forces medic Elor Azaria was tried and sentenced for shooting in the head a Palestinian immobile on the street of Hebron, who himself had just stabbed a soldier. We marked the 50th anniversary of the Six Day War this past June, and with it the 50th anniversary of the occupation. The attorney general investigated the prime minister for a variety of corruptions throughout the year; a past president and a past prime minister quietly returned home from prison, where they served for rape and influence peddling.

The year was tough for Jews in America, too. The Republican presidential candidate posted a video of Jewish financiers, decrying their unpatriotic avarice. After the election, graves were desecrated in Jewish cemeteries, tombstones toppled and were covered with swastikas. Bomb threats were phoned into yeshivas and Jewish community centers. Nazi-types marched, chanting, “Jews, you will not replace us.” President Trump hesitated to condemn any of this. Jews were ejected from a feminist protest in Chicago for carrying a sign bearing a Star of David. Anti-Semitism seemed to be rising from all directions.

This inventory of woe offers reasons to worry, for sure. But it is also misleading. In our long history, Jews have never been safer than we are today. We have never been wealthier. One hundred and thirty-five years separate us from the wave of Eastern European pogroms that scattered broken and impoverished Jews across the world. Ninety-three years separate us from the framing of U.S. immigration laws meant to keep undesirable Jews from becoming Americans. Eighty years separate us from the Nuremberg laws and the start of the Holocaust. Sixty-nine years divide us from the establishment of Israel, a country of 600,000 that, in just a few years, doubled and then redoubled itself with refugees from Europe, Northern Africa and the Middle East. Our grandparents, and theirs, would be astonished by what their descendants had suffered and survived, and what they have achieved.

And they would be astounded by the new life that has entered Judaism itself. By women ordained as Orthodox rabbis in Israel. By LGBTQ synagogues. By the rekindling of Jewish life in Berlin. By the vast Limmud conference in England, and the tiny one in Bulgaria. By 10,000 dancing ecstatically in the Tel Aviv port to Israel’s hottest band, three sisters singing traditional Yemini Jewish songs. By a Hebrew best-seller reimagining the spiritual life of Maimonides. By a wise and whimsical feminist podcast in Yiddish. By a kid airlifted from Gondar with nothing and becoming a Member of Knesset.

What our grandparents, and theirs, would think if they saw these things is that we succeeded against all odds. It all worked. The Jews who left Eastern Europe for America in hope of finding material success and spiritual freedom, they succeeded. The Jews who left Europe, North Africa and the Middle East for Palestine and Israel, in hope that the place would become a factory of new Jewish energy and identity, they succeeded, too.

Abraham Joshua Heschel wrote that “the truth of being Human is gratitude, the secret is appreciation.” He added, as a warning, that “mankind will not die for lack of information; it may perish for lack of appreciation.” I know that our successes in the past generations do not diminish our failures or the dangers we continue to face. I know the fact that Israel has produced so much of worth for Jews does not erase the bad it has done for Palestinians.

I also know that to call for appreciation in a moment of general despair is cloying. Appreciation unaccompanied by angst, when so much is going wrong, seems willful and irresponsible. There are real problems that demand our attention. What Heschel saw, though, is that angst unaccompanied by appreciation is also irresponsible. It hobbles us, draining us of the forces we need to improve things, and of the love needed for others as partners in making change.

It took me years, but I see it now: M friend Leslie Mirchin is right. This is the best moment in Jewish history. And so my first wish for the new year is that these blessings continue. My next is that, when Rosh Hashanah ends, we together roll up our sleeves and get back to work on the rest.