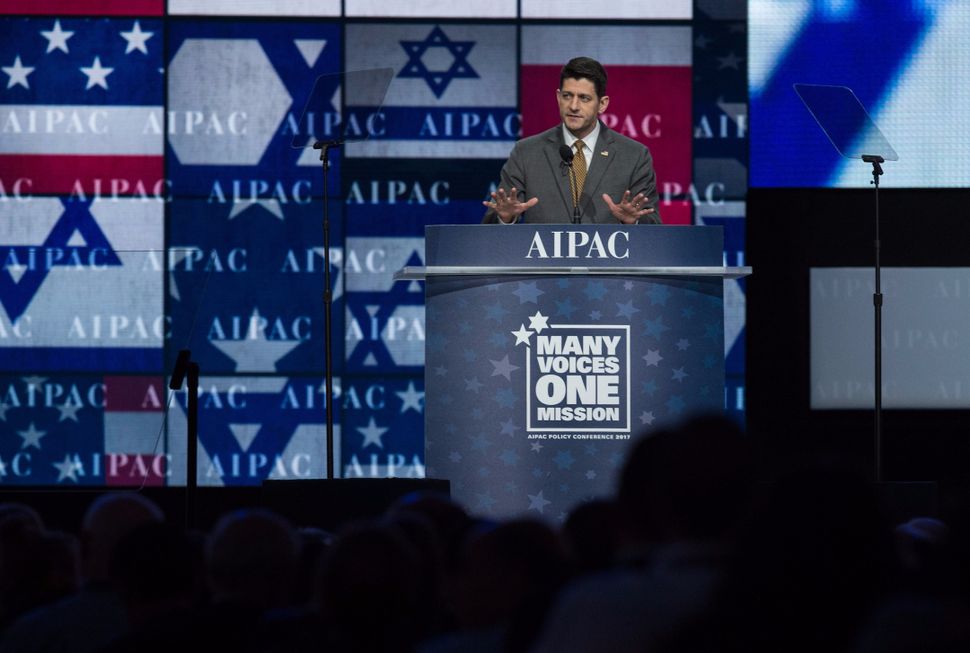 In a new article published in The Forward, Stephen Walt claims that time has proved his and John Mearsheimer’s writings on the Israel lobby correct. Ten years ago, they wrote that a loose network of pro-Israel political and policy organizations negatively influence U.S. foreign policy toward the Middle East. Yet, Walt’s efforts to show how the last ten years have proven him right would not pass muster in an introductory international relations course. Walt seems eager to fit the evidence to his theory, rather than the other way around.

For the most part, Walt simply identifies U.S. Mideast policies he disagrees with—presumably because of his realist beliefs—and asserts that the Israel lobby has caused them. A more careful examination of the Obama administration’s Israel policy undermines these views. As importantly, several of Walt’s assumptions about how U.S. Mideast policy works are misleading and wrong. Finally, Walt proves incapable of squaring his conception of the Israel lobby with the existence of pro-Israel groups that share his policy views.

President Barack Obama’s Mideast policy proves that the Israel lobby has a much weaker hold on U.S. foreign policy than Walt asserts. After all, President Obama pursued, negotiated, and completed a diplomatic agreement with Iran to limit the scope of its nuclear program. This happened even though Israeli Prime Minister Benjamin Netanyahu and Obama publicly sparred over the deal, highlighted by Netanyahu’s Congressional address, and almost all Walt-identified Israel lobby members opposed the agreement. Walt could argue that this exception proves his rule about the Israel lobby’s influence, but the alternative explanation—that U.S. presidents can advance their foreign policy agenda regardless of this particular lobby’s weight—seems more likely.

Walt’s reading of Obama’s push for an Israeli-Palestinian peace deal also suffers from analytical problems. First, Israel agreed to a ten month moratorium on all new housing starts despite the early resistance to any such limitations on settlement building by the Netanyahu government and its supporters in the United States. Contrary to Walt’s assertions, the United States did pressure Israel into a major concession, but it backfired by hardening the Palestinian negotiating stance. Second, Walt omits any mention of structural issues—Abbas’s lack of legitimacy, Hamas rule in Gaza—that might have prevented Palestinians from agreeing to a deal had Israel reluctantly offered one. Third, he drastically simplifies Netanyahu’s own calculus, asserting that U.S. pressure would somehow force Israel to submit to U.S. wishes. As Walt notes, Israel is a wealthy and powerful country with its own interests. Either Walt thinks the United States should throw the kitchen sink at Israel—cut aid and use sanctions—to reach a deal, or he thinks far too wishfully. What is striking is that Walt omits a discussion of the particulars of Obama’s Iran or Israel policies, opting for one-line arguments about why the Israel lobby’s actions prove him correct.

Walt also makes several assumptions about how U.S. Mideast policy works that are belied by history. U.S. presidents have repeatedly contradicted the wishes of Israeli prime ministers despite objections of the Israel lobby. Before Obama got his settlement freeze, President Carter sold Saudi Arabia F-15s, President Reagan sold the Saudis AWACS, sophisticated surveillance aircraft, and President George H. W. Bush rejected Yitzhak Shamir’s request for $10 billion in Loan guarantees unless Shamir, the Israeli prime minister, froze settlement activity—something Shamir would not do. The Israel lobby is influential except for when it is not.

What’s more, history is not kind to Walt’s assertion that closeness with Israel costs the United States with Arab countries. Presidents Eisenhower, Nixon, Carter, Bush 41 all distanced themselves from Israel, expecting to gain with the Arabs, but did not. Administrations that drew closer to Israel—Truman, Reagan, and Clinton—did not pay a price with the Arabs. While Arab states care about the Palestinian issue, they do not base their relationship with the United States on it. Their most important priority has been their security and survival and, seeing the United States as the guarantor of that, they were never going to make their relationship with America dependent on the U.S. relationship with Israel. (That was just as true during Nasser’s time as it is today with the Arab state perceptions of Iran.)

Finally, Walt does not seem to have clear criteria for who counts as being part of the lobby and who does not. As originally conceived, the lobby would include progressive pro-Israel J Street. It supports a strong bilateral relationship and U.S. military aid to Israel. Yet, Walt repeatedly refers to J Street’s emergence as a positive sign, since the group supports diplomacy with the Palestinians and Iran. It seems that if you agree with Walt on policy, you are no longer part of the damaging lobby. Who made him the arbiter of U.S. interests? Before discovering J Street, Walt seems to have made assumptions that echo those undergirding Valerie Plame’s conflation of neoconservatives, pro-Israel Americans, and Jews. Walt disagreed with neoconservatives, many of whom are Jewish and pro-Israel. Rather than limit his dispute to one about ideas, he blamed what he defined as groups’ irrationally pro-Israel motives for undermining U.S. policy.

How else to explain Walt’s incredibly confused relationship with liberal Zionism? In his article, Walt discusses the contradictions between liberalism and Zionism and lauds anti-Zionist Jewish Voice for Peace before praising leading liberal Zionist author Peter Beinart and pro-Israel, pro-peace lobby J Street. He goes on to contend that pro-peace liberal Zionists represent the best hope for a Palestinian state, “secure Israel,” and “the strong bonds of the U.S.-Israel relationship.” Nowhere else has Walt said the last two items are even desirable. He has rewritten his theory to accommodate pro-Israel groups that he agrees with, even as he retains his previous conviction that only non-Zionists could thwart the Israel lobby.

It seems that much has changed over the last ten years. Walt has watched an American president repeatedly clash with the Israeli prime minister on foreign policy issues with the concerted support of American Jews. Were Walt to study history more closely, he would see that Obama’s clashes echo those of Carter, Reagan, and Bush 41 or that J Street’s efforts resemble those of Americans for Peace Now and the Israel Policy Forum. Instead, Walt celebrates the co-emergence of a President backed by pro-Israel groups that share some of Walt’s views as a unique phenomenon, missing that even the pro-Israel community has never been as monolithic as he thought. Walt is right. There is an Israel lobby. Ten years later, he still has no idea what that means.