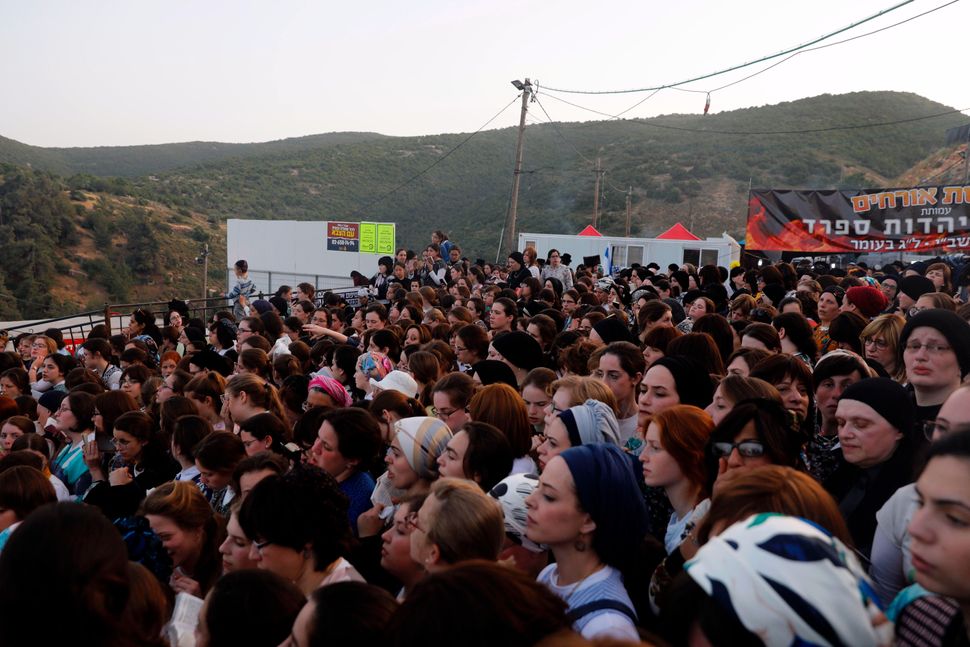 Across the spectrum of Orthodoxy, some women are “checking out.” Whatever the baseline of a given community, from the most conservative to the most “open,” there are some women who want more: For some, this might mean that they wish their education had enabled them to help their young sons with Torah homework, while others want to be welcomed into the rotation of teachers at their synagogue’s daily Talmud study group. Some want a woman on the bimah at their synagogue, while others simply wish their rabbi’s wife had taken a few courses in pastoral care. Frustrated with a lack of opportunities, many women become mentally and emotionally disengaged, even as they remain superficially involved in the same synagogues and schools.

Recently, this anecdotal observation – shared by many women over coffee dates or shabbat meals, but not always taken seriously by communal leaders – was backed up by some data. At the end of September, Nishma Research released a survey of American Modern Orthodox Jews. One surprising finding: more than half of Modern Orthodox Jews fully or “somewhat” support women having expanded roles in the clergy. That number drops significantly when respondents were asked specifically about women being granted titles signifying “rabbinic authority.” Still, the finding confirms that discontent about the opportunities for female leadership within Modern Orthodoxy is a powerful cultural force.

A small caveat before jumping in: Analyzing Jewish demographic surveys is often something of a Rorschach test. How many analyses of Pew did anything but reaffirm what people already believed to be the case? The Nishma report is no exception. The report is based on an opt-in study conducted over the internet, a problematic methodology because it favors self-selection. The authors are aware of the study’s limits, and warn us to “draw conclusions only if the findings are rather pronounced and we have good theoretical reason to believe them.” With that in mind, let’s take a closer look.

The survey asked respondents about their feelings regarding synagogue policies that affect women, from what religious classes are available to women, to whether women may recite the mourner’s kaddish unaccompanied, to whether the Torah should be passed through the women’s section during services. Some of the proposals were more popular than others, even among women. Still, across the board women favored each policy more than men, while the men who responded were more likely than women to be satisfied with the status quo in their communities.

But for all the women’s issues covered, higher percentages of both men and women expressed support for the policies than expressed satisfaction with the status quo. In other words, inclusive policies toward women are not being implemented at levels commensurate with their degree of lay support.

These results, taken together, make perfect sense. Even for issues much less explosive than female rabbis, like accessibility of text-based Torah study classes or “woman-friendly” mechitzah configurations, the status quo does not match the preferences of many people, and the people most affected – women — are the most dissatisfied.

That dissatisfaction is not limited to particular subcommunities is borne out by the study’s results regarding women as synagogue presidents, which was also the only issue where responses were broken out along the lines of religious subgroup. Female synagogue presidents are considered extremely controversial among many Modern Orthodox rabbis. Synagogue bylaws often prohibit female presidents (though this is changing), as does the National Council of Young Israel for its member synagogues.

Nevertheless, despite all of this institutional disapproval, 29% of even the most right-leaning Modern Orthodox respondents (“Right Centrist”), and more than half of “Centrist” respondents support female synagogue presidents.

Unlike the other synagogue practices, support for female clergy is sharply divided by subcommunity. Among the furthest right group, labeled “Right Centrist,” 80% do not agree even “a little” that women should have expanded clergy opportunities. On the flip side, a similar number — 85% — of the left-most group, the “Open Orthodox,” support female clergy fully, and only 4% oppose. And while 94% of Right Centrist respondents do not support rabbinic-authority titles for women, 84% of Open Orthodox respondents support such titles fully and 60% support it somewhat.

In fact, it is the question of rabbinic titles for women that “most divides” self identifying “Open” or “Liberal Modern” Orthodox from center-right respondents.

Many speculate that women’s ordination will become so divisive that it will split Orthodoxy in two. And some might see this as a win-win: the left will get female leaders, and the right will get to avoid them.

But this is a false solution. Female dissatisfaction exists across all subcommunities, which means balkanization does not solve the larger problem. In fact, it will hurt women across the board.

Narrowing communal identity through self-segregation means that women who stay in a right-leaning subgroup will face higher barriers to practices that were previously acceptable in at least some corners of their own broader community.

On the other hand, the segregation of supporters of women’s ordination into the “Open” corner may cut off some female rabbis from the communities with which they most identify or which they would be best situated to serve. Orthodox women who pursue ordination have purposefully chosen an Orthodox path because of their deep personal faith, ritual, and communal commitments. In contrast, respondents who identified as “Open” or “Liberal Modern” Orthodox are markedly less likely than other Modern Orthodox Jews to rate “Orthodox Observance” as very important to their lives (53% vs. 80-92% in the center and right-leaning groups). Deeply committed Orthodox women should not be cut off, whether as clergy or as constituents, from communal institutions that share their values.

Segregating Modern Orthodox Jews who accept female ordination from those that don’t isn’t only undesirable; it’s untenable as long as women and men share households, and women favor increases in female participation more than men do.

But the alternative extreme, to maintain the status quo in which leadership for women has stalled and women are overall dissatisfied, is also fraught with danger. Disaffected parents have a harder time transmitting enthusiasm for observance to their children.

All told, the persistence of discontent across communities with varying practices suggests that we are quite far from an equilibrium state regarding women in Orthodoxy. Women know this more than men; it’s why they express higher support for inclusive practices and lower support for their communal status quos.

Even those who oppose rabbinic ordination for women seem to understand that the status of women in their communities is a source of discontent that is not going away. Wishing for female clergy without wishing for women “rabbis” is a way of acknowledging that problem and expressing confidence—perhaps misplaced—that it can be solved within Modern Orthodoxy’s current gender hierarchy.

Instead of splitting into ever-smaller ideological fortresses, Modern Orthodoxy ought to go through a process of honest attempts at including women in their own communities, without predetermined outcomes. The way forward begins with listening.

Miriam Gedwiser is on the faculties of the Drisha Institute and the Ramaz Upper School, and is admitted to practice law in New York.