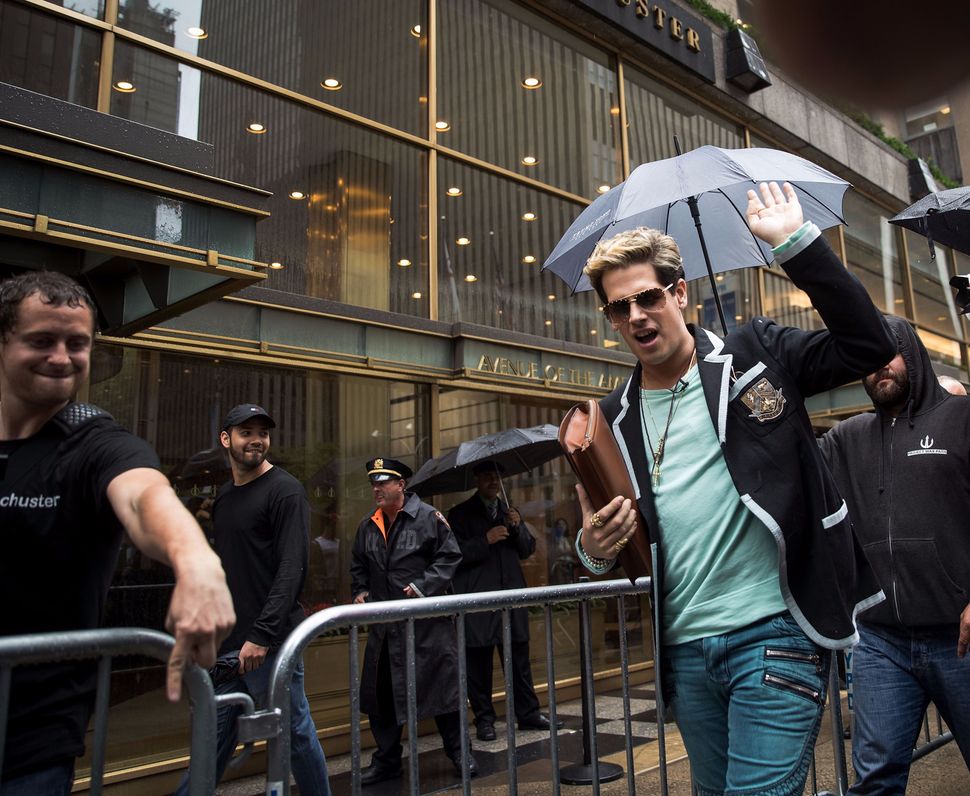 This week, Buzzfeed published a 9,000-word exposé about former Breitbart News star and professional troll Milo Yiannopoulos. The story details his campaign to promote the repugnant movement known as the alt-right. It also contains details to shock even those who already think the worst of both Yiannopoulos and Breitbart News.

Who’d have guessed, for instance, that there was video of Yiannopoulos singing “America the beautiful” in a karaoke bar to an audience in which some people gave Nazi salutes? Or that he used Holocaust-themed Internet passwords such as “kristallnacht”?

The exposé, by Joseph Bernstein, offers compelling evidence that Yiannopoulos and Breitbart chief Steven Bannon have had a deeply toxic influence on American life. But it gets on the wrong track when it uses guilt by association to attack the anti-“political correctness” side of the culture wars.

I speak as someone who was, for a short time, an ally of Yiannopoulos in culture-war battles—and then a harshcritic of his romance with the alt-right.

I got to know Yiannopoulos about three years ago when we both wrote sympathetically about GamerGate, the anti-PC revolt in the videogame community that I still believe was wrongly portrayed as a right-wing misogynist harassment mob (but that’s a story for another day). We were both on a GamerGate panel at a Society of Professional Journalists conference in August 2015. We were also on the same side of some other skirmishes related to feminism and identity politics—such as the hate campaign against British scientist and Nobel laureate Tim Hunt, pilloried as a woman-hater for a misreported, clumsy self-deprecating joke at a science conference, and the ludicrous criminal harassment prosecution of Toronto graphic artist Gregory Alan Elliott over his Twitter wars with a group of feminists.

Even before Yiannopoulos started openly romancing white supremacists, I was increasingly troubled by many things about his conduct—from attack journalism that played fast and loose with the facts to personal vendettas to provocative statements that crossed the line into misogyny and bigotry. (I wrote about this in more detail in a Medium post in March.) While I challenged him on several occasions, I take full responsibility for condoning his behavior and accepting the “just being provocative” defense for the indefensible.

The Buzzfeed article certainly adds plenty of new and appalling material to the portrait of Milo as a far-right shill. I knew that Yiannopoulos’s lengthy Breitbart apologia for the alt-right, co-written with his sidekick Allum Bokhari in March 2016, was awful. I had no idea, however, that (as emails obtained by Buzzfeed show) he sent at least two drafts for preview, corrections and suggestions to alt-right figures including Devin Saucier, an editor at the white nationalist American Renaissance magazine; Andrew “Weev” Auernheimer, administrator of the neo-Nazi site The Daily Stormer; and Vox Day, a sci-fi writer and blogger who thinks that women shouldn’t vote and that mass murderer Anders Breivik is a hero of the European resistance.

It turns out that the Yiannopoulos/Bokhari “guide to the alt-right” wasn’t just a valentine to the movement; it was practically an infomercial.

Nor did I know that Bokhari pitched a second article in defense of the alt-right several months later, killed by Breitbart News editor Alexander Marlow who wrote, “I don’t want to even flirt with okay-ing Nazi memes.” (In response, Yiannopoulos wrote to Bokhari, “We have found his limit.”) Or that Marlow also killed a piece about the Twitter ban of a blatantly racist and anti-Semitic alt-right account that went by “Ricky Vaughn.” Or that Yiannopoulos lobbied to have “Weev” as a guest on his podcast, describing him as “one of the funniest, smartest and most interesting people I know.” Or that he solicited input from Saucier on a number of occasions, telling the white nationalist editor that he was “easing everyone in gently” on such issues as racial differences in intelligence.

In public, Yiannopoulos often claimed that the white nationalists and neo-Nazis were only a minor element of the alt-right and that the bulk of the movement was composed of sensible traditionalists and free-speech-loving, taboo-busting libertarians who only used bigoted memes and offensive language because it annoyed the PC nannies.

It was never a very convincing argument. And after the Buzzfeed story, it’s abundantly clear that Yiannopoulos himself knew it was garbage and that, at least for a while, he actively hobnobbed with the worst of the alt-right—at least until he grew concerned that the “Jew stuff” was bad for his reputation.

Bernstein also has some solid reporting on how Bannon weaponized both Yiannopoulos and the alt-right for his own culture war, and on the unsavory role of billionaire Breitbart patron Rebekah Mercer.

But there is also a long section on Yiannopoulos’s connections with people in the mainstream media, tech, entertainment and other “liberal industries”—people who, Bernstein writes, “resented what they felt was a censorious coastal cultural orthodoxy” and fed Yiannopoulos culture-war ammunition. Among the “hidden helpers” he names are tech entrepreneur-turned-academic Vivek Wadhwa and former Slate tech columnist David Auerbach.

Here, Bernstein is on shakier ground. Thus, he writes that Auerbach “passed along on background information about the love life of [feminist videogame critic] Anita Sarkeesian, the GamerGate target.” That makes it sound as if salacious intimate details were being shared; in fact, as the embedded screenshots show, Auerbach briefly referred to an alleged past relationship between Sarkeesian and Jonathan McIntosh, a writer/director for her Feminist Frequency outfit, while discussing their professional collaboration. (On Twitter, Auerbach wrote that Buzzfeed’s account is “categorically false.”)

Auerbach is now being attacked on social media for “collaborat[ing] with Nazis.” That’s an absurd charge, particularly outrageous given that Auerbach is Jewish and that, as he told me, he has himself been a frequent target of anti-Semitic attacks. His last email to Yiannopoulos, according to Buzzfeed, was sent in early March 2016, several weeks before Yiannopoulos’s flirtation with far-right and neo-Nazi groups became public.

Were people who saw Yiannopoulos as a champion of freedom against left-wing authoritarianism mistaken? Should they have known better? Of course. But they also had valid concerns. If people who gave Yiannopoulos a pass on bad behavior (myself included) were his enablers, so was the politically correct culture that fueled his ascent.

Take some of Yiannopoulos’s mainstream correspondence. Wadhwa was savaged on the Internet for advocating for women in tech in ways that some feminists disagreed with; their response was not simply to criticize but to accuse him of “damaging” women and of profiting from his efforts.

As for Auerbach, his communiqués with Yiannopoulos had nothing to do with alt-right themes such as racial animosity and everything to do with opposing politically correct authoritarianism.

One of his three emails (from which the Buzzfeed screenshot shows only the first line) is summarized by Buzzfeed as offering “the goods” on a supposedly racist friend of Arthur Chu, a Jeopardy champion and prominent advocate for social justice causes. That friend is Benjanun Sriduangkaew, a writer and fellow “social justice warrior” known by her former nickname “Requires Hate.”

Why is this relevant? Because this is a story that shows that the progressive “social justice” culture to which Yiannopoulos fans were reacting can be as ugly and toxic as the culture of Breitbart and the alt-right.

Requires Hate, who also had a number of other nicknames, spent several years harassing sci-fi and fantasy writers and fans with accusations of various heresies against social justice, from cultural appropriation to inaccurate or insensitive representations of women, racial and ethnic groups, gays and other marginalized communities.

Her “criticisms,” which made writers afraid to write and fans afraid to post book reviews—and led to at least one suicide attempt—were frequently accompanied by gruesome fantasies of murder, torture and dismemberment.

Before you dismiss it, this characterization of Sriduangkaew does not come from a Breitbart screed. In 2014, Sriduangkaew/Requires Hate was the target of a Hugo Award-winning investigative report by blogger Laura Mixon; more coverage came from the left-wing online magazine The Daily Dot. It is worth noting that Sriduangkaew’s progressive critics felt compelled to state that much of the hate she spewed was directed at female, gay, and nonwhite authors, not just white males. Nonetheless, The Daily Dot reported that she had defenders who saw the scandal as “an example of white privilege attempting to silence writers of color.” And she continues to be published by reputable sci-fi magazines.

I don’t know that there is much of a moral difference between Requires Hate and the hate groups Yiannopoulos has defended. But that aside, her ability to successfully terrorize large segments of the sci-fi/fantasy fandom and even undermine book promotions says a great deal about the state of progressive culture today. It shows why the anti-PC revolt on which Yiannopoulos capitalized was waiting to happen.

PC culture does not excuse either white supremacists or cynical opportunists like Yiannopoulos. But it creates fed-up people who are ripe for exploitation by both.

Cathy Young is a contributing editor at Reason magazine and is the author of “Growing Up in Moscow: Memories of a Soviet Girlhood”. Follow her on Twitter, @CathyYoung63.