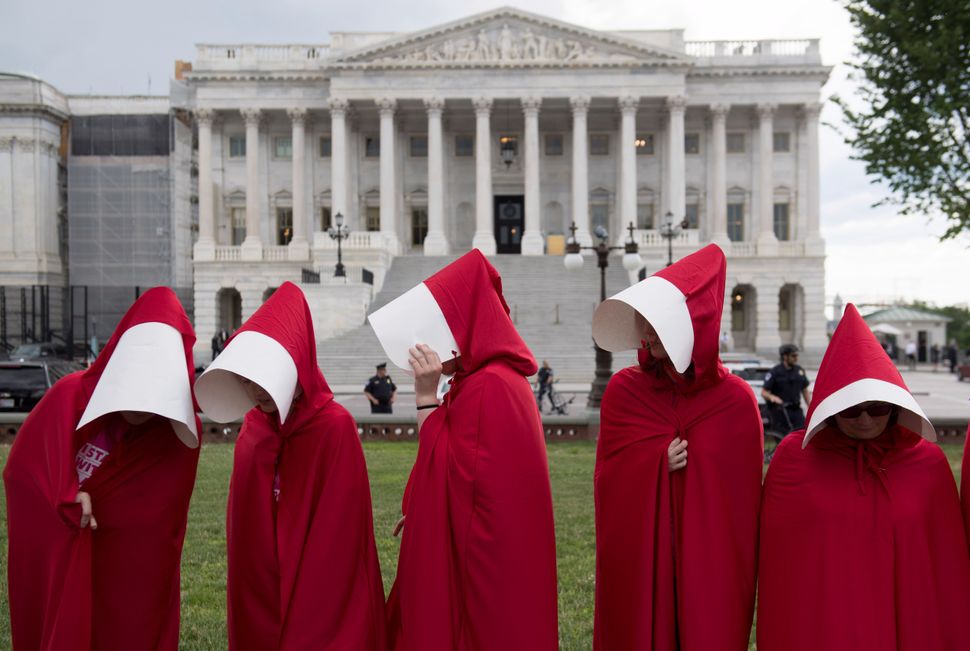 Last week, the Trump administration decided to rollback the 2010 Obamacare mandate on birth control, which required employers to cover birth control as part of their healthcare plans. According to the new rules from the Trump Administration’s Department of Health and Human Services, employers can now request exemptions from providing birth control if doing so is in conflict with their religious beliefs.

The response from the left was predictable. “Only you should have the power to make decisions about your birth control,” proclaimed the ACLU. Even more hyperbole came from the Daily Beast’s senior editor, Erin Gloria Ryan, whose headline exclaimed, “Trump Wants to Give Your Boss Total Power Over Your Birth Control Coverage.” As prominent liberal commentator Lauren Duca explained, we were living in the Handmaid’s Tale before Obamacare came and liberated us. As Duca (tweeted)[https://twitter.com/laurenduca/status/916314189265858561], “Limiting options for both birth control and abortion turns women into slaves of reproduction. This is f-ing war.”

Remarkably, feminists have decided that empowerment now consists of someone else footing the bill for their birth control. This is a phenomenon that, as a conservative woman, astounds me. Why aren’t American feminists taking up the mantle of oppressed women around the world? Why aren’t they finding common cause with conservatives over the myriad issues that could unite them, like the disparate care men and women experience in hospital emergency rooms or the subpar maternity care experienced by millions of American women, exacerbated by closing OB wards across the country?

Instead, American feminists have decided that birth control and abortion are the most important causes. And it’s not just them. This “right” to free birth control, which only came into existence with Obamacare less than a decade ago, is now apparently sacrosanct to liberal Jewish groups like the Religious Action Center for Reform Judaism and Bend the Arc Jewish Action, who are opposing the rollout of this new legislation.

But it’s not just whataboutism that’s infuriating about this hysterical response (I’m sorry, but having to shell out $30 for birth control just isn’t the same as the ritual rape of the Handmaid’s Tale). It’s also the fact that Jews more than anyone else should respect the sanctity of religious freedom, which is what’s behind the Trump Administration’s rollback. There have been several instances of late where government intrusion could have impeded Jewish practice, from the establishment of eruvs in communities in New Jersey to a potential ban on circumcision in San Francisco; and in both instances, courts thankfully and rightly ruled in favor of religious freedom protected Jews.

Indeed, the Supreme Court clearly defines money as speech. So when you ask a religious company to pay for birth control and abortion rights, you’re asking them to defend the very values they oppose most vehemently. And if these Jewish organizations can’t understand why others would oppose abortion (though their own religion does in some cases), maybe they can understand why a CEO or board shouldn’t be forced to pay for what they consider against their religion’s core beliefs about birth control. We don’t have to agree with these beliefs in order to at least respect them by not making Christians pay for them. Would I ask a liberal employer to pay for my gun license because I use it for self-defense? No, and I wouldn’t need to. Just because my employer doesn’t pay for something directly doesn’t mean I don’t have access to it.

Unsurprisingly, and thankfully, Orthodox Jewish groups had a far different spin on the decision. The Orthodox Union issued a statement on Monday which found that “the new regulations are good news for all Americans,” for the simple reason that “religious freedom is a fundamental right for all, so when it is threatened for some, it is threatened for all.”

“The Trump Administration’s decision to expand the conscience exemptions in the Affordable Care Act is consistent with the long-standing American tradition of trying to avoid infringements upon religion as much as possible,” the OU’s executive director for public policy, Nathan Diament, told the Forward. “It sounds cliche, but if one person’s or religion principles, can be trampled upon, then everyone’s are at risk,” he went on. “Especially if you’re a deeply religious person or community and you believe in fundamental truths of your faith and religious practice, then it’s a position of principle that other people need to have their religious practices need to be protected as well. We’re all in this together.”

Indeed. And let’s get this straight: the Trump administration’s plan isn’t about exerting control over women’s bodies. It’s about preventing the government from imposing regulations which infringe on the freedoms of religious Americans. The Trump mandate is merely a rewind to the days before Obamacare, when employers couldn’t be forced to pay for health-care that violates their religious principles.

If women choose to go on birth control, nobody — not President Trump or their employer — can force them not to. And just as nobody should be able to dictate the healthcare choices of American women, we should also not be dictating to Americans that they have to violate their religious principles in order do business.