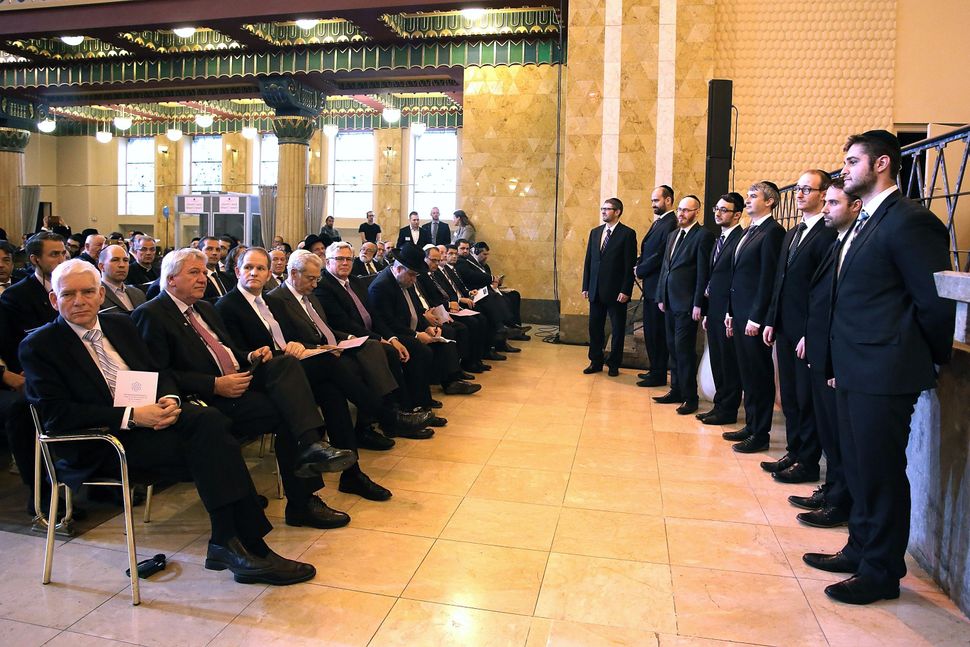 Most of a rabbi’s roles can be halachically and effectively assumed by women, and have been for many years. A rabbi must be learned in Jewish texts and the practical laws pertaining to daily Jewish life — and Orthodox women’s seminaries teach thousands of young Jewish women those laws, and do a top-notch job of it (when I have had a Sabbath or kashrut-related question, I have often turned to my wife and daughters for the answer).

A rabbi should also be a good confidante and counselor, sensitive to the challenges people face in their personal and professional lives and able to listen well and give advice informed by wisdom and experience. Women in general excel in such things, and Jewish women have served as exemplary life coaches, not only to their husbands and children but to others who recognize the worth of their insights.

A rabbi should also be able to provide groups of people with nourishing food for thought drawing on the texts of Jewish tradition. Accomplished Jewish women regularly address eager and appreciative groups – although, in keeping with halachic modesty-norms, their audiences are comprised of women (it is not unheard of for observant Jewish men to also partake through audio recordings or transcripts of lectures).

Considering that women excel at most of a rabbi’s tasks, it would seem that a recent question that has arisen in Orthodox circles – about whether women might be ordained as rabbis – would be a simple one to answer.

Because the truth is, even though women can carry out these tasks, they still should not be ordained, from a strictly Orthodox point of view.

For starters, Judaism, in the Orthodox perspective, is predicated not only on the letters of its laws but on their spirit. Though there are only four sections to the mainstay of halachic rulings, the Shulchan Aruch, there is a proverbial, ethereal “fifth section,” consisting of what is appropriate – as determined by the consensus of respected halachic authorities. And it is in this fifth section that we find the issue of congregational leadership roles for women.

This is what the Orthodox Union (OU) decided recently when they took up the question of female clergy. The OU asked a group of seven respected rabbinic authorities whether the current push for Jewish women’s clergy in Orthodox circles is worthy of approval.

The rabbis issued a 17-page responsum. In it, they repeatedly cited the late Rabbi Yosef Dov Soloveitchik, “Modern Orthodoxy”’s revered religious luminary, and other established authorities. And they concluded that, while various educational and other communal roles may be appropriate for women, “a woman should not be appointed to serve in a clergy position.”

The prohibition, they added, encompasses both “the designation of a title for women that connotes the status of a clergy member, as well as… the appointment of women to perform clergy functions on a regular ongoing basis,” even without any title.

Their answer shocked some, because there is precedent for innovation on the women front in the Orthodox tradition. Take for example the issue of women’s education. Well into the previous century, formal Jewish education for women was considered outré. Then, in 1917, Sarah Schenirer, a Polish rabbi’s daughter who bemoaned her female peers’ ignorance of Jewish law, practice and texts, decided to do something about it. She was mocked by many for her advocacy for women’s Jewish education, but received an imprimatur from a Chassidic leader, the Belzer Rebbe, to teach Jewish girls.

Soon enough, another Chassidic giant, the Gerrer Rebbe (Rabbi Avraham Mordechai Alter) and the renowned and revered Chofetz Chaim (Rabbi Israel Meir Kagan) offered their support as well for the innovation, and, within five years, Ms. Schenirer’s initiative had yielded 7 schools with more than 1000 students. By 1933, there were 265 Jewish girls’ schools in Poland alone, with almost 38,000 students. Today, in virtually all Orthodox circles, women’s Jewish education is de rigueur.

While you might think this would provide precedent for female rabbis – the next logical step after education for some – this just isn’t the case. The current proposed innovation for women to serve in congregational leadership roles is very different.

For unlike the push for Jewish girls to be educated, this push is not motivated by a need to address Jewish ignorance, or some other urgent Jewish goal. Rather, it stems from pressures born of broad societal embrace of the idea that women should be able to fill every role that has been traditionally filled exclusively by men.

To put it bluntly, the pressure comes not from within the community or from Jewish values, but rather, from without – from the desire to satisfy the secular Zeitgeist. As such, it is foreign to us and our values, not a cause worth compromising over.

Possibly because it comes from an external rather than an internal cause, female Orthodox clergy’s rabbinical proponents have not, to put it very mildly, included anyone remotely a counterpart to the universally respected Torah scholars who gave Sarah Schenirer her imprimatur.

For these reasons, the OU is correct in insisting than Orthodox Judaism is not compatible with female clergy. But not everyone agrees, and now the OU faces the decision of what, if anything, to do about five member synagogues that insist on retaining women clergy.

Some rabbis of OU-affiliated congregations feel that expelling those synagogues that flout the rabbinic decision is inadvisable, and that there is no need for the organization to do anything more than what it has already done by issuing the decision.

Others, though, assert that a clear rabbinic decision is not something a group pledged to halachic standards can ignore, even if it means taking painful steps.

Unity and comity, to be sure, sometimes require “looking the other way,” and not pressing even pressing issues. But standing up to a Zeitgeist-fueled innovation rejected by halachic authorities is the essence of Orthodoxy – and always has been.

The OU is in fact Orthodox, and stands proudly for halachic integrity, in both the kashrut and congregational realms, even when doing so may be unpopular and buck contemporary mores.

It has every right and reason to expect its congregations to display the same courage.