My #MeToo Moment Still Haunts Me — Even Four Decades Later 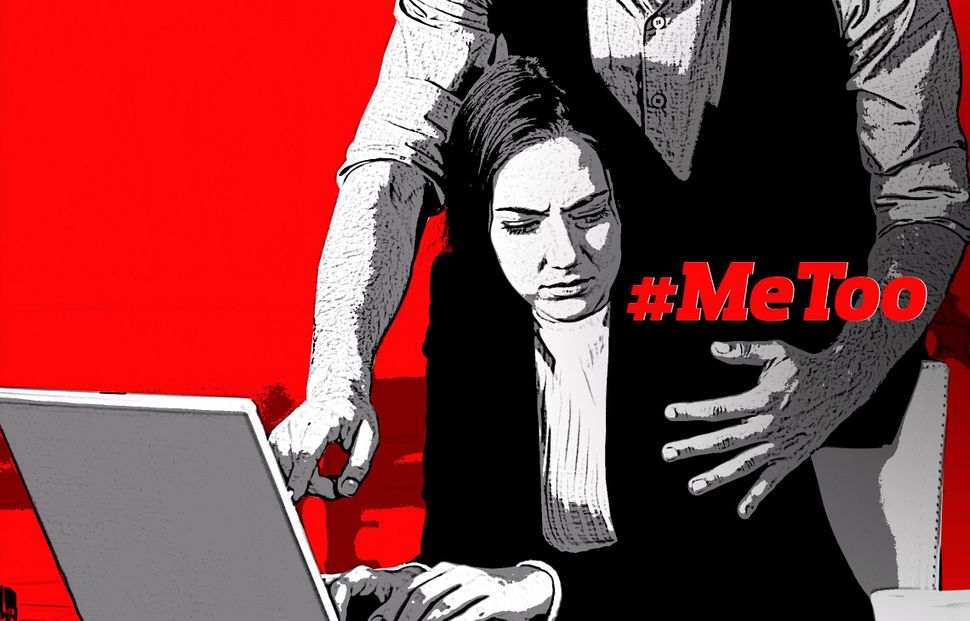 It started when I was 22 years old, first job fresh out of graduate school, alone in a strange city, ambitious, naïve. It did not end until many months later, when I was promoted and the editor who was sexually harassing me no longer was my boss.

I kept the experience locked deep inside, sharing it with virtually no one, not even my husband until I finally told him a couple of years ago. The truth is, I didn’t have the vocabulary back then to describe what happened, nor was I ever invited to do so. And I would not be telling you this now but for an unexpected emotion that overcame me one morning last week.

It swallowed me like a wave as I entered the office, prompted by the cascade of stories about Harvey Weinstein’s alleged sexual assaults, and left me nearly in tears. Why now? Before Weinstein, of course, there was then-candidate Donald Trump, and before him many others, and while the unpleasant memories bubbled up during each news cycle, I was always able to open the drawer in my mind and then shut it tight, rationalizing my denial. I am not the confessional sort, anyhow. And what happened to me was not nearly as horrific as what has happened to others.

But what if that editor preyed on someone else after me? What if my silence translated into complicity, and what if that enabled harm to continue? What if I’m somehow guilty, too?

It took decades for this emotion to surface, and so to add to my guilt is a deep embarrassment that until now I was only focused on what happened to me, and not on what might have happened to others. That’s the insidious aspect of sexual harassment. The victim becomes isolated in a prison of her own making and unwittingly allows the exploitation to continue.

This is the value of the #MeToo campaign on Facebook, in which women are encouraged to share their stories of sexual harassment and assault. For some it is no doubt therapeutic, but the civic purpose goes well beyond individual relief. It encourages anyone who has experienced this cruel behavior — and judging by the responses, that’s just about every woman I know — to shed the embarrassment and the guilt in order to break the cycle of abuse.

Looking back on my own experience, I realize that mine was a classic case. When this editor — now dead — offered to teach me more about the newspaper business if I came into work on Sunday afternoons, I was thrilled. I relished the mentoring (never mind the overtime) and was too young and unworldly to read the cues correctly.

And I did learn, a lot. That is what can be so bedeviling about these experiences, because they can contain aspects of kindness and value.

But somehow the conversations over coffee drifted into declarations of affection on his part and once, while in a car in the company parking lot, hugs and kisses that only stopped when someone walked by. I felt humiliated and confused, eager to extricate myself and yet unable to conceive of how.

I was ashamed to say anything to anyone. Finally, I was promoted to another position and was no longer beholden to this man. We rarely spoke after that.

A couple of years later, when I was planning my wedding, my mother innocently asked whether I wanted to invite the nice editor who had helped me so much. No, I snapped.

In the last week, I have asked myself again and again why I didn’t report him, but honestly I would not even have known what words to use. Harassment wasn’t part of our vocabulary. I simply thought this is what happens in a newsroom.

Now, decades later, I recognize how fortunate I have been. I was not assaulted. I was not deterred in my career. My relationships with men were not irrevocably damaged. So many women have suffered much more grievously.

That has, in part, kept me silent all these years. No more. I write this now to say #MeToo.

I write this to all the good men out there — and that describes most every man I know — with a request: Please appreciate that even if the experiences you hear of sexual harassment may seem benign, they are not. They are violations not easily forgotten. They linger in the psyche for years, and can perversely make a victim feel like an enabler, guilty for what happened, guilty for somehow allowing it to happen.

Harvey Weinstein preyed on beautiful models and actresses, but most of us aren’t in that category. We are ordinary women and we didn’t ask for this. We will feel guilty no longer.

My #MeToo Moment Still Haunts Me — Even Four Decades Later