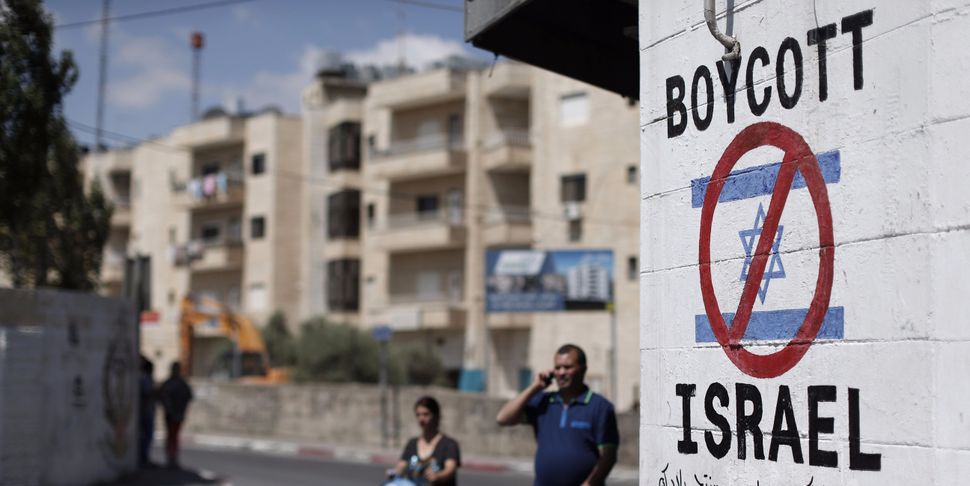 A few weeks ago, after the Harvey Weinstein revelations left many reeling, one article on sexual harassment connected gender violence to, of all things, Zionism. In a piece on the blog Feministing called “#MeToo: Gender Violence Does Not Exist Without White Supremacy”, Mahroh Jahangiri argued that “gender-based violence does not exist without other systems of violence, especially those built to uphold white supremacy (such as racism, colonialism, Zionism, militarism).”

Jahangiri’s claim elides an important piece of history: that Zionism is, in part, a response to systems of violence targeting Jews, systems predicated upon identity and bigotry. But what’s more pernicious is her casual, almost throwaway association of Zionism with white supremacy, racism and gender violence.

Unfortunately, this spurious point of view is not on the fringe. Knowingly or unknowingly, Jahangiri’s comment resides at the nexus of decades-old anti-Zionist propaganda, Arab anti-Israel maneuvering and present-day Israel-hostile activism. And it reveals just how commonplace and pervasive egregious attacks on Zionism have become.

The idea that Zionism is synonymous with racism is actually rooted in Soviet Cold War tactics. In his book Disinformation, Lt. Gen. Ion Pacepa, the former deputy chief of the Romanian intelligence service, writes of the KGB disinformation campaign designed to bolster the USSR’s standing in the Arab and Muslim world by disseminating anti-Semitic ideas, fomenting existing enmities through attacks on Israel and Zionism. As part of their campaign, the Soviets made The Protocols of the Elders of Zion widely available across a receptive Arab world in the 1960s and 70s.

“By 1972, [the] disinformation machinery was working around the clock to persuade the Islamic world that Israel and the United States intended to transform the rest of the world into a Zionist fiefdom,” writes Pacepa. The aim was to “whip up their illiterate, oppressed mobs to a fever pitch. Terrorism and violence against Israel and America would flow naturally from the Muslims’ anti-Semitic fervor.”

The Russian campaign to denounce Zionism took a giant step onto the international stage in 1964, the same year in which they helped found the PLO, which promptly passed a charter the language of which will seem all too familiar. “Zionism is a colonialist movement in its inception, aggressive and expansionist in its goal, racist in its configurations, and fascist in its means and aims,” reads a telling Article 19.

The attacks on Zionism as a racist ideology fully came to light at the 2001 Durban World Conference Against Racism, where over 3000 NGOs including Human Rights Watch and Amnesty International adopted a resolution that declared “the practices of Zionism as racist practices which propagate the racial domination of one group over another”, in part “through colonial expansionism” and with an “institutionalized racism and Apartheid regime.”

Feministing’s Jahangiri may as well have been plagiarizing.

But Jahangiri is not alone. The language introduced by the Soviets equating Zionism with racism has become completely mainstream. When Ali Abunimah and over 100 Palestinian activists sought to distance themselves in 2012 from Greta Berlin, a leader of the “Free Gaza” movement, who was criticized for publishing overt anti-Semitism, they put out a statement seeking to demonstrate their opposition to anti-Semitism. But they did so by equating Zionism with racism, proclaiming that the struggle for Palestinian rights “is one opposed to all forms of racism and bigotry, including, but not limited to, anti-Semitism, Islamophobia, Zionism, and other forms of bigotry.”

Nevertheless, this self-serving perspective is well-established among the leftist intelligentsia, from Jahangiri and Abunimah’s throwaway insults of Zionism to Judith Butler and Jeremy Corbyn’s support of anti-Semitic groups Hamas and Hezbollah as “friends.”

What began as a Soviet project of disinformation has steadily become mainstream in leftist circles. But unlike those manipulated by the Soviets, today’s Israel critics will latch on to any cultural trend as an excuse to mention Zionism. Gun control an issue in the U.S.? Why not look to Israel for the blame? Did Harvey Weinstein rape some women? Blame Zionism. Really anything goes.

The latest and most severe example of the appropriation of social issues to attack Israel and its supporters came after the “Unite the Right” march in Charlottesville, Virginia, when a group of white supremacists took to the streets and eventually killed a woman. As the public began to realize that the far-right had some wind in its sails, leftist activists began to claim that white supremacy, a movement that admires the Nazis, was a partner of Israel.

Within weeks, a Tufts student publication described the university’s Hillel as “an organization that supports a white supremacist state.” At UIUC, the Students for Justice in Palestine announced on Facebook that there’s an “unholy union of American fascists, white supremacists, and Zionists.”

It is into this context that Jahangiri dropped her new Feministing article. Now, Zionism and its ills are related to a series of sexual assaults by a movie producer.

There is something deeply cynical in attacking a movement created to protect Jews from egregious hostility with language and ideas generated by a totalitarian Communist regime with a history of anti-Jewish violence; the cynicism is only compounded by the fact that these ideas were promulgated by authoritarian Arab states and bodies where Jews were historically second class citizens.

These countries and groups continue to undermine and violate the human rights of their own citizens as well as citizens of other countries. And, when progressive feminists, woke academics, “justice” and “peace” organizations, and human-rights NGOs promote this very language, they are turning against the very ideas and people for which they claim to be fighting. And they are promoting hatred and bigotry against Jews.

Comparisons of Zionism to egregious movements such as Nazism and white supremacy serve to dehumanize and demonize Jews. The inescapable message, demonstrated in terror attacks, wars against Israel, international diplomacy and now leftist activism, is that Zionists have no right to defend themselves, and that Zionist lives are forfeit.