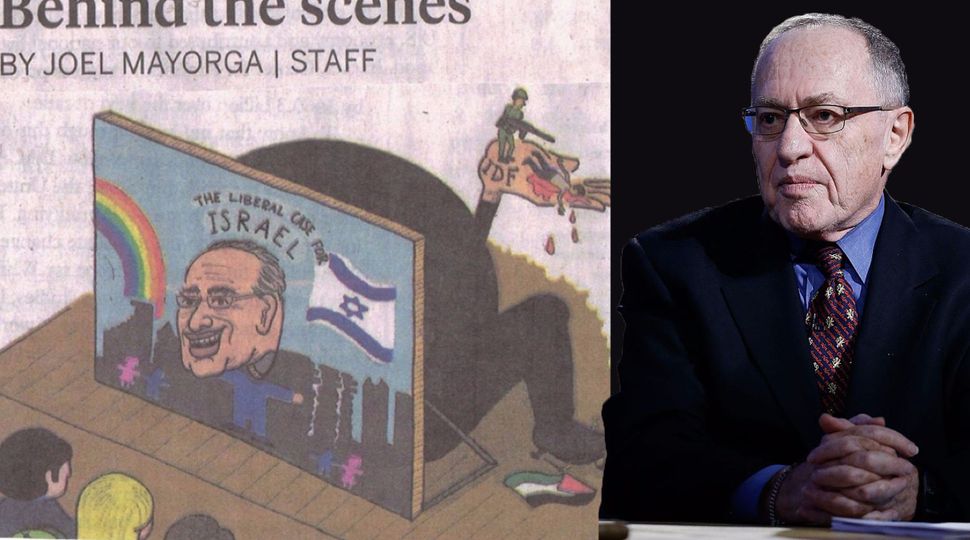 When the official newspaper of Berkeley published a color caricature of me as a spider-like creature with one leg stomping on a Palestinian child and another holding an IDF soldier spilling the blood of an unarmed Palestinian, there was universal condemnation of what was widely seen as a throwback to the anti-Semitic imagery of the Nazi era. The chancellor condemned the cartoon, stating that “its anti-Semitic imagery connects directly to the centuries-old ‘blood libel’ that falsely accused Jews of engaging in ritual murder.” 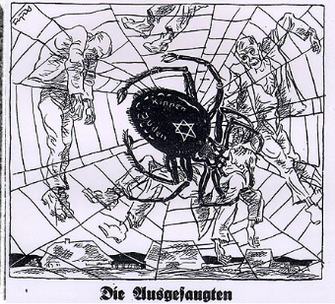 Writing in the Daily Cal, students from a pro-Israel organization at Berkeley debunked the claim that the cartoonist and the student paper editors at the Daily Cal could not have known that this cartoon was seeped in traditional anti-Semitic stereotyping:

“In the cartoon, Dershowitz is depicted with a hooked nose and a body of a large amorphous black sphere. His exaggerated head and contorted legs and hands evoke images of a spider. The rhetoric of Jews as ‘invasive’ insects in society, trying to take over resources and power, has long been used to justify violence, persecution and murder. The two elements of the cartoon, with Dershowitz’s face in the front and the black body in the back, plays into the anti-Semitic trope of Jews as shape-shifting, sub-human entities using deception and trickery in order to advance their own agendas. This rhetoric is nowhere more common than in Nazi propaganda, and can be traced far beyond WWII in European and American media.”

The students also wrote about the “pain” the anti-Semitic cartoon had caused them:

“To a Jewish student on this campus, seeing this cartoon in the Daily Cal is a reminder that we are not always welcome in the spaces we call home… Telling Jews that we can or cannot define what is offensive to us, because of our status as privileged minority in the United States, is anti-Semitic.”

Some students also pointed to the swastika that had defaced my picture on a poster outside Berkeley Law School, as evidence of a pervasive anti-Semitism disguised as anti-Zionism on that campus.

Not surprisingly, it was only an op-ed writer for the Forward who not only denied that the imagery was anti-Semitic, but actually justified it:

“The mere appearance of blood near a Jew is not a blood libel. The State of Israel has an army, and that army sometimes kills Palestinians, including women and children. When you prick those people, I am told, they bleed. It is perverse to demand of artists that they represent actual, real Israeli violence without blood, just because European Christians invented a fake accusation.”

But how then does the writer justify my depiction as a hulky black spider with an overbearing shape and twisted spider-like hands – imagery traditionally used to depict Jews as offensive, venomous insects? The Forward also did not show readers the color cartoon. Instead they showed them a black and white version that makes it harder to see the spider like imagery. 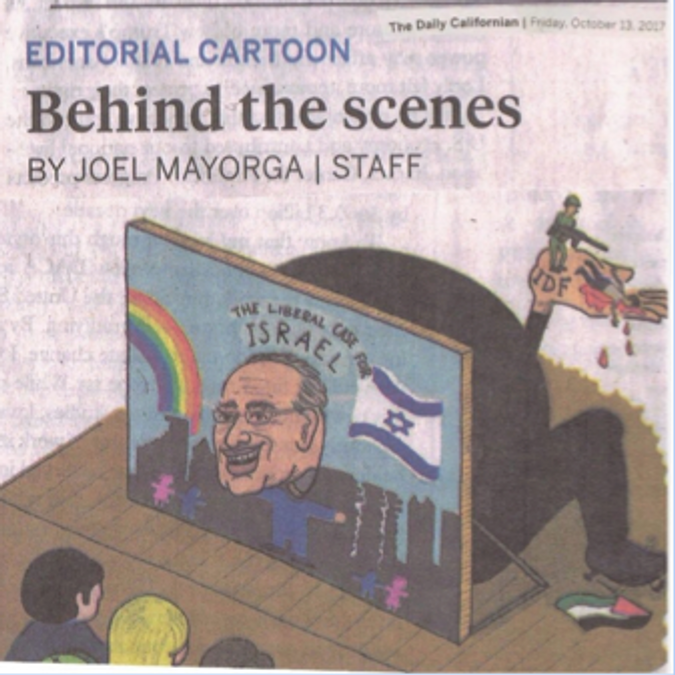 Image by The Daily Californian

Echoing the editor of the Daily Cal, the op-ed writer published by the Forward also argued that the cartoon was a legitimate criticism of my talk. But the cartoonist has now admitted that he didn’t hear my talk. Nor did the Daily Cal report on it. Had they listened, they would have heard a pro-peace, pro two-state, pro compromise proposal.

Would the Forward publish an ope-ed that justified comparable images of women, blacks or gays? The baseball player, Yuri Gurriel, who made a slanted-eye gesture was also reflecting the “truth” about facial differences, but no one would suggest that it wasn’t a racist stereotype.

By publishing an op-ed that defends bigoted caricatures only of a Jewish supporter of Israel –- when no college newspaper would ever peddle stereotypes of other ethnic, religious or social groups –- the Forward too engages in an unacceptable double standard.

Alan M. Dershowitz, Felix Frankfurter Professor of Law, Emeritus, at Harvard Law School and author of, _Trumped Up! How Criminalization of Political Differences Endangers Democracy, which is now available._