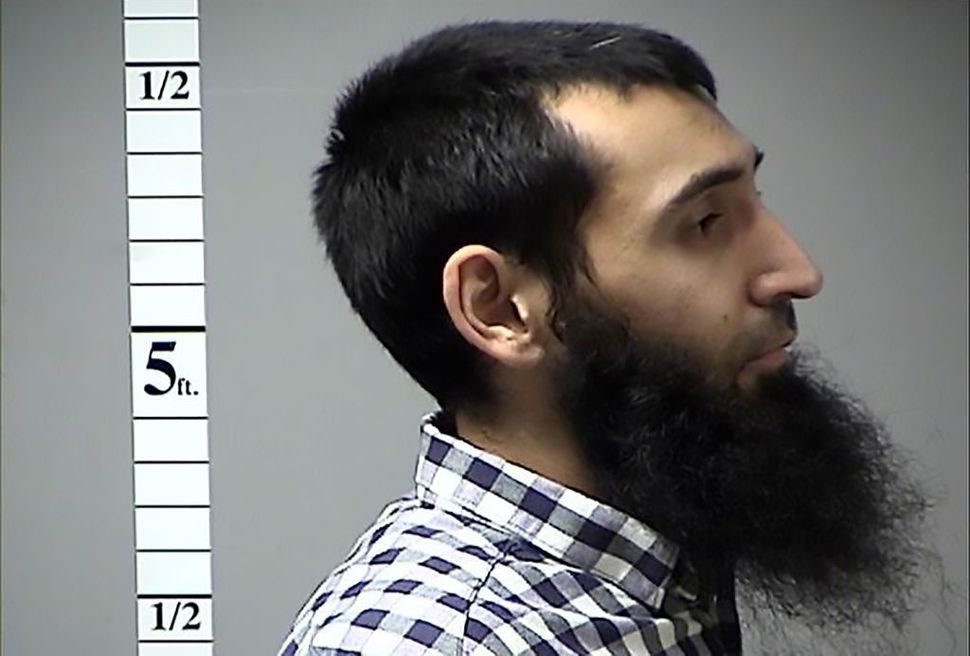 It was in September 2014 that Abu Muhammad al-Adnani, a senior leader of the Islamic State group, propagated via internet the following iconic advice for attacking Westerners: “If you are not able to find an IED (improvised explosive device) or a bullet, then single out the disbelieving American, Frenchman, or any of their allies. Smash his head with a rock, or slaughter him with a knife, or run him over with your car, or throw him down from a high place, or choke him, or poison him.”

What followed has been a sad history of lone wolf attacks in the name of Islam. The more spectacular have involved vehicle ramming of pedestrians: in Nice, London, Berlin, Stockholm and on Tuesday lower Manhattan.

Jerusalem, too (January 8, 2017: four killed). Israel may have developed and perfected a number of techniques for rooting out potential lone wolf attackers before they strike, but these steps don’t always succeed, and sometimes they go wrong. Tuesday in the West Bank witnessed troops form the Israel Defense Forces opening fire on a suspicious car that reportedly did not stop on their command, only to discover the dead driver’s sister, a mother of five. They concluded that a tragic mistake had occurred.

The Manhattan lone wolf attack occurs in a very different context. In the United States Uzbek truck-driver Saifullo Habibullaevic Saipov became an immediate poster boy for everything President Trump finds wrong with the American immigration system — except that Uzbekistan is not on Trump’s no-immigration list.

Could this attack have happened in Israel? Definitely. Was it more likely to have been prevented in Israel? We’ll never know. That’s because in both Israel and the United States, the counter-terrorism establishment has no way of knowing how many terror attacks, lone wolf or otherwise, it has avoided through preventive measures. Thus, when internet chat intercepts by Israel’s Shin Bet lead authorities to visit hundreds of East Jerusalem, West Bank and Israeli Arab homes to warn the head of the household about a radicalizing son or daughter, the preventive outcome can only be surmised. The same goes for profiling by Israeli security personnel in public places, and facial imaging based on CCTV.

There are other important differences between Israel and the United States. The West Bank is under military occupation, meaning that the rules are far more extreme than in New York. There are different motivations for attackers, more invasive restrictions and heavier punishments by the authorities. Israelis in general also tend to be more attuned to security threats and less hesitant than Americans about sounding the alert — not that that would have made any difference Tuesday in Manhattan.

Everywhere, but particularly in Israel, one frequent outcome of the struggle against lone wolf terrorism is the invasion of private space and the violation of basic human rights. Then, too, at its best, the system is far from perfect. The police and related officials are only human.

Apropos imperfect profiling, I recall a few years ago being pulled aside during the security check at Ben Gurion Airport. Apparently there was an alert regarding Kahanist American Jews planning some sort of outrage. My Israeli passport informed the fresh young recruit checking it that I was American born. “What congregation did you belong to before making aliyah?” he inquired. I was blown away by his question. I had made aliyah 50 years earlier and, being secular and atheist, did not belong to any congregation. This was how my law-abiding status was being verified by our security establishment? Incensed, I informed the security checker that I was a veteran of Israel’s security establishment and demanded to speak to his superior. The entire ludicrous scene took nearly an hour to unravel. Luckily I had arrived at the airport early.

At the end of the day, a prospective lone wolf jihadist attacker in Israel or the United States who is smart enough to maintain a very low ideological profile and avoid loose talk has a chance to do some damage. Post-facto analysis of his character, behavior and modus operandi will help prevent the next attack. In any case, most of the countries targeted by these attacks share their information and experience.

Al-Adnani, by then second-in-command of the Islamic State group, was killed in Aleppo in August 2016 as IS was being systematically decimated in the Levant. But precisely because IS is being fragmented and dispersed, al-Adnani’s notorious prescription for exporting militant Islam is becoming all the more relevant. That an Uzbeki attacking in Manhattan kills Argentinians is just one more indication of the role jihadi terrorism can and will continue to play in global society.

Yossi Alpher is a former Mossad official. His most recent book is “No End of Conflict: Rethinking Israel-Palestine” (Rowman & Littlefield, 2016).