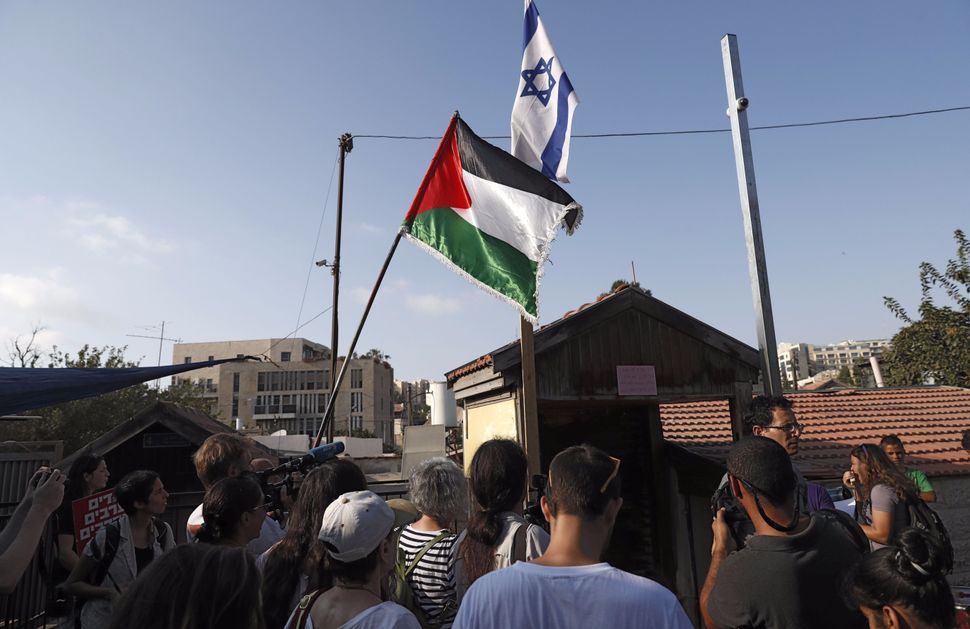 So they will never know Wadeea.

This was the thought that came to me as I read the disappointing news that Birthright has chosen to end meetings with Arab citizens of Israel, who make up one-fifth of Israel’s population. Birthright’s official statement explained that “there is a need for further analysis” of such meetings before they can proceed.

Wadeea and I met in his hometown of Kafr Qasim, a city of Palestinian citizens of Israel, t2 miles east of Tel Aviv. Wadeea heard I was from New York, and he wanted to make sure I knew how much he hated the Knicks. I challenged him to a game of one-on-one. We found a court between Kafr Qasim and Rosh HaAyin and played well past dusk. The next time I was in Israel we smoked hookah, watched Barcelona beat Madrid and discovered that we both write fiction.

As our friendship grew, so did my understanding of Israel. I learned that Wadeea had studied at Tel Aviv University, taking three buses two hours each way because there was no direct line between a Palestinian city and an Israeli university. I learned how Wadeea’s feelings toward Jewish people had been transformed by his friendship with Dana Olmert, daughter of Prime Minister Ehud Olmert, a professor of literature and fierce activist who became Wadeea’s mentor and friend.

While we had grown up worlds apart, Wadeea and I developed a close friendship. We often stayed up late into the night, debating the relative merits of Sayed Kashua and F. Scott Fitzgerald, or talking about different cultural approaches to love, community and pick-up basketball. Just as Wadeea’s understanding of Israel deepened in Tel Aviv, my understanding of Israel deepened in Kafr Qasim.

The last time I visited, Wadeea introduced me to the high school Hebrew class he teaches, where we had a roving conversation about democracy, equality and citizenship with the 40 students in his class. I’d never felt more optimistic about Israel’s pluralistic future.

And now, the pluralistic Israel I encountered in Wadeea’s Hebrew class is one that Birthright participants will never know.

I remain deeply grateful for my own Birthright experience, which enriched my Jewish identity and gave me the chance to spend valuable time with family in Israel. But Birthright’s conviction that its participants should not encounter Palestinian citizens is a troubling sanitization – one that does justice neither to young Diaspora Jews nor to Israel itself. Rather than ask American Jews to face Israel in all its complexities and contradictions, Birthright has chosen to offer what one congressman once described to me as “Disneyland Israel” after a trip by the American Israel Public Affairs Committee that met with no Palestinians.

Perhaps even worse, Birthright’s restriction of its participants to meetings with Israel’s Jewish citizens undermines Israel’s own claims that it is a democratic nation of all its citizens. While Israel at least on paper claims to treat its Arab citizens as equals, Birthright has chosen to take things one step further, erasing them entirely.(I reached out to Birthright for comment, but did not hear back.)

Ultimately, Birthright’s decision is one that will diminish rather than strengthen the relationship between Israel and American Jewish millennials. As Rabbi Rick Jacobs, president of the Union for Reform Judaism, put it: “By cutting off [such] encounters… Birthright Israel will communicate loudly and clearly that these are trips with a narrow political agenda that is out of step with today’s young Jews.”

There are other ways to engage Israel’s complexity and diversity. In 2013, a friend and I founded Extend, an organization that offers empowering, balanced educational programming in Israel-Palestine. Extend participants meet with human rights advocates, settlers, two-staters, one-staters, grassroots activists, political officials, business and civil society leaders. These speakers are Jewish, Muslim, Christian, Israeli and Palestinian. They welcome us into their homes in Tel Aviv, Jerusalem, Ramallah and Hebron. Often, the only thing our speakers have in common is their deep concern for the future of Israel-Palestine.

Extend participants are exposed to Israel in all its complexity, but they do not leave angry or bitter. Most Jews who come on Extend say they leave more determined to do their small part in creating a better Israel-Palestine. By exposing participants to a fuller canvas of perspectives, Extend helps young American Jews see the genuine challenges faced by Israelis and Palestinians struggling for peace, freedom and human rights –– a struggle in which American Jews have both the ability and obligation to help.

Rather than empower all Israelis striving for coexistence, Birthright’s decision to keep its participants from meeting Palestinian citizens reinforces the powers of exclusion already on the rise in Israel. In the 2015 elections, Prime Minister Benjamin Netanyahu infamously mobilized supporters by claiming, “Arab voters are heading to the polling stations in droves.” Netanyahu’s defense minister, Avigdor Lieberman, has hinged his support for peace on the deportation of Palestinian citizens, and has sponsored legislation forcing Palestinian citizens to swear a loyalty oath. More troubling still, a 2016 Pew Research Center study found that half of Jewish Israelis agree that Palestinian citizens of Israel should be transferred or expelled. Israeli President Reuven Rivlin described the poll as “a wake-up call” that required “soul-searching and moral reflection.” Such soul-searching can hardly occur if major organizations such as Birthright act as if Palestinian citizens of Israel do not exist.

The last time I was in Israel-Palestine, Wadeea asked me a question that took me by surprise. He wanted to know if I was spy. Wadeea’s question broke my heart, but it has its own resounding logic. Why else would I keep spending time with a Palestinian citizen of Israel? In an Israel-Palestine in which even Israel’s own citizens are treated as threats, in which their votes are mocked and their voices excluded, we are left with nothing but enduring suspicion of the other – among even the closest of friends.

Sam Sussman is the co-founder and director of Extend. Contact him at sam.sussman@extendtours.org.