Actually, American Democracy Is Foiling Trump At Every Turn 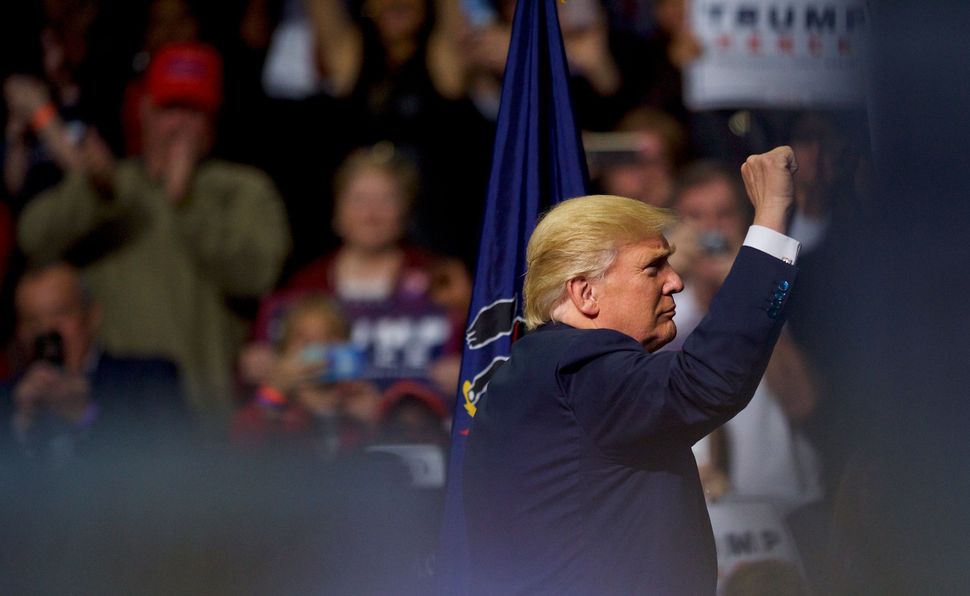 A year ago, when the unthinkable happened and Donald Trump won the presidential election, many of his critics feared the worst. Even before the election, some had warned that a Trump win would mean the undoing of American democracy — an “extinction-level event,” as Andrew Sullivan put it — and a slide toward dictatorship.

When it was all over, Russian-born American pundit Masha Gessen, with her experience of life under Vladimir Putin’s authoritarian revival in Russia, urged Americans to prepare themselves for autocracy and learn its “rules of survival.”

Today, the Trumpian “new normal” is in some ways weirder than any of us could have imagined. (Take the president of the United States bragging to the Russian foreign minister and the Russian ambassador about having fired the director of the FBI — and calling the director “a real nut job.”) And yet those worst fears are nowhere near coming true.

The bad news: It is clear by now that there is no — and will be no — presidential Trump, beyond a few brief scripted moments. The man in the White House is still the man who slings petty insults on Twitter, whines about injuries to his dignity, boasts about being loved and praised, and spouts fact-free ramblings and conspiracy theories. Nor has Trump distanced himself from the more extreme elements of his base — the populism that flirts with white nationalism.

The good news: It is just as clear that the dreaded authoritarian moment has not arrived.

To be sure, the past months have seen troubling repressive measures directed at immigrants — not just those who have led productive lives in the United States despite lacking legal status, but even those who followed all the rules and were thrown into limbo by a ham-fisted executive order abruptly barring entry to nationals of several predominantly Muslim countries. American citizens, too, have been targeted in individual incidents that have raised concerns about an authoritarian drift — such as the bizarre story of the protester arrested and convicted of disorderly conduct for laughing during the confirmation hearings of Attorney General Jeff Sessions.

But there are also encouraging signs that the checks and balances of American democracy are working. Trump’s “Muslim ban” has been blocked by the federal courts, even in its watered-down versions; his move to end protections for “Dreamers” — young people brought here illegally as children and raised as Americans — may yet lead to congressional action to resolve their status. The activist convicted for mutinous laughter at the Sessions hearings had her conviction thrown out by a judge, and while her case was referred for retrial, the Justice Department announced the other day that it was dropping the charges.

And the horribles laid out in Gessen’s “Rules for the Survival” have yet to materialize. Trump’s campaign threat to his rival Hillary Clinton — “Lock her up!” — remains the stuff of agitprop, not action. (Gessen wrote, “If Trump does not go after Hillary Clinton on his first day in office… it will be foolish to breathe a sigh of relief.”) Even when the Trump camp has tried to revive various accusations against Clinton, from the improper handling of classified emails to alleged corruption involving uranium sales to Russia, this has been more a ploy to distract from the various Trump scandals than an actual political vendetta. Worse (or rather, better), Trump has been reduced to “Do something!” Twitter rants on the subject.

A president who goes on Twitter to moan about the failure to investigate his enemies is someone who falls woefully (or rather, happily) short of an authoritarian strongman.

Meanwhile, Trump has not been able to curb the investigation into his campaign’s potential collusion with the Kremlin (or, as he calls it, the “witch hunt”). His most authoritarian-style act in office, the firing of FBI Director James Comey due to his displeasure with the Russia probe, backfired spectacularly, leading to the appointment of Robert Mueller as special counsel. And while the Trump administration has obviously had an impact on the judiciary via appointments to the federal bench, so far there is little reason to believe that any Trump-appointed judges will be obedient puppets of the executive, let alone condone the jailing of Trump’s political enemies.

While the GOP’s craven submission to Trump has invited justified derision, there has been enough friction between Trump and Republicans in Congress to derail key items on Trump’s agenda, starting with the Obamacare repeal and now, it appears, the tax reform proposal. Contrary to Gessen’s prediction, most “Never Trump” conservative pundits have not bent the knee to Dear Leader (even if some have an irksome tendency toward “anti-anti-Trumpism” in response to liberal critiques of Trump); nor have congressional Democrats tried to compromise with Trump in order to make the best of a bad situation. (Quite the opposite: It was Trump who tried to make a deal with Democratic leaders Charles Schumer and Nancy Pelosi on border security, partly out of frustration with being stymied by obstreperous Republicans.)

Predictions that Trump would begin a successful assault on freedom of the press have also been a bust. Sure, having the president of the United States denounce the media as “enemies of the people” and tweet unfounded innuendo that a major newspaper is complicit in tax evasion evokes all sorts of bad associations with Stalinism, Putinism and other dictatorial regimes of varying degrees of awfulness. But yet again, he’s more blowhard than autocrat. So far, the only possible action against an anti-Trump media outlet has been a reported Justice Department demand that AT&T and Time Warner sell Turner Broadcasting, which includes CNN, to get approval for their merger. An antitrust measure, it’s a far cry from Putin’s blatant moves early in his presidency to dismantle the independent media and hand them to his cronies.

Far from being cowed by Trump, American journalists have been galvanized by the idea that they are acting as a safeguard of endangered democracy. And that effect may extend beyond the press. For many Americans in all walks of life, the Trump presidency has been a sobering reminder that freedom requires vigilance.

And vigilance is definitely in order, because while Trump has yet to do any real damage to American political institutions, he has undoubtedly damaged and degraded our political culture, turning it into a bizarre round-the-clock reality show. We may not have descended into Russian-style autocracy, but our politics are alarmingly close to Russian levels of cynicism and absurdity. Polarization and intolerance have grown worse on both sides. Right-wing extremists have been emboldened, but left-wing extremists have been energized as well: To them, the Trump presidency is clear proof that America is the fascist, white supremacist, woman-hating society they had always claimed it was.

The years ahead will be challenging; but there are grounds for hope. Trump may walk, talk and think like an autocrat, but so far, much to his frustration, he cannot govern as one. He can only rant about being thwarted.

Actually, American Democracy Is Foiling Trump At Every Turn