Defining Anti-Semitism Is The First Step Towards Stopping It 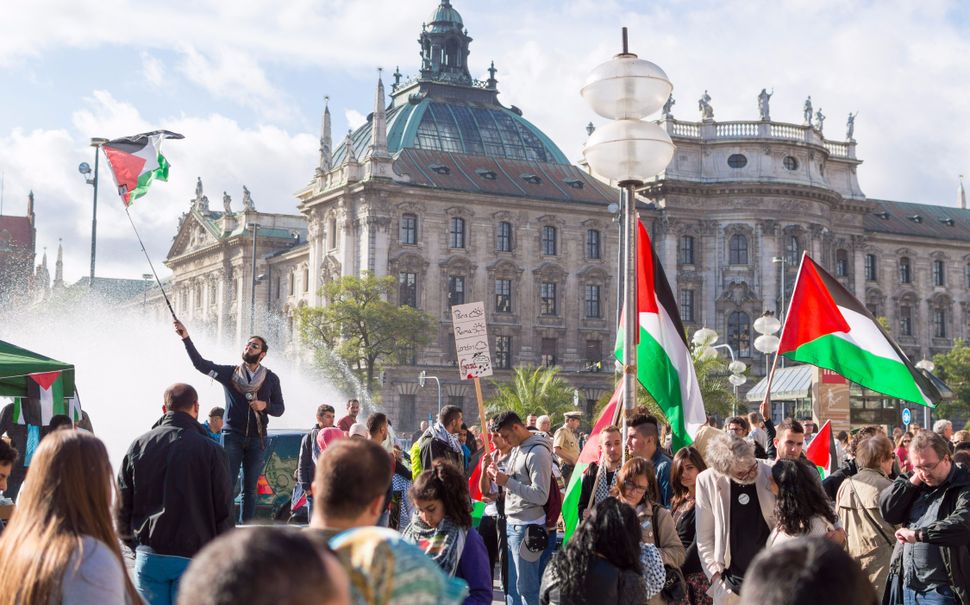 I was one of nine expert witnesses who testified before the committee, and afterwards I responded to questions and comments from some twenty members of Congress. The hearing generated considerable heat, but also some enlightenment.

The definition in question, originally known as the Working Definition of Anti-Semitism, was first adopted by the European Monitoring Centre on Racism and Xenophobia (EUMC) in 2005. A version of this definition is employed by the State Department for assessing the problem of anti-Semitism around the world, and that is what the proposed Anti-Semitism Awareness Act would reference. The most notable and also most controversial aspect of this definition is its assertion that in certain situations and in certain contexts, it is a form of anti-Semitism to demonize the State of Israel, to compare Israel’s actions to those of the Nazis, to hold Israel to standards not expected of any other democratic state, or to deny Israel’s very right to exist.

I helped negotiate that original definition with the EUMC, and most of my professional work as Director of International Jewish Affairs for the American Jewish Committee (AJC) and as a special envoy on combating anti-Semitism for the 57 countries that comprise the Organization for Security and Cooperation in Europe (OSCE) has focused on anti-Semitism in Europe.

While the number of anti-Semitic incidents and their severity are much greater in Europe than here, there are important parallels in America and at a number of our college campuses. But to understand these parallels, it’s crucial to comprehend the nature of present-day anti-Semitism – hence the practical importance of defining it.

While it was not necessarily true in 2005, few people today would doubt that the Israel dimension plays a significant role in the anti-Semitism that Jews in Europe are experiencing. Many have been victims of personal attacks by individuals who see local Jews as fair targets for their anti-Israel animus.

On a number of occasions, and particularly at times of heightened tension in the Middle East conflict, there have been public demonstrations in Paris, Berlin, and other cities that started as anti-Israel rallies but in the process turned anti-Semitic, with anti-Jewish placards and speeches, and in some cases, physical attacks on Jews. Police treated these episodes as political events, despite hate crime statutes that demand a different response.

In 2012, prosecutors and judges determined that an arson attack on a synagogue in Germany was not anti-Semitic because of the political views and religious affiliation of the attacker. In 2015, a local prosecutor in Austria similarly concluded that a call to kill Jews was not anti-Semitic but merely criticism of Israel, for the same reason.

In Great Britain, Jewish students on some campuses and Jewish members of the Labour Party have been taunted with a new term of derision: “Zios.”

It is my belief that those doing this think that anti-Zionism is an acceptable cover for otherwise blatant anti-Semitic behavior.

As a result of these situations and others, the Working Definition that we came up with in 2005 is increasingly being used in Europe. It is now part of all police training in the UK. It is employed by the Justice Ministers of Austria and Germany in the education of prosecutors and judges. It is included in the guidelines published by the OSCE for understanding anti-Semitic hate crimes and the security needs of the Jewish community. It has been adopted by the International Holocaust Remembrance Alliance (IHRA), which comprises 31 countries, and has been adopted on a national level by the governments of the UK, Romania, Austria, Germany, and Bulgaria.

It’s a crucial first step in addressing the horrific rise in anti-Semitism in Europe. In its survey of European Jews conducted in 2012, the EU Agency for Fundamental Rights reported high levels of anxiety and concern over anti-Semitism. Significant numbers of Jews said they avoided wearing Jewish symbols in public or even refrained from attending Jewish events for fear of being harassed or attacked.

To be sure, a proper and comprehensive definition of anti-Semitism will not by itself solve these problems. Nearly three-quarters of those questioned said they did not even bother to report anti-Semitic incidents, believing nothing would be done. But the definition at least sends a message that authorities understand the threat, which is the obvious first step in addressing it.

We know that the situation here in the U.S. varies depending on the campus and depending on the involvement of the individual students in Jewish and Israel-related activities. Anti-Semitic incidents may be more common at some universities than others, as well as more aimed at those among them who are connected to Israel.

Surely a clear and comprehensive definition of anti-Semitism, which has always been intended as a tool to educate and raise awareness, should be helpful here too.

Critics of the proposed legislation sought to contort the examples in order to refute them. One witness proposed that if anti-Zionism were a form of anti-Semitism, we would be required to label the Satmar Hasidim as anti-Semites. One would think common sense provides the answer, for the definition requires us to look at the context.

Others claimed the definition would be used to “hunt down” anti-Israel professors and would have a “chilling effect” on what they might choose to teach. But there is nothing in the definition that has operational impact. Only when there is a situation of harassment or intimidation of Jewish students would the definition be used to determine whether the Department of Education should undertake an investigation.

Almost lost in this debate was the all-too-common situation faced by Jewish college students, which is what led to the bill’s drafting in the first place. As Congressman Ted Deutch, perhaps mindful of the experience of his own college-age kids, asked, “What about the chilling effect this already has on them? What about the Jewish students who think twice about wearing a Magen David on campus or hesitate before joining in an Israeli program? Shouldn’t we be concerned about them too?”

The Anti-Semitism Awareness Act, which many of us hope will pass in this session of Congress, will help. The definition will provide clarity and uniformity for the Department of Education and for the Administration as a whole in recognizing manifestations of anti-Semitism.

At the same time, consulting this definition does nothing to alter the standards for determining when harassing conduct amounts to actionable discrimination, leaving our educational institutions no less free to operate as forums for vibrant and open discourse.

Rabbi Andrew Baker is Director of International Jewish Affairs of the American Jewish Committee. Since 2009, he has been the Personal Representative of the OSCE Chairperson-in-Office on Combating Anti-Semitism.

Defining Anti-Semitism Is The First Step Towards Stopping It