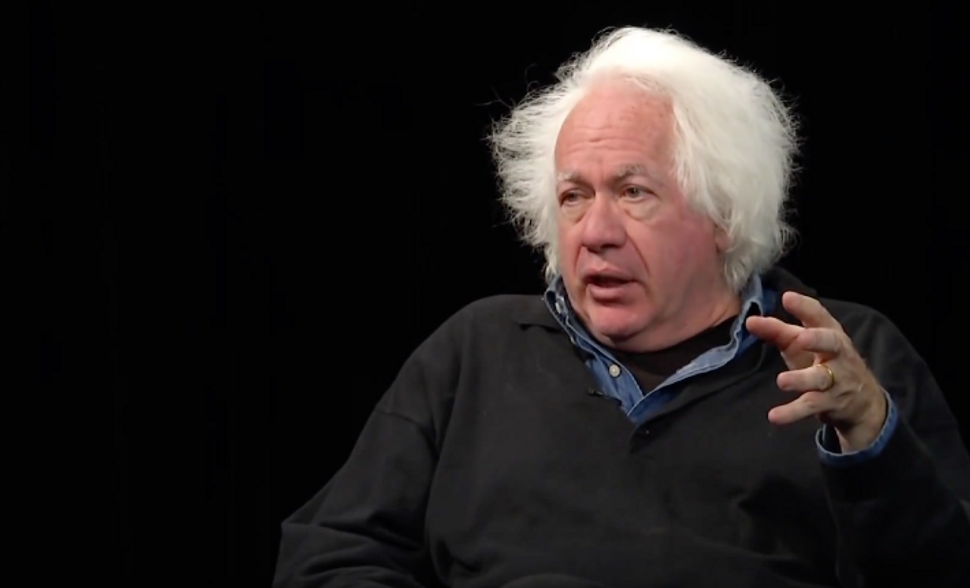 Working as a conservative writer, I’ve noticed a certain kind of individual over the years. This type is an unmarried activist -– male or female — past the mid-30s who has spent his or her entire career loudly decrying the danger “the gays” pose to our society.

When I come across this type on Twitter or on the pages of conservative publications, I am always reminded of the late Christopher Hitchens, who once wrote about the phenomenon from an outsider’s perspective. “Whenever I hear some bigmouth in Washington or the Christian heartland banging on about the evils of sodomy or whatever, I mentally enter his name in my notebook and contentedly set my watch,” Hitchens wrote in his book, “Hitch22.” Sooner rather than later, Hitchens predicted, this bellicose Bible pounder “will be discovered down on his weary and well-worn old knees in some dreary motel or latrine, with an expired Visa card,” engaged in licentiousness of his own.

But it’s not only conservative men who fall into the category of protesting too much. In fact, I had the same experience with Leon Wieseltier.

Wieseltier has recently been accused by several women of workplace sexual harassment. Writing for Vox, former New Republic assistant editor Sarah Wildman tells the story of a work happy hour during her tenure there in her 20s that took a dark turn.

“The usual lines of banter were soon crossed; the teasing turned darkly sexual,” Wildman writes. “As the night progressed, Leon Wieseltier, the magazine’s intellectual luminary and literary editor, cornered me, alone by the bathroom, and put his mouth on mine. I clapped my hand over my mouth in surprise. ‘I’ve always known you’d do that,’ I recall he said.”

Other stories have emerged as well, ranging from harassment to innuendo to other stories of forcible kissing. After a New York Times exposé, Wieseltier was finally forced to acknowledge “misdeeds” with female colleagues.

The news shocked many, but in retrospect, given how familiar I am with the trope of those who protest too much, I should not have been surprised at all.

For Wieseltier had been especially vocal when it came to a man who had abused his power over me — Barry Freundel, who facilitated my conversion to Judaism and was the rabbi of Kesher Israel in Georgetown, the synagogue where both Leon Wieseltier and I prayed.

Living and working in Washington several years ago, I had never really noticed Wieseltier. Others at synagogue did, and, being of the same ideological bent as Wieseltier, were great admirers of his intellect. Not being particularly taken by it or him, I never interacted with Wieseltier until Freundel’s sentencing.

Freundel pleaded guilty to 52 counts of voyeurism, for putting a camera in a clock to spy on women as they immersed in the ritual bath (known as the mikveh). I was one of those women.

As a convert, Freundel had the power to instruct me to immerse in the mikveh, instructing me to take a practice dunk (now I know why).

I gave a victim’s statement to the court during the trial, after which Wieseltier approached me. He applauded my courage, he told me. I learned later that he had helped another victim write her statement.

But he hadn’t spoken only to me about his feelings. Throughout the episode, Wieseltier was particularly incensed by Freundel’s actions, speaking to several reporters about the case. He told Harry Jaffe of the Washingtonian that Freundel had “defiled so many things,” including the synagogue, his congregants, his students, the mikveh and Modern Orthodoxy itself.

Most members of the congregation felt the same, but Wieseltier took the extra steps to talk to reporters and even spend a weekday in the courtroom at Freundel’s sentencing.

Now it turns out his outrage at Freundel may have been, at least in part, a case of “the lady doth protest too much.” All the while that Wieseltier was outraged at Freundel, he himself was acting out sexual improprieties with women over whom he had power.

Of course, Wieseltier is not accused of criminal acts, while Freundel is in jail, so they aren’t exactly analogous. Still, it is interesting that with his history of disrespecting and degrading women, Wieseltier would have found it necessary to so loudly proclaim his disgust at Freundel.

But Freundel, too, was guilty of this. Throughout my conversion, Freundel would obsessively talk about another rabbi, named Leib Tropper. The rabbi was caught on tape discussing a love affair with a woman he was converting, whom he also allegedly pushed to have sex with his friends.

I spoke about Freundel’s obsession with Tropper in my victim-impact statement. “No matter how you manipulated us, you would use Tropper to illustrate how lucky we were to be with you instead,” I said. “At least we didn’t have to have sex with a creepy old white guy to become Jewish. Now we know you aren’t any better. You made us exchange our bodies, our dignity, and for many, our love and trust in Judaism and its religious leaders in exchange for our conversions.”

This obsession with Tropper wasn’t just a figment of my imagination. Like Wieseltier, Freundel was all too happy to talk to reporters about his disgust with Tropper for manipulating his converts in order to enter into a sexual relationship with them. In 2009, Freundel told the Jewish Star that he was “appalled” by the allegations.

“It’s basically someone in a position of power taking advantage of someone in a much weaker position,” Freundel said. “That has happened in many walks of life.”

Including in his own house and synagogue. The lady doth protest too much, methinks.

There are other rabbis out there who similarly paint themselves out to be saviors of the most vulnerable in the Jewish community. They don’t work formally or even closely with organizations (which would provide some level of oversight); they rather fancy themselves as vigilantes working as white knights to protect women.

My message to other women is this: Beware of the white knight, because when the lady doth protest too much, our radars should be activated.