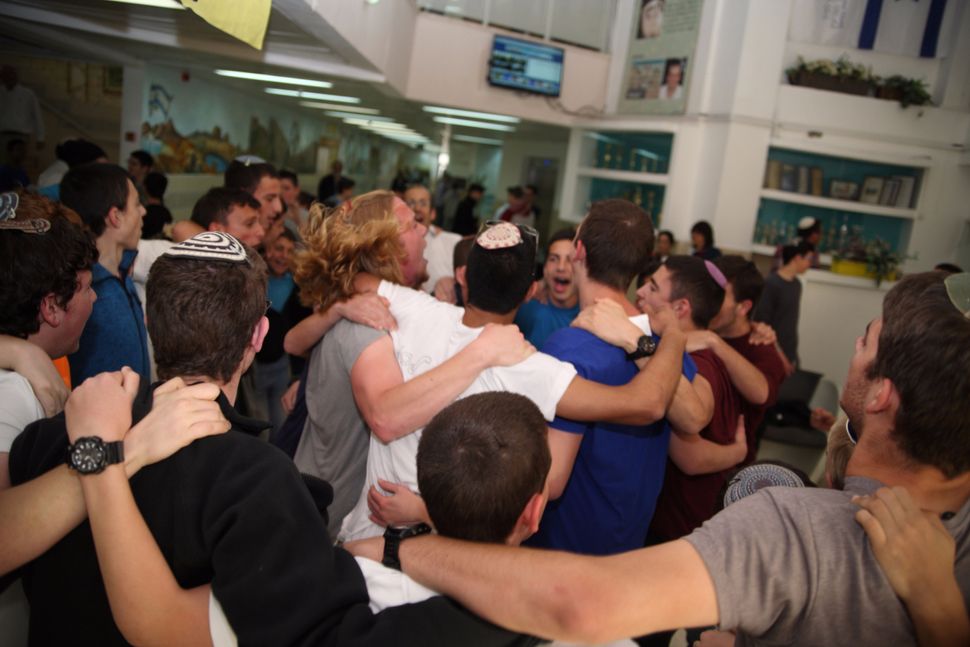 Last week, Haaretz ran an explosive story. “Orthodox trip operators are taking over Birthright Israel Programs” proclaimed the headline. The article examined Birthright’s recent decision to drop the Reform Movement “as a certified trip provider,” attributing this “split” between Birthright and the Reform movement to the “aggressive” and often misleading “marketing” of Orthodox trip providers and the popularity of low-cost or free Orthodox extension programs after the ten days. These “growing trends,” Ha’aretz explains, have been boosted by the well-funded Orthodox outreach initiative on campuses of “the Diaspora Affairs Ministry – run by the Orthodox, settler-aligned Habayit Hayehudi party.”

But nothing could be further from the truth.

Rather than the result of Orthodox Trip Organizers “targeting” and “indoctrinating” our naïve youth as Haaretz would have it, the decision stems from the simple fact that the Reform Movement’s trip provider, URJ Kesher, again failed to meet its recruiting quota and lost its status as a Birthright Trip Organizer. The movement is now examining what it calls “other modalities” to continue working with Birthright.

Birthright participants choose their program providers freely, and a trip organizers’ status is determined objectively. You don’t even stop being a trip organizer by failing to meet recruiting goals once; you must fall short in two of the last three rounds.

Rather than a ploy on the part of Birthright’s Orthodox components, the release of the Reform Movement signals nothing worse than market forces at play. Young Birthright participants just aren’t choosing the Reform option. The Reform movement, America’s largest Jewish denomination, has been one of the smallest Birthright Trip providers for years. That’s an issue for the movement to address — not Birthright.

This hasn’t stopped the Reform movement from blaming everyone else. “Millions of Israeli tax dollars are being spent now on strengthening ultra-Orthodox institutions on campuses that bring Birthright travelers to Israel,” Rabbi Rick Jacobs, president of the Union for Reform Judaism, told Ha’aretz. “When Birthright participants return from their trips with these providers, there are lots of efforts made to get them to explore a more traditional way of Judaism – and that is something that should not be ignored.”

But unlike most competitors, the Reform movement holds extensive membership lists it failed to tap. Rather than complaining about vast right wing or Orthodox conspiracies, the Reform Movement should listen to this wake-up call and devote a constructive session at its upcoming biennial to learn from this unfortunate setback.

Similarly, rather than complaining about charismatic Orthodox leaders luring Birthrighters with compelling post-Birthright programs, why doesn’t the Reform movement create one – or five! – of its own? It’s like MySpace.com grumbling about Facebook; try winning instead!

But this isn’t even the worst part of the piece, which then delves into what it calls “The Adelson Effect.” Linking the “increasing dominance of Orthodox organizations in the Birthright recruitment process” to Sheldon Adelson’s involvement with Birthright, the article asserts that, “Although Adelson is not Orthodox, he shares ideological beliefs with many on the Israeli Orthodox right.”

And there you have it – three of Ha’aretz’s favorite boogeymen: the Orthodox, the Settlers, and Adelson — oh my!

Sheldon Adelson and his family have famously donated tens of millions of dollars to what they know is a non-partisan, pluralistic program that aggressively defends its promise to give young Jews free group trips to Israel with “no-strings attached.” The Adelsons, who are Conservative Jews, also know this program was founded and is still funded by philanthropists far to their left including Charles Bronfman, Michael Steinhardt, and Lynn Schusterman – who remain deeply involved in Birthright.

Rather than celebrating this coalition of spectacular non-partisan, peoplehood-oriented, generosity – and this extraordinary program — as rare breaks from today’s toxic partisanship and polarization, Ha’aretz demonizes Sheldon Adelson as a manipulator hijacking the program to serve sinister goals.

Ultimately, Sheldon Adelson is a big boy – he can take care of himself and his reputation. And Birthright, too, which Ha’aretz admits “is considered one of the most successful Jewish Diaspora projects of all time,” can take care of itself.

What’s most upsetting about this article is its contempt for Birthright participants. Rather than treating this next generation of young Jews as the smart, savvy, somewhat cynical, often wary, perpetually meaning-seeking people they are, Ha’aretz and others infantilize them, assuming they’re lemmings, easily suckered into fetid right wing Orthodox waters.

The portrait is insulting, intolerant, and inaccurate. Birthright works because it’s a Jewish identity-building program empowering participants to navigate their own Jewish journeys – with no strings attached. We – the older generation — give the gift. Our reward is watching young Jews engage their heritage in new, exciting ways.

For the Reform Movement – and to Ha’aretz — I have a simple message: there is no split, we’re all on the same side. Let’s not let anyone insult the choices of young people trying to explore their Jewish identities. Instead, let’s all try to find ways to emulate the success of those Orthodox groups to which some are flocking.

Professor Gil Troy is the Birthright Education Committee’s voluntary lay chair. His next book, The Zionist Ideas will be published this spring. Follow him on Twitter @GilTroy