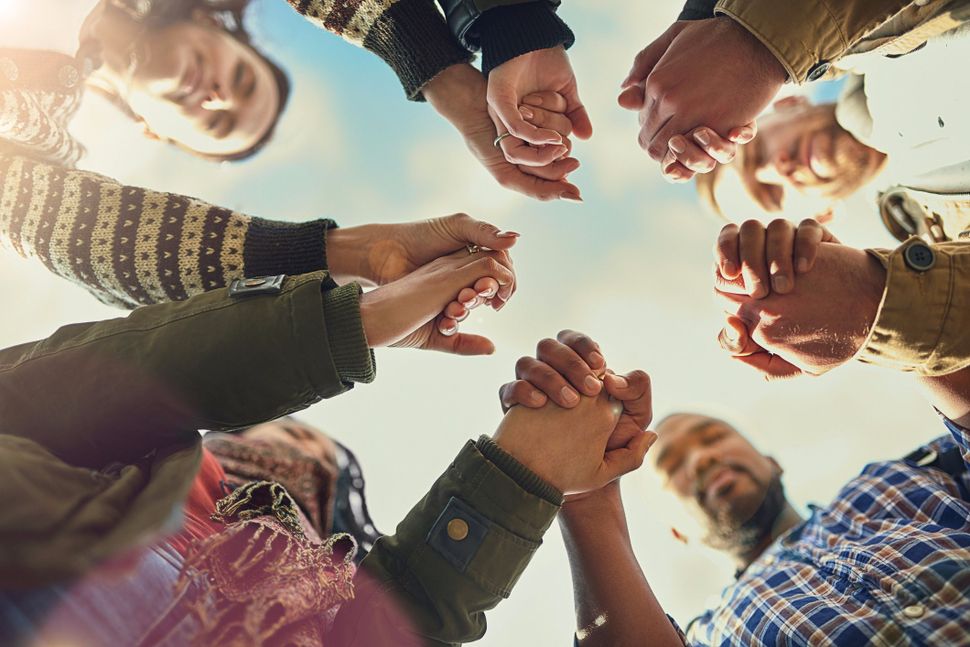 I am of the generation whose mothers told us that men wouldn’t buy the cow if they got the milk for free. We were told that sex was transactional, something you provided your lawfully wedded husband in exchange for the security and comfort of family life. My mom didn’t tell me to close my eyes and think of the continuity of the Jewish people, but that notion was certainly in there.

Needless to say, like most young women who came of age after the sexual revolution, I defied that bargain. Sex is fun, Mom. Sex, we claimed, is passion and I-really-don’t-care-if-he-calls-me-after. It is every woman’s right to enjoy sex as if she were (the stereotype of) men: without commitment, without love, without any false hope of a happy ending.

Reams have been written about why that notion, too, yielded to reality. As it turns out, most of us aren’t designed for promiscuity. Sex is beautifully dangerous, and intimacy is a risk, and although a one-night-stand doesn’t usually ruin anyone’s life, it doesn’t add much to it, either. The search for the right partner, at least for first-world heterosexuals, continues to be fraught with tremendous expectations that are difficult to fulfill over our now-lengthy lifetimes, and both men and women suffer alone, and in bad marriages, and in general.

Which is why I found the think piece in The New York Times by Stephen Marche somewhat horrifying. Burrowing in on the truly dreadful revelations about male wrongdoing, from Harvey Weinstein to Charlie Rose and beyond, Marche attempts to make the case that there is something inherent in men’s nature, specifically in the nature of their libido, that is transgressive. Citing the continuing inequality of men and women, he asks how we can create an equal world when male mechanisms of desire are fundamentally brutal. And, according to Marche, most men do not dare fathom their own masculinity – which, presumably, is at the heart of the problem of sexual assault and harassment.

There are terrible problems with this argument. We can grant, yes, that taming the male libido is a preoccupation of Western culture, from the Torah to Sigmund Freud. And we must certainly acknowledge that, although both men and women are driven by sexual desire, the power equation is unequal – physically and culturally – and women have less power to resist the sexual importuning of men when those men control their careers and security.

But to characterize the male libido as brutal goes a step beyond any of that. It separates a man’s sex drive from his rationality and his emotional needs, denoting it a thing apart, uncontrollable and savage. Scratch that nice man at the next desk or in bed next to you, says this theory, and find a rapist, or at the very least someone who will connive and threaten to have his way with you or another woman.

Empirically, this is simply not true. Some men in positions of power exercise that power by behaving in disgusting ways to women who can’t escape them. Men in groups, from fraternities to invading armies, seem to be particularly at risk for the kind of mob psychology that treats women as spoils of fun, or war. And I don’t know a woman who has not had to fight off a guy who didn’t understand that no is no, and there are some who lost that battle.

But for every one of those men, there are some who are timid or careful or appreciative in their courtship. There are many men, in every culture, with a direct link between their hearts and their genitalia, who express love and longing and need through sex. Consigning all men to the status of victims of their uncontrollable, brutal libidos actually removes agency and responsibility and erases the distinction between the criminals and jerks who victimize women and all the other men who do not. Although Marche may mean well in asking men to contemplate their own, in his words, “grotesque sexuality,” when we weaponize the male libido we are also removing the distinction between assault and desire.

Equating masculinity to brutal behavior also says something unpleasant about women’s sexuality. If every man is an incipient rapist, then every sexual woman is yielding to something she doesn’t want to examine too closely. My generation is also the one where women went from reading the feminist fable “The Women’s Room” to the archetypical fantasy of “Sweet Savage Love”, puzzled by the contrast between our real need for equality and independence and our retro longing to be swept off our feet by Mr. Overwhelming. But as brilliant women from Germaine Greer on have pointed out, the fantasies instilled by the romance industry do not equate to women wanting to be overpowered in real life. Nor should they.

Perhaps many good men are in denial about episodes in their past that they do not want to examine, as Marche claims. Perhaps changing norms have caught men over forty, or over sixty, with their pants down, as it were. But women, too, used to have to play by different sets of rules, using strategies appropriate to those without power, including using sex as transactional for money or security. You can’t watch a romantic comedy from the 1960s or earlier without noticing the bargaining over sex that’s going on, and without realizing that the (male) directors and screenwriters frequently portrayed women with that enticing power over hapless, chivalrous men.

We have to be careful, now, not to confuse the brutality of some men, often those powerful enough for be well-known, with the needs and longings of the majority. No woman who’s ever left a man who wanted to keep her can doubt that male domination only goes so far. Civilized men, as Marche describes them, should indeed scrutinize their own behavior at this difficult moment. But don’t start from the place of consigning male sexuality to brutality. Begin with your status as a human being with powerful needs, balanced by your understanding that women are also complex, needy and driven, and go on from there.