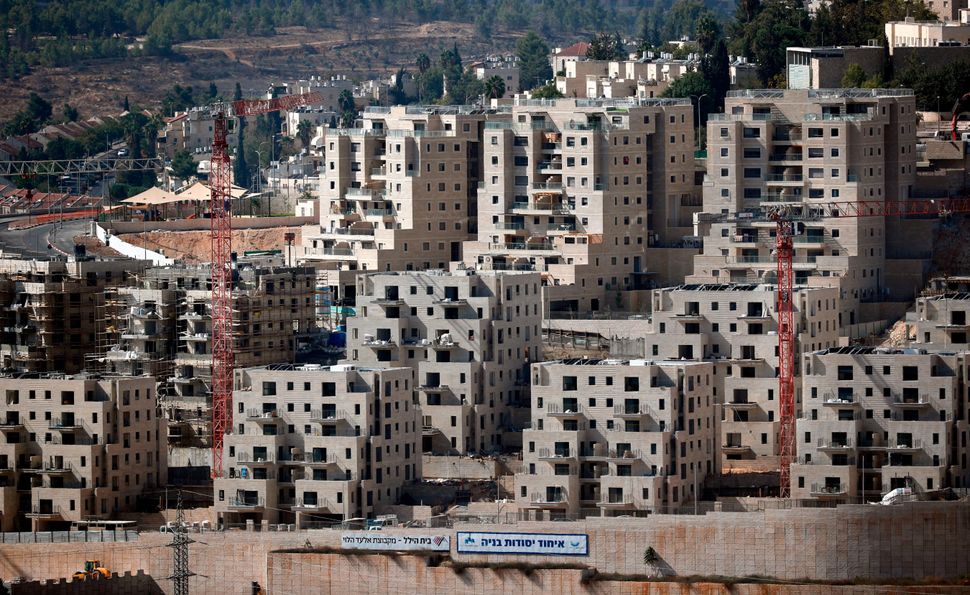 In the days after his election, President Donald Trump bragged that he would achieve “the ultimate deal” for Israelis and Palestinians. But on the ground, his Administration has been supporting an ultimate war on the peace process.

Jared Kushner, Trump’s son-in-law who has been charged with overseeing Middle East peace, has been unforthcoming with details. “We know what’s in the plan, the Israelis know what discussions we’ve had with them,” was all he would say this past weekend at the Saban Forum.

But in the meantime, reports have emerged that in the next few days, Trump will announce Jerusalem as the eternal undivided capital of Israel.

The news that Trump might declare Jerusalem to be Israel’s undivided capital is not all that surprising. Since Trump’s win a little over a year ago, we Palestinians on the ground have not seen the stage being set for peace. Rather, we have been experiencing a US-supported acceleration of land theft, home eviction and settlement building. A declaration of Jerusalem as the undivided capital of Jerusalem is exactly what we should be expecting.

Israel captured the eastern half of Jerusalem, which had been under Jordanian rule, in 1967 during the Six Day War. But the UN and the international community have continuously refused to recognize Israel’s authority over it. Under international law, Jerusalem is designated as having a special status. It’s holy for Jews, Muslims and Christians alike.

But Israel has been revoking the residency permits of tens of thousands of East Jerusalem Muslim and Christian Palestinians. And the US has remained quiet.

Israeli politicians have gleefully taken this silence as acquiescence. Naftali Bennett, the far right Israeli Education Minister who famously called for Israelis to “give up their that it provided “a unique window of opportunity” to annex Area C.

Not to be outdone, Israeli Prime Minister Benjamin Netanyahu told his settler base in December 2016 that in the coming year he would “continue to strengthen and develop settlements.”

Far from just talk, since the start of 2017, Israel has pursued the settlement advancement plans of the previous year four times, all with the quiet approval of the US.

In October 2017, the building of 31 new settlement units was approved in my city of Hebron. The first new settlement construction in the city in 15 years, the units are to be built on Shuhada Street, once the main marketplace in our city now closed almost entirely to Palestinians. The new units will tower over the thousands of Palestinian shops and homes that are welded shut by military order.

We are used to restrictions and evictions. Most of my family left our home off Shuhada Street in 1987 due to tensions from settlers in the city. My grandmother, the last to leave, finally relented in 2000 when the full closure of Shuhada Street made it impossible for us to reach her. Behind her, the army welded shut our front door.

But now we are facing a vast acceleration. The 31 new settlement units will increase Hebron’s settler population by 20%, and thus, it will increase the violence against us that they perpetrate by at least 20%. The Hebron municipality is expected to contest the new units in court. But the settlers and the army are not waiting. Soldiers have already begun moving their base to make way for the units, and settlers are raising hundreds of thousands of dollars for construction.

Hebron isn’t the only area where Israel is currently waging an ultimate war on the peace process. In the E1 area between Ma’ale Adumim and Jerusalem, 1,400 Palestinians are right now facing eviction. Among them, under immediate demolition order is the entire village of Khan Al-Ahmar. Their village includes 32 families and 92 children. In a letter to Israel’s government, B’tselem wrote that the transfer of the Khan Al-Ahmar village, would constitute a war crime. Ten prominent US Senators are calling on Netanyahu not to demolish Khan Al-Ahmar or the village of Susiya.

But these aren’t isolated incidents. Removing the Palestinians from E1 area enables Israel to effectively annex the surrounding settlements near Jerusalem. This, along with the revocation of thousands of residency permits of East Jerusalem Palestinians, will ensure a Jewish majority in the city, regardless of its international status. It will also divide the West Bank in two.

In short, it will ensure that there will no longer be any possible continuity for a Palestinian state.

My life, like that of all Palestinians, has been marked by a series of occupation advances. Now, the US is supporting massive settlement expansion while at the same time as it is promising a peace deal.

A Trump announcement that Jerusalem is the eternal undivided capital of Israel is extreme and dangerous.

If Trump really wants to hand us the ultimate peace deal, he should do so by pressuring Israel to adhere to international law and universal standards for human rights. He should base American foreign policy on this, not just so he can brag about having made a deal.

He should base US foreign policy on international law and the universal standards of human rights for the sake of the one billion Muslims, Christians and Jews across the world for whom Jerusalem is holy.

Issa Amro is a human rights defender in Hebron.