Why Trump’s Jerusalem Gambit Will Only Hurt Israel 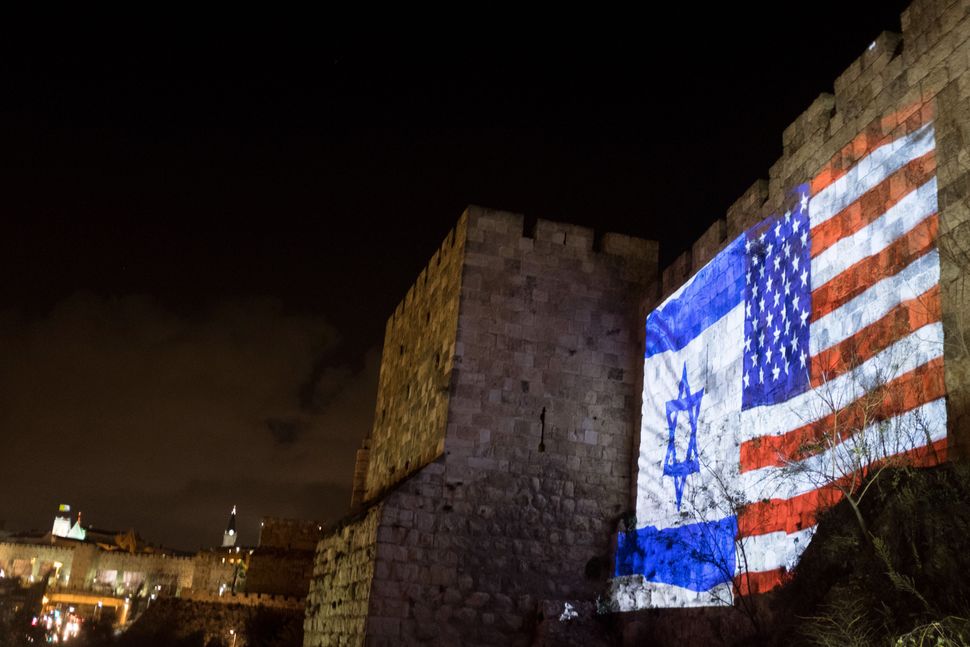 On its face, Donald Trump’s speech on Wednesday announcing that America would recognize Jerusalem as Israel’s capital seemed entirely reasonable. “Today,” he declared, “We finally acknowledge the obvious. That Jerusalem is Israel’s capital. This is nothing more or less than a recognition of reality.”

Yes, Jerusalem is Israel’s capital. That is obvious. But something else is obvious too: Israel and the Palestinians are radically unequal negotiating partners. Israel is a modern state. The Palestinians are a people who, in various ways, live under Israeli control without equal rights. As the vastly more powerful side, it’s clear what Israel can give the Palestinians: a state on the territory that Israel now occupies. What the Palestinians can give Israel is less clear. After all, no Jews live without basic rights under Palestinian control. Palestinians want the Israeli army to withdraw from Hebron, Nablus and Jenin. There is no Palestinian army occupying Beersheba, Haifa and Ashdod.

As Noam Sheizaf recently detailed in 972mag, the most valuable thing the Palestinians can give Israel is international legitimacy. When Palestinian leaders say their struggle with Israel is over, Israel’s days as a semi-pariah will end. By blessing the Saudi Peace Initiative, the Arab League and the Organization of Islamic Cooperation –with its 57 members—have both made it clear that when the Palestinians make peace with Israel, they will too. When that happens, global anti-Zionism will collapse.

To many Zionists, the idea that Jews need the Palestinians’ blessing to make Israel legitimate is offensive. What legitimizes Israel, they say, is a Jewish connection to the land that dates back thousands of years. Fine, but Palestinians have a connection to the land too. They constituted the vast majority of people living on it when Zionists began showing up in the late nineteenth century. If the bonds of memory and the requirements of self-protection justify a Jewish state, they justify a Palestinian state too. Israel has the right to exist, but it doesn’t have the right to hold millions of Palestinians as colonial subjects. So, in this way, the international legitimacy that Palestinians can bestow when they gain a state is bound up with the moral legitimacy Israel can only gain when it becomes a country that offers the right of citizenship to everyone living under its control.

What does this have to do with moving America’s embassy to Jerusalem? Everything. Previous presidents didn’t keep the US embassy in Tel Aviv because “they lacked courage,” as Trump suggested. They did so because blessing Israel’s control of West Jerusalem before Israel permitted a Palestinian capital in East Jerusalem would diminish Israel’s incentive to do so. For an Israeli prime minister, accepting a Palestinian state based in East Jerusalem means risking your government, if not your life. Why take those risks if you can gain international recognition without them? Why pay for something you can get for free?

By recognizing Israeli control of Jerusalem before the Palestinians did, Trump undermined their leverage, leaving them at the mercy of an Israeli prime minister who openly declares that Israel will never relinquish control of the West Bank and never remove settlements.

The result: Palestinians will try, somehow, to regain their leverage. If the United States won’t make Israel pay a price for its denial of Palestinian rights, Palestinians will work harder to do so themselves. That could mean mass protests. It could mean violent attacks. It will likely mean a renewed push for Boycott, Divestment and Sanction.

And, as Haaretz’s Nir Sasson has suggested, Jerusalem’s Palestinians could also rebel in a more surprising way: They could begin applying for Israeli citizenship, something that—unlike their brethren in the West Bank—they are allowed to do. Historically, Palestinians in East Jerusalem have refrained from such a move because they didn’t want to legitimize Israeli control. But if Trump and Netanyahu are determined to destroy the prospects for a Palestinian state headquartered in East Jerusalem, Palestinian Jerusalemites may respond by demanding citizenship in the country in which they’re destined to live. Which would mean—to Netanyahu’s chagrin—that his Jewish state contained tens or even hundreds of thousands of new Palestinian citizens.

Netanyahu wants to go around the Palestinians. He wants to make Israel so powerful and attractive that the United States and other countries give Israel the legitimacy it craves without Israel giving Palestinians the rights they deserve. And today Trump gave that strategy a major boost.

But people don’t cease to exist simply because you ignore them. Forty percent of the residents of Jerusalem lack citizenship in any state. More than one hundred thousand live but beyond the separation barrier, inside Jerusalem but cut off from most city services. In some form of another, they will exact a reckoning. It’s only a matter of time.

Why Trump’s Jerusalem Gambit Will Only Hurt Israel