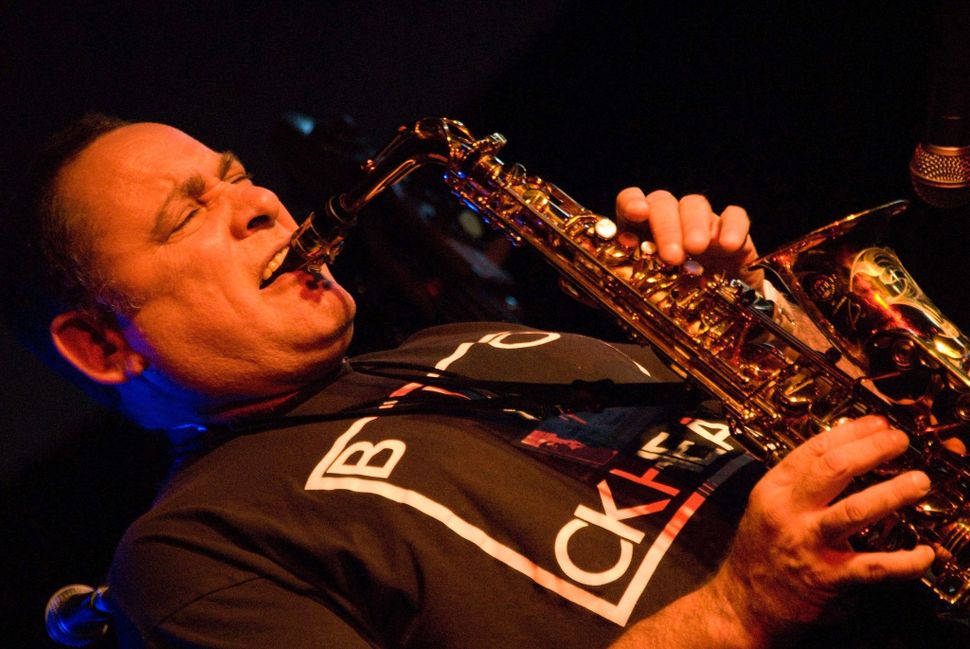 Perhaps one of the defining features of anti-Semitism is the irresistible desire of many of its proponents for intellectual respectability. Anti-Semites are known to nestle their “critique” of Jewishness within a broader scholarly scheme. Of course, the desire for intellectual respectability doesn’t mean that anti-Semitism attracts the best minds of every generation; but it certainly attracts those who would like to be seen as the best minds of every generation.

Such is the case with Gilad Atzmon, the UK-based, Israeli-born jazz saxophonist. While his music has attracted considerable critical acclaim, his writing now attracts more attention, renown and opprobrium than his playing. He describes himself as an “ex-Jew”, and his work offers what he considers an extended philosophical engagement with Jewishness. It also offers what I along with many others consider to be anti-Semitism.

The key to understanding Atzmon’s work and its wider significance is his intellectual pretentions. Indeed, he presents a case study in how you can start off attempting to present your as an iconoclastic intellectual and end up in a conventionally — and crudely — anti-Semitic place.

The title of Atzmon’s latest book, “Being in Time: A Post-Political Manifesto” (Skyscraper Publications), is an explicit reference to Heidegger, although there is little sign that Atzmon has engaged extensively with the notoriously difficult — and notoriously controversial — philosopher (Heidegger was a known Nazi sympathizer at one point, and his relationship with Nazism is still hotly debated). Rather, the book’s references to Heideggerian concepts such as “Being” are little more than buzzwords, intended to establish intellectual credentials.

More generally, Atzmon’s employment of the language of philosophy and critique could only convince those who, like the author, yearn to wrap crude bigotry within ostensibly elegant prose. More often than not, the result is pretentiousness and bathetic incomprehensibly. Take the following lines:

I suggest that instead of looking at the world through the rigid lens of the Right/Left dichotomy, or a particular ideological perspective, it is more instructive to impose an alternative (meta-ideological) method that juxtaposes “the human” i.e. the human condition, with the political spectrum as a whole. Instead of imposing any particular ideology, be it Right, Left, Capitalism, Fascism and so on, I examine the complementarity between a political system and the human condition.

“Complementarity,” “meta-ideological,” “the human”: these terms are meant to position Atzmon as a sophisticated thinker. Yet the quote resists easy comprehension, not because he is offering a difficult and complex mode of theorising, but because its argument is absurd. Atzmon is claiming that his writings transcend ideology, that he speaks from a place of common, universal humanity. This is not only arrogant, it is delusional. We all speak from somewhere.

“Being in Time,” like Atzmon’s previous book, “The Wandering Who?” is founded on the conceit that it is both possible and ethically essential to reject “identity” and any form of politics that would speak for it. This is a ridiculous argument: humans can no more transcend identity than they can transcend elbows and body odour; identity is nothing more than the way we define ourselves in the world.

But this is not necessarily a hateful argument, if applied universally, nor is a critique of identity politics. Neither is Atzmon alone in finding the categories through which political ideologies are defined as stifling and limiting.

The problem is that for Atzmon, one form of identity is the ur-identity: Jewish identity. While he does take swipes at other forms of political identity – LGBT identity politics is a particular bugbear – really, his argument is that Jewish identity forms the basis for the poisonous practice of identity itself. It is not just that Jewishness is, and has always been, a form of exclusionary “ethnic supremacism”; for Atzmon, Jewishness is the ultimate source of everything that divides and rules us.

Or to put it another way, Jewishness is the original sin.

“Being In Time” features some anti-Semitic tropes from central casting: Atzmon decries “Jewish power” and the silencing of critiques of it; he takes sideswipes at billionaire and left-wing donor George Soros, at Jewish dominance of international finance, at “cultural Marxism,” at the neo-Marxist intellectual movement known as the Frankfurt School, at Jewish volunteers in the Spanish civil war and at many others. He also cites the work of anti-Semitic thinker Kevin MacDonald and even Henry Ford’s “The International Jew” with approval.

But where the author is more novel is in his simultaneous attack on Jewish voices of “satellite dissent” to the forces of Jewish power. For Atzmon, “capitalism and the New Left may be just two sides of the same coin” and “the Palestinian conflict…has been reduced to an internal Jewish dispute between some ultra-Zionist politicians and commentators, and some Jewish anti-Zionists.”

This Jewish colonisation of almost every point on the political map is the reason why, as Atzmon sees it, we are living in a ‘post-political’ world in which politics has become irrelevant, power acts unchallenged, and the freedom to speak has been extinguished.

If there is hope for Atzmon, it lies in a “return to Athens”. Borrowing Leo Strauss’s famous distinction between Jerusalem and Athens, he identifies the latter with a fearless search for truth, for discovering the “essentials” of the human condition, beyond petty identitarian divides. In contrast, Jerusalem stands for authority, law and obedience, for a “political correctness” that shackles truth, for Jewish exclusivity and exceptionalism.

In other words, the only hope for humanity is to transcend its essential, flawed Jewishness. Of a piece with this, in this as in his other writings, Atzmon is deliberately apathetic about the Holocaust and other atrocities against Jews, nodding towards without completely embracing both justification and denial.

Despite the obvious anti-Semitism inherent in this worldview, Atzmon denies he is a racist, partially on the grounds that he loves the work of Charlie Parker and other African-American jazz musicians. But this is belied by another central tenet of Atzmonism, namely, that anyone who identifies as a Jew in any way cannot be, for Atzmon, an ethical human being. There is only one option: to do as he has done and loudly renounce any kind of Jewishness.

So how dangerous is Gilad Atzmon? One shouldn’t underestimate the extent to which the current political moment is pregnant with possibility for Atzmon. Old-style anti-Semites such as David Duke are certainly happy to cite him approvingly. After all, the only good Jew is an ex-Jew.

On the other hand, his scorn for the ways that pro-Palestinian activists mobilise anti-Zionist Jewish support has alienated him from swathes of the pro-Palestinian left, including prominent activists such as Ali Abunimah of Electronic Intifada. Nonetheless, Atzmon still gets invited to speak in some leftist circles, even if he now faces much more opposition than he once did.

Still, Atzmon’s diagnoses of the pathologies of the “post-political” age certainly resonate with the zeitgeist in a time when extraordinary new alliances and ideological fusions emerge on a daily basis. Atzmon can offer a patina of philosophical respectability, a thrilling sense of intellectual discovery, to fellow adventurers – and even if he might wish it to be otherwise, his disavowed Judaism provides a useful alibi to anti-Semites.

So Atzmon is not short of admirers, including some who are worryingly close to the mainstream, whatever that might mean today. His previous book was published by the edgy UK leftist publisher Zero Books (although they attracted significant criticism from this by some of their other authors) and attracted endorsements by Richard Falk and John Mearsheimer amongst others.

“Being in Time” is published by a small imprint founded by the UK-Palestinian author Karl Sabbagh. While his core supporters are more fringe than before – a testament to the work of anti-fascist activists in the interim to delegitimise Atzmon – the book still attracted an introduction by African-American Green Party politician (and 911 ‘truther’) Cynthia McKinney and endorsements by US Professors Francis Boyle and James Petras.

The sobering implication of Atzmon’s work is how little it takes to repackage venerable anti-Semitic discourses, so that those willing to believe find them fresh and fearlessly iconoclastic – rather than hateful and bigoted.

But one shouldn’t be misled by Atzmon’s edgy philosophising. The story he tells is an old one. He even suggests that the fusion between nationalism and socialism embodied by fascism needs “honest examination”.

Well, National Socialists, like Atzmon, sought to position themselves as beyond left and right, as representing the best of humanity, as the guardians of truth – and we know how they treated those who they saw as the antithesis of this.

Correction: An earlier draft of this piece misidentified Cynthia McKinney as a Democrat. She was the Green Party candidate in the 2008 presidential election. We regret the error.

Dr. Keith Kahn-Harris is a London-based writer and sociologist. His book on denial will be published by Notting Hill Editions in 2018. His website is kahn-harris.org.