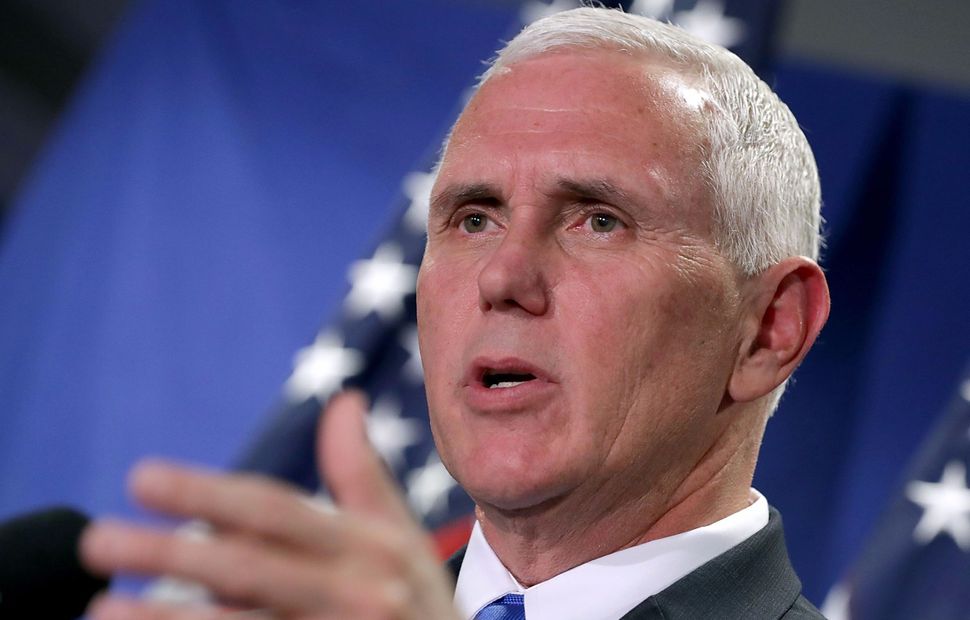 You are very welcome in Israel, but please, don’t come now. We appreciate your friendship, but your timing is wrong. You are not coming with an Administration’s new plan for peace in our region. You are not coming with any clarifications to President Trump’s declaration on Jerusalem, neither about the boundaries of the newly recognized Jerusalem, nor about moving the American embassy to Jerusalem (which — according to the pathetic explanation of Trump Administration officials, will take years to build. Couldn’t the only superpower in the world rent a nice complex in Jerusalem in the meantime?).

You are not going to meet any Palestinian leader because they all boycott your visit against the background of Trump’s speech. You are not going to meet with the leaders of the different Christian denominations for of the same reason. So you are coming only because you were scheduled to come, and you don’t want to submit to those who intend to boycott your visit? Please, give me a break!

Do you really believe that your speech in the Knesset, which will apparently be boycotted by the Arab “United List”, will justify the humiliation of being a boycotted American Vice President? Do you believe that this is the missing piece which must be filled right now, in order to show the world that the USA is Israel’s ally?

Do you think that your planned visit to the Western Wall will pacify the tension in our region, tensions that resulted from Trump’s Jerusalem Declaration, especially if this will be the first official American visit to the Wall since then, accompanied by an Israeli official? After all, as our good friend, you know very well that for you, it is going to be a short visit, but we will stay in Israel to deal with its ramifications.

I’m sure that your intelligence informed you about the serious efforts of Israel on the one hand, and of the Palestinian Authority on the other hand, to keep low the level of violence, and to prevent the extremists from inflaming the tense situation. Since your visit is not going to contribute anything to the efforts of pacification, but may give another excuse to increase the flames, you should announce that you prefer to come when the situation on the ground is calmer.

No Israeli government can tell you this, especially not the most rightist government in Israel’s history, but — trust me — your decision to postpone your visit will cause a sigh of relief in Jerusalem.

The real hope right now is that after two weeks of containable riots, the situation on the ground will get back to normal, that the Arab world will be involved in the Administration’s efforts to suggest a reasonable peace plan, and that the Palestinian pragmatic leadership will end its boycott.

Don’t be the one to disrupt this hope.

Dr. Yossi Beilin is a former Israeli Minister of Justice. He initiated the Oslo Agreement of 1993, the informal “Beilin-Abu Mazen Understandings” of 1995, the informal “Geneva Initiative” of 2003 and the “Taglit- Birthright” project.