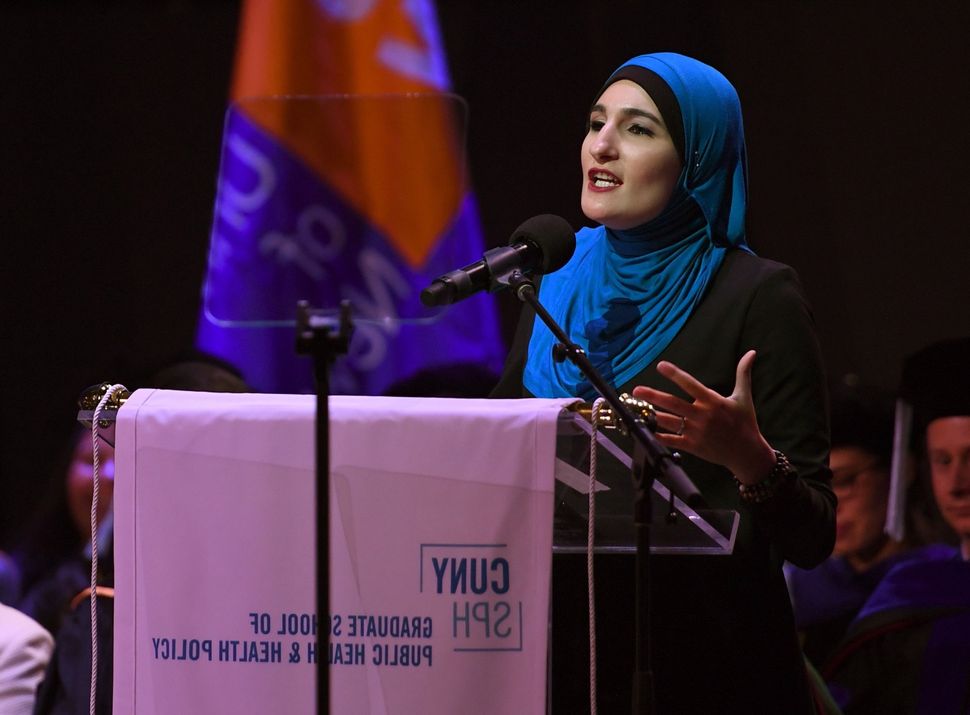 Earlier this week, the Daily Caller published a piece alleging that Women’s March founder and Palestinian activist Linda Sarsour covered up sexual harassment during her time as executive director of the Arab American Association. A woman named Asmi Fathelbab accused Sarsour of ignoring complaints against a man named Majed Seif who she claimed would regularly rub his erection against her.

Sarsour is a well known bugbear of the conservative media, and for good reason. Breitbart has called Sarsour a “fake feminist”, while Fox News portrayed Sarsour as a symptom of worsening anti-Semitism in America. Not to be outdone, the National Review called Sarsour “a radical apologist for terrorism and Israel’s Arutz Sheva prefers to call her “a crybaby terrorist”.

I, too, have called her out for things I thought were moral failings.

Naturally, conservatives were thrilled at what they saw as the beginning of Sarsour’s downfall. Mike Cernovich was especially tickled. “It was a woman, not the Daily Caller, who accused Sarsour of covering up sexual harassment,” he tweeted (since deleted).

But rather than blossoming into a full-throttled media attack against a person in the #MeToo era who was accused of covering up alleged sexual assault, the story just sort of died down and went away.

As Fathelbab, the woman accusing Sarsour, put it when she reached out to me, left-wing outlets “wouldn’t come near it with a ten foot pole.”

“It feels like everyone is saying ‘believe all women, except this one’,” she told me.

Indeed, the only mainstream media outlet to further report the story was BuzzFeed, which quickly published a rebuttal to the story. “Sarsour on Monday provided BuzzFeed News with witness statements and email correspondence that offer a markedly different version of what happened after then–staff member Asmi Fathelbab accused an office volunteer of harassing her in 2009,” write the authors of the article.

There are good reasons that media outlets might be suspicious of the report. For starters, it was written by Benny Johnson, who happens to have a huge credibility problem. Johnson has been fired from nearly every outlet he’s been employed by for more than a few weeks. Johnson was fired from BuzzFeed for serial plagiarism. He was then fired from from Independent Journal Review for poor editorial judgment, as well as more instances of plagiarism, being a verbally abusive manager, taking credit for others’ work, and not actually showing up to work.

Johnson is quite simply not someone to be trusted. Despite the fact that he has miraculously landed a new job despite his history, we should take care to note that Johnson’s story isn’t one of redemption, but instead of blind luck facilitated by a large social media following and a knack for creating or packaging viral content.

In this era of accusations of fake news, conservatives and liberals alike should be on guard against “journalists” like Benny Johnson. While we rightfully decry mainstream media bias, we should protect our treasured blogs on the left and right. To this end, Johnson should be excised from the ranks of conservative media in order to maintain our own credibility.

Still, Johnson’s disqualifications should not protect Sarsour from public scrutiny. At the Washington Examiner, Siraj Hashmi writes, the BuzzFeed story raised more questions than answers. “It’s certainly possible that Fathelbab exaggerated her version of events or even didn’t tell the entire truth, but that doesn’t discredit the idea that she could’ve been sexually harassed or assaulted,” writes Hashmi. “An affidavit saying that Sarsour defended Seif actually proves Fathelbab right, in that she took his side over his accuser’s.”

When we spoke, Fathelbab sounded profoundly frustrated, both because of the experience she says she had and the fact that so few people want to hear her story. And then, when they do, they just want to use it as a political football in their ongoing war against Sarsour.

This is perhaps the most interesting aspect of this story. The allegation against Sarsour ended up pitting two liberal causes against each other: victims of sexual assault, and Linda Sarsour.

Was Sarsour given a pass because she is a hero to the left? Or was the story — a single source story, reported by a hack in a non-credible publication — simply not worth pursuing?

It’s a good question, and one we should keep asking.

Since the election, the mainstream media is confounded by the reality that readers turn to questionable outlets with unreliable reporters like Benny Johnson. They don’t, however, consider their own culpability in the “fake news” phenomenon.

Whether or not Sarsour is guilty of the things Fathelbab claims she is, if only outlets like the Daily Caller are willing to give a fair hearing to women like Fathelbab, it’s no wonder they have readers willing to read it.