We Had A ‘P Is For Palestine’ Party For Kids, And The JDL Showed Up 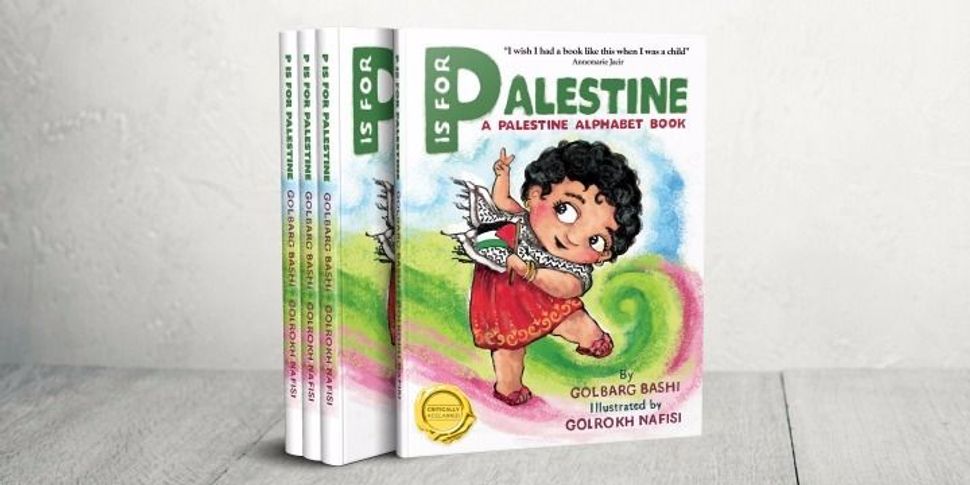 On Sunday, I took my kids to the ‘P is for Palestine’ Hanukkah party on the Upper West Side. It took no convincing: all they needed to hear was “jelly donuts.” Little did they or I know that by the end of the party, the children would have come face to face with a group of violent, shouting activists.

‘P is for Palestine’ is an alphabet book with gorgeous illustrations. With each letter of the alphabet, it runs through life in Palestine from a child’s perspective: A is for Arabic, B is for Bethlehem, and, most controversially, I is for Intifada.

When P is for Palestine was published, many parents were thrilled. But there was an outcry from some corners. On one listserv of Upper East Side moms, angry posts charged the author with “inciting death” and pronounced “Nothing more racist than Muslims!!!!!!!” before the the group was taken offline. On the Upper West Side, a self-proclaimed “progressive” rabbi claimed the book “promotes murder.”

Much of the hostility targeted my formerly favorite bookstore, Book Culture, which had hosted a reading and was selling the book like hotcakes. The rabbi publicly banned the bookstore from his synagogue’s book fair, generating an avalanche of online denouncements that seemed to frighten the store owners.

In the press, Book Culture stood up for its right to sell the book. But after meeting the rabbi they issued an obsequious apology. Among other things, Book Culture’s statement lamented violence against Israeli civilians “during the intifada or thereafter” without any reference to massive, sustained Israeli military assaults on Palestinian civilians ongoing since 1948. (This omission is bitterly ironic given that critics of the book complained that it didn’t mention Israel or Jews.)

Book Culture also affirmed Israel’s right to exist – a bookstore did that! Then, having discussed Palestinians only as violent, the apology added that Book Culture doesn’t endorse Palestinians’ non-violent boycott campaign, known as BDS. Having talked to the rabbi, Book Culture wrote, it “now understands” the “political and communal ramifications” of the book.

But to me, the statement smacks of arm-twisting and panic. Book Culture’s sad crumbling was part of the reason we had our ‘P is for Palestine’ Hanukkah party on the Upper West Side. We needed a party to get over our bookstore shaming itself.

But there was another reason. I’m an Upper West Sider raising Jewish kids. It is exhausting. There is literally no Jewish institution on the Upper West Side where my kids can participate in Jewish life – secular or religious – without having pro-Israel and Islamophobic messaging shoved into their faces. Investing my kids with a cultural identity that is both Jewish and pro-Palestinian is a constant balancing act.

I’m not alone in this. My neighborhood is actually full of anti-Zionist Jews like me. But we’re invisible, partly because of statements like Book Culture’s that invent, then apologize for, “Jewish distress” at Palestinian existence. I spent much of my youth coming out as queer. I don’t want my children to live in another world of shadows.

So this little Hanukkah party was organized by some friends, using the resources of our community. We picked a public space near a central subway line. We asked a famous designer of peace posters, Ricardo Levins Morales, if we could use his work as coloring sheets, and he responded sweetly by making us black-and-white versions of his work. We kicked in to buy bagels and donuts for legions.

We were rewarded with the most beautiful bunch of parents and little kids I’ve ever seen at a party. Kids sat down to teach each other dreidel games, share markers and food, and read this lovely alphabet book to each other. We would’ve sung the shehechyanu, the ancient prayer of appreciation for being alive and together, except the security guards told us it would make too much noise.

But the most tender part happened as a result of another jarring betrayal of community space. As our kids settled down to hear ‘P is for Palestine’, four uniformed members of the Jewish Defense League moved into position behind them and started filming and harassing them. The JDL is an armed right-wing Israel group that has bombed civilians. Last March, they beat up Palestinians and Jews marching together in Washington DC. Now they were menacing a children’s Hanukkah party.

Those of us who fight white supremacy and violence in our daily lives have plenty of beloved community, but bringing our kids together is rare and sweet. At a kids’ party, conflict and the threat of violence was unexpected.

Without hesitation, the parents, mostly strangers to each other, formed a line between the JDL and the children. The reading went on. Some kids were curious or worried about the JDL, especially since they refused to stop filming the children and were shouting at the parents.

But the kids also saw the determination of their parents: determination to stand up to bullies, to protect the children, and importantly, to enjoy. They felt safe, not because they were sure nothing bad would happen – it was happening – but because they saw what a community will do. So our reading remained a celebration.

‘P is for Palestine’ is part of our lives now. By reading it in community, the Upper West Side felt more heimish than ever before. Book Culture’s decision to throw much of its community under the bus became less important. As for the JDL, well, there are scary grown-ups in the shadows, which we already knew.

Emmaia Gelman is a parent and anti-racist activist.

We Had A ‘P Is For Palestine’ Party For Kids, And The JDL Showed Up