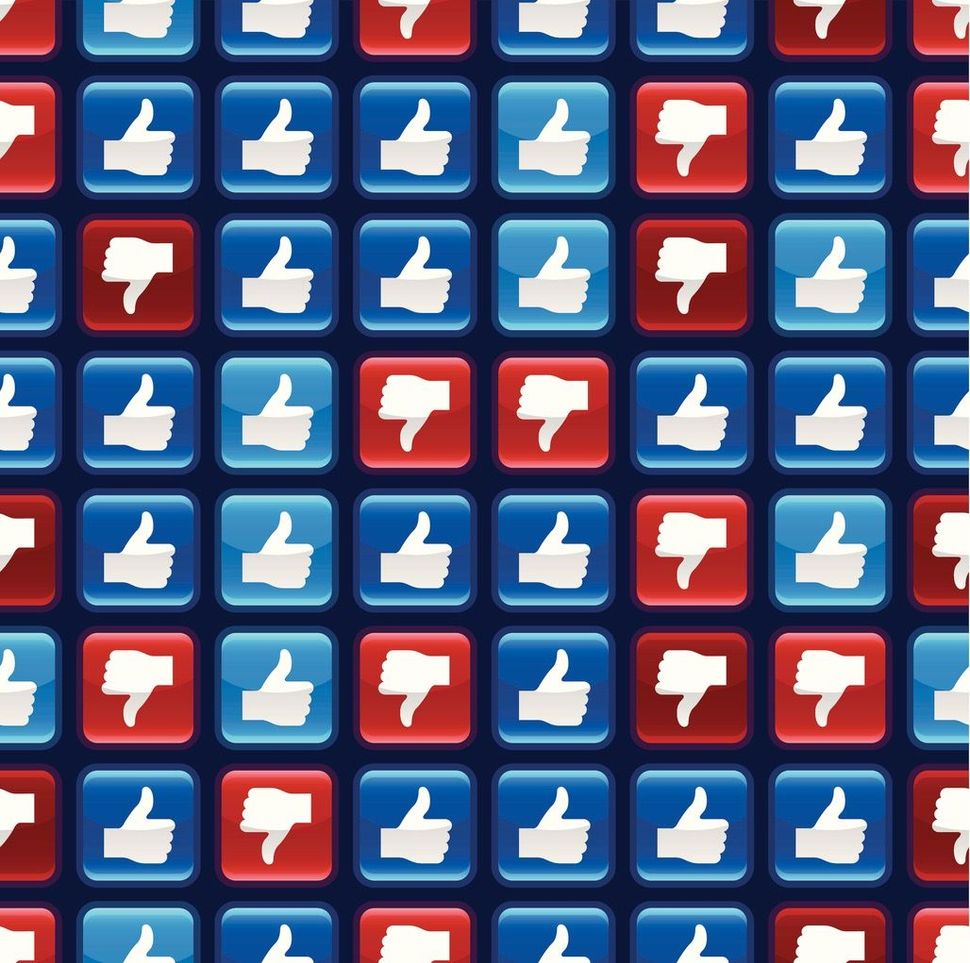 But for 2018, I’m jettisoning all the usual lofty goals and whittling down my resolutions to just one: No more political posts on social media.

I did not come to this decision lightly. In the 12 chaotic months since Donald Trump moved into the White House, I’ve logged countless hours online, sharing hundreds of stories that reflect my sadness over the state of our country.

And do you know how many minds I’ve changed? Not one.

This inability to alter other views is particularly disheartening when it comes to my Jewish friends and relatives, many of whom are only a couple generations removed from being the outsider.

Surely, I thought, I’d move the needle when Donald Trump called for a ban on immigrants from predominantly Muslim countries. I thought that everyone would hear the same inflammatory “America First” language of the 1930s and ’40s. But that echo of history? It fell on deaf ears.

I didn’t fare any better when the president called NFL players “sons of bitches” for quietly protesting police misconduct — especially coming on the heels of the Charlottesville rally, with his “very fine people on both sides” remark. If there’s something that we all could agree on, it’s the condemnation of neo-Nazis, right? Wrong again.

Of course, I lamented the alarming rise of anti-Semitism, on university campuses and in desecrated cemeteries. But few stalwart supporters were willing to make the connection to a president who has encouraged and emboldened such bigotry — from “Mexican rapists” to disrespecting Muslim and African-American Gold Star families.

“The anti-Semitism has always been there,” wrote one Facebook friend. “At least, now it’s out in the open, where we can deal with it.”

For us, as Jews, turning a blind eye to pain and suffering was unthinkable. These were the rules we lived by, a code of ethics demanded of all of us. “Tikkun Olum” — repair the world — was our charge to battle poverty, disease and injustice. “Be a mensch” was our daily admonition, which meant you sat with the nerd at lunch.

But did I have any luck shifting the narrative? Zero. Zip. Nada.

These divisions have torn at our community during the last year — especially despairing since we are less than two percent of the population. But a different calculus was suddenly in the air.

“Maybe we will have fewer Jews but better Jews,” wrote one friend, defiantly.

On Christmas Day, the director Rob Reiner tweeted: “My New Year’s resolution is to do everything I can to protect our democracy.”

I applaud his sentiment, but I’m done. The past year has left me utterly exhausted, so I resolve to make better resolutions. I’m swapping my annual goals of physical health for better mental health; the taming of paper clutter for clearing out more head space.

I’m taking a respite from the pervasive ugliness that has seeped into our Tweets and posts and replacing it with something calmer, such as photos of sunsets, flowers, kittens and babies.

It won’t help. But at least it won’t hurt.

Bonnie Miller Rubin is a former reporter for the Chicago Tribune.