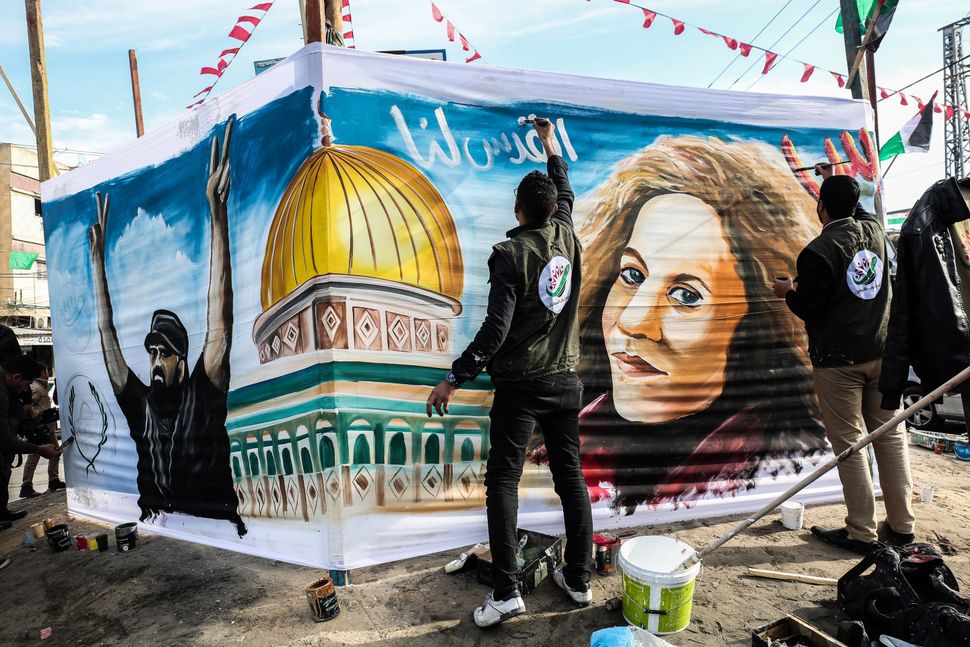 16 year old Ahed Tamimi has now been indicted on five charges of assault for slapping and kicking an Israeli soldier. In the pages of outlets like Ha’aretz, +972, Mondoweiss and Al Jazeera she has been hailed as a brave rebel, courageously saying “No!” to the occupying Israeli military.

In the meantime, “pro-Israel” organizations and journalists have been hard at work painting Tamimi as a violent agent of Palestinian militancy from an infamous family of terrorists. In this narrative, Tamimi was acting in bad faith, a puppet of her parents who intentionally tried to start a fight with an Israeli soldier just to make the IDF look bad, an agenda which was thwarted by the dignified and restrained soldiers who did not fight back against her provocation (see here, here and here). 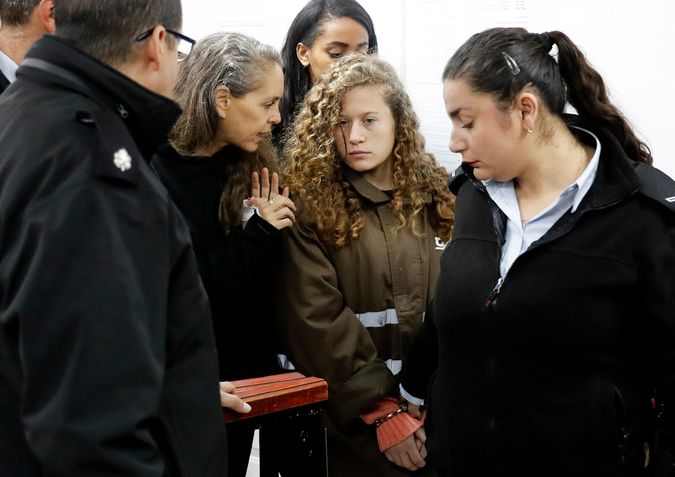 The popular hard left magazine Jacobin shared a possibly apocryphal story a few days on Facebook bound to make the blood of many Israelis boil, which went like this:

An Israeli judge asked the Palestinian girl Ahed al-Tamimi: How did you slap our soldier? She answered: Remove the handcuffs so I can show you how.

I couldn’t find where Jacobin was sourcing the story, and it seems the post has since been deleted, but it is an excellent example of the growing legendary status of Tamimi. Amidst all of this fog of folklore and rage, it is important to make an attempt to clarify the facts of what happened as well we can.

Ahed Tamimi comes from a family which has long been engaged in Palestinian nationalist activism. The family home is in Area C, under Israeli military control. Their village, Nabi Saleh, has been the scene of frequent protests since Israeli settlers appropriated the local spring a decade ago.

Bassem and his wife, Nariman, and other members of the family have often been at the forefront. One of Ms. Tamimi’s cousins, Ahlam Tamimi, received sixteen life sentences over her role in directing the deadly 2001 Sbarro Pizzeria massacre in Jerusalem, a fact which has been rather bizarrely used by several people to tar Ahed by association of kinship.

Bassem Tamimi, Ahed’s father, was found guilty of inciting violence in 2012, chiefly on the basis of the testimony of a fifteen-year-old who was interrogated with no lawyer present, causing skepticism to be voiced even by the likes of Fox News.

Stones have been thrown in the protests led by the Tamimi family, although as Ben Ehrenreich noted in a 2013 article for the New York Times, an army spokesperson said at the time that there not a single report of a soldier being injured.

Israeli forces have nevertheless responded to these protests with a combination of tear gas, water cannons or at times even rubber bullets or live ammunition. At least two villagers, including Ahed’s uncle Rushdie, have been killed, and hundreds of Palestinians injured.

This is the situation of political fever and intergenerational trauma into which Ahed has been born and raised. Harriet Sherwood, who met Tamimi in 2012 when she was twelve years old, wrote in the Guardian that Ahed said she wanted to become a lawyer so she could fight for Palestinian rights. But “alongside the fledgling activist who insisted to me she was not frightened of the armed soldiers she passed every day, there was a little girl anxious about being photographed near a military watchtower, and who – according to her parents – sometimes shouted out in her sleep or woke up sobbing.” Sherwood writes of her time with Ahed,

“When I asked her how often she had experienced teargas, she laughed, saying she couldn’t count the times. She described military raids on the family home. I observed Ahed and her brothers as, over and over again, they watched footage of their parents being arrested and their uncle writhing on the ground after being shot.”

On the day Ahed approached the soldiers on the lawn of her house a few weeks ago, she was by her own account enraged because her 15-year-old cousin, Mohammed Tamimi, had recently been shot in the face with a rubber bullet by the IDF. Mohammed’s jaw was shattered and the bullet lodged in his skull, resulting in a multi-hour surgery and him being put into a medically induced coma for 72 hours.

The now famous video shows her angrily trying to push and slap the soldier on her family’s property on his arm and yelling, “Leave!” The first escalation arguably does not come from Tamimi, a point missed by many viewers (if not intentionally edited out). The soldier slaps away Tamimi’s arm, after which she becomes enraged and begins screaming at the soldier, kicking and slapping him.

The soldier, to his credit, does not respond with further violence but backs away, keeping calm.

The assumption of many viewers has been that Ahed is being filmed because the family wants to embarrass the soldiers when they react violently. But in Ahed’s version of the incident, shared in front of the court during a hearing last month, she said that the same soldiers featured in the video had shot her cousin in the head with a rubber bullet an hour prior to the filmed encounter. “Then I saw the same soldiers who hit my cousin, this time in front of my house. I could not keep quiet and I responded as I did,” the 16-year-old testified.

As well as assault, Ahed has been charged with incitement. The prosecution cited a statement given by Ahed to her mother, who was filming the December 15 incident on Facebook Live. Immediately following the squabble, Nariman asked her daughter what kind of message she wanted to convey to viewers.

“I hope that everyone will take part in the demonstrations as this is the only means to achieve the result,” she said. “Our strength is in our stones, and I hope that the world will unite to liberate Palestine, because [Donald] Trump made his declaration and [the Americans] need to take responsibility for any response that comes from us. Whether it is stabbings or martyrdom operations or throwing stones, everyone must do his part and we must unite in order for our message to be heard that we want to liberate Palestine,” she concluded.

This last statement clearly belies the idea that Ahed Tamimi can be simplistically embraced as a hero of the likes of Malala Yousafzi. These words, which may seal her fate in the court of Israeli opinion even more than the video does, indicates that Ahed (and presumedly her mother, who shared the video) embrace violent resistance towards the Occupation on terms which may include attacks on Israeli civilians, attacks which are unconscionable.

The fact remains, however, that there are still many questions that should be asked about how to respond to the Ahed Tamimis of the Palestinians. The next generation of Palestinians, born to parents born to Occupation, reared on checkpoints and violent protest, anger, and humiliation, relatives maimed or imprisoned or killed and waking from PTSD dreams — how should Israel deal with these children?

The current strategy is not working. Midnight arrests, interrogations, tear gas and rubber bullets, and the harsh justice of military courts with their 97% conviction rate will only breed martyrs and wasted lives, as well as, at some point, dead Israelis.

What will come from imprisoning Ahed Tamimi, her almost certain fate? Nothing good. Will Israel ever adopt more creative, and more compassionate solutions to its angry Palestinian victims? As this article goes to print, news reports say that another member of the Tamimi family, 17 year old Musab Tamimi, was shot dead by the IDF yesterday at a protest outside Ramallah.

At the moment, room for hope seems slim, but without forging new paths, it seems likely the Israelis and the Palestinians will end up again in the same places they have been so many times before.