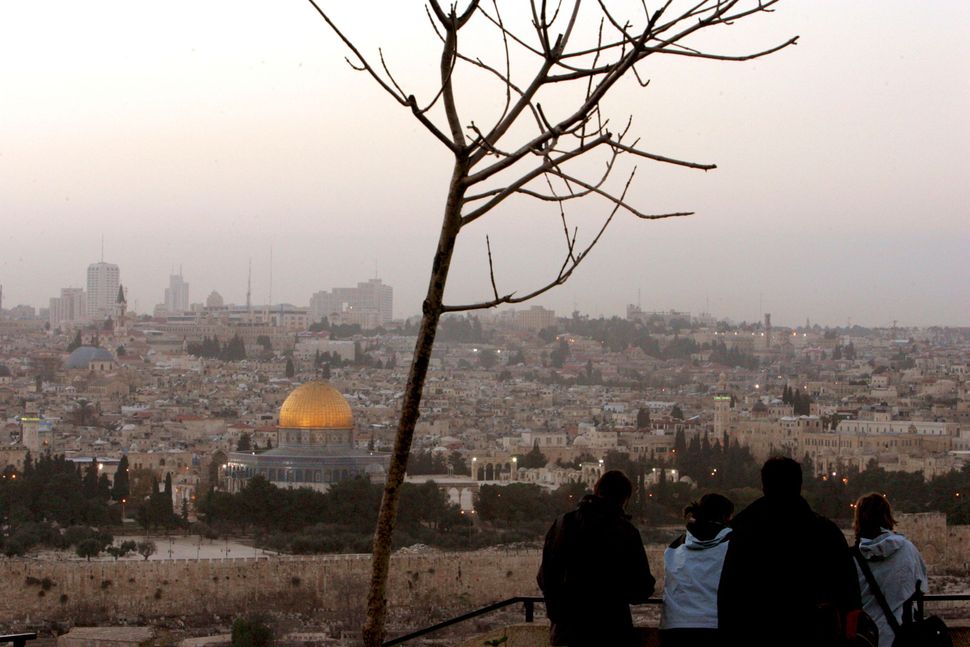 I’m probably known to the Jewish community as a co-founder, along with my dear friend Michael Steinhardt, of Birthright Israel, a remarkable program that has seen 600,000 participants exercise their birthright via an educational visit to Israel. However, since I was 17 I’ve been involved in the Jewish world.

My parents led the way, as my dad was president of Canadian Jewish Congress for over 20 years, including serving as a lobbyist at the San Francisco Conference that established the United Nations in 1945. I’ve been president of the Montreal Federation; of CLAL, the National Jewish Center for Learning and Leadership; the inaugural chair of United Jewish Communities (now Jewish Federations of North America); a board member of Mount Sinai Medical Center, and a member of the Jewish Agency for Israel board. For more than 20 years I spent three summer months in Jerusalem, involved in both business and philanthropy.

To cap off my career, I’m proud to be associated with the Israel Policy Forum, where the singular goal — the two-state solution –- is also mine, for that would end the Israeli/Palestinian conflict and bring peace to that part of the troubled Middle East.

To me, as well as a majority of Jewish Americans and Israelis, two states is the only way that Israel will be able to keep both its Jewish and democratic character — vital to both Israel’s founding document of May 13, 1948, and to the soul of modern Israel.

We generally know what that solution entails: the 1967 borders with agreed-to land swaps, plus other items to be negotiated, such as Jerusalem, trade, etc. There are major sticking points on both sides, but if there are courageous leaders on both sides, the two-state solution will come to fruition, as it must in order to maintain the demographic majority of Jewish citizens; obtain secure, clear borders, and have all the attributes of normal statehood after 70 years.

There are both practical and moral reasons that the two-state solution must happen. In the first place, failing its adoption would spell the end of Israel as we know it! And why? Because Israel is surrounded by Arab nations, to whom our ancient homeland is considered an appendage. Even though Israel is the only nation on the earth to have pushed back the desert and created a global agricultural miracle, and her peoples’ creativity and innovation have created a robust world-class economy, she will be doomed.

Or, as my dear friend, the late Shimon Peres, said, “It’s impossible for a rich island to survive in a sea of poverty.”

These so-called moderate Arab nations (other than Egypt and Jordan, which signed treaties with Israel) cannot and will not accept Israel until and unless there is an end to the conflict. We’ve heard this many times. So many, that I believe it to be true.

I’m also certain that if the government of Israel asked its citizens whether they would accept a deal that would totally end the conflict, a resounding majority would say “Yes!” The Palestinian public would also agree, perhaps with less enthusiasm. Statehood and the responsibility it requires would bring dignity to the Palestinian people and the conclusion to these endless hostilities.

To be sure, reaching this outcome entails many challenges, but we American Jews must be up to the task and vigorously support a two-state solution to ensure Israel’s future as a strong, Jewish and democratic state.

Yes, there could be one state encompassing the territory of Judea, Samaria and Israel. But what would it be? Over time, it would either no longer be Jewish, since a majority Arab population would control it, or it would no longer be a democracy if a Jewish minority ruled over an Arab majority. It would, in fact, be a prescription for prolonged civil war. Moreover, two states is the only outcome that has any chance of being accepted by both parties.

Yet we are realistic: A comprehensive Israeli-Palestinian agreement does not appear to be within reach now. But that cannot be an excuse for inaction. Instead, preserving the conditions for a two-state solution that would allow such an agreement to be attained in the future when conditions are more favorable has to be the objective now.

I have no ambivalence about my love and pride in the Jewish people. It took our forebears thousands of years, tortured, trampled, murdered, discriminated against always, to reach the longed-for reality of a renewed State of Israel. This is the miraculous state of biblical proportions.

But the risk of being wrong and losing our Jewish soul is an existential threat in our time — a greater one than intermarriage. So is Israel’s not having the security of clear and recognized borders. Ironclad security is mandatory for Israel, which is why I join the 270 retired generals of Israel’s military and intelligence organizations, the Commanders for Israel’s Security, in seeing the two-state approach as the only way to secure Israel’s future.

Therefore I ask every Jew in this country and abroad to join the IPF’s crusade to reinvigorate a passionate center, rejecting the extremism of both the right and the left, in order to sustain the Israel that we love and that our people so justly deserve.

Charles Bronfman is the advisory council chair of the Israel Policy Forum, a nonpartisan American organization founded in 1993 that supports a viable two-state solution consistent with Israel’s security.