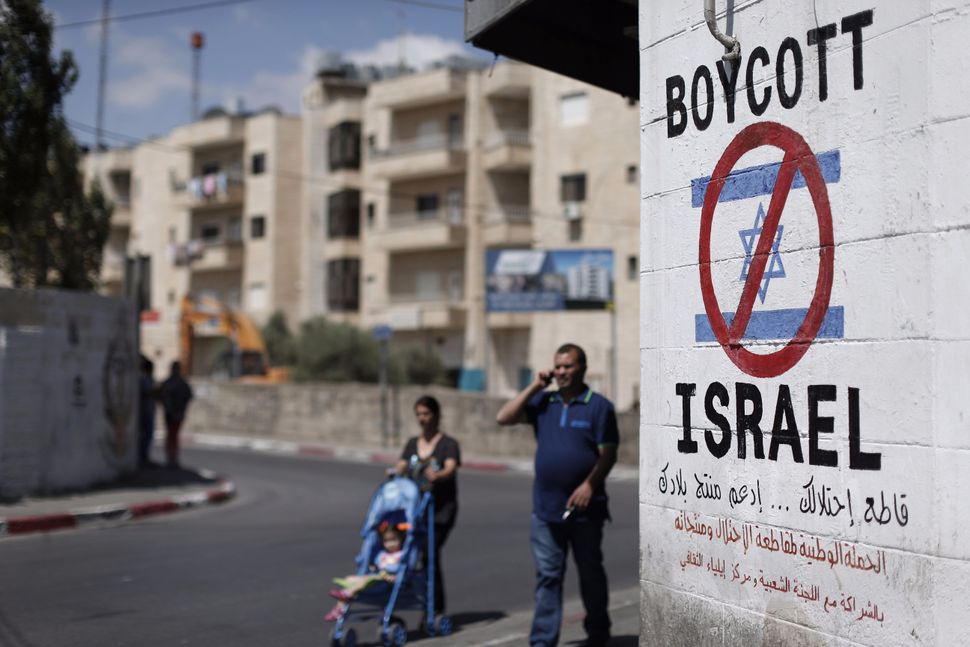 Every country in the world is allowed to decide who gets to visit. So the government of Israel was within its rights when it announced over the weekend that it would deny entry to senior leaders and high profile activists from 20 organizations that support the movement to boycott, divest from and sanction Israel.

Personally, I don’t favor BDS, which I consider a cynical attempt to unfairly single out Israel and stifle the very exchange of ideas and goods that could help promote an end to the Israeli-Palestinian conflict. Plus, many BDS proponents won’t say whether they want to end the occupation, or put an end to Israel as a Jewish state. It’s one thing to mount a targeted boycott. It’s another thing to obliterate a nation.

Nor am I personally a fan of Jewish Voice for Peace, one of the six American-based groups on the list. I find its tactics deplorable and I do not trust its motives.

But I can oppose BDS and dislike JVP and still believe that this blacklist is a really dumb idea. Because it is. The optics are terrible, while it’s not clear what such a blacklist accomplishes. And this new policy again raises uncomfortable questions about the Israel government’s continued attempts to narrow the definition of who gets to be a Jew.

“We have shifted from defense to offense,” Strategic Affairs Minister Gilad Erdan told Haaretz in defending the move. “The boycott organizations need to know that the State of Israel will act against them and not allow [them] to enter its territory to harm its citizens.”

Oh, I see. So if you say you’ll boycott us, we’ll boycott you first. Sounds a little like President Trump’s diplomatic strategy with North Korea.

Even if in principle Israel has the right to bar entry to those who favor these delegitimizing tactics, I still don’t understand what it hopes to prevent. To succeed — and so far it has not been very successful — BDS needs adherents outside Israel, not inside. And does Erdan really believe that JVP poses a threat if its members try to organize Palestinians living in the occupied territories? Those Palestinians don’t need to be told by an American activist what’s wrong with their lives.

If there are truly bad actors hidden among these 20 organizations — individuals who are demonstrably trying to harm Israel — the government can quietly deny them visas without any equivocation. But publicizing a blacklist just turns those groups into free-speech martyrs, encouraging even their critics to support them against this overreach.

Why, even the Jewish Agency for Israel won’t apply this blacklist to its immigration policies. “We will not prevent people from making aliyah for their political beliefs,” Yigal Palmor, director of public affairs and communications, told Haaretz.

This may be one case where the famously fractured Israeli government’s organizational dysfunction is a good thing. One minister says one thing, but that doesn’t stop another minister from doing the opposite.

The cumulative effect, however, is dispiriting. Already, the Netanyahu government has succumbed to ultra-Orthodox pressure to narrow the religious definition of who is a Jew — and therefore, who is eligible for the privilege of residing in Israel. If blanket political litmus tests are to be applied as well, then the Zionist aspiration of Israel as the homeland of all the Jewish people is put in jeopardy, isn’t it?

Tell us what you think by clicking on Have Your Say.

What I’ve been writing. My essay on Palestinian non-violent resistance, published in the January magazine and online last week, has generated a great deal of comment. Honestly, I’m surprised and deeply gratified by the tone of this conversation, which even when critical has been engaged and respectful. The shouters and haters seemed to have stayed home on this one.

Here are a couple of the responses we have published so far. If you’d like to join the conversation, please contact Batya Ungar-Sargon, the opinion editor, at [email protected]

A high note. Well, two actually. I had the good fortune of attending two very different but utterly amazing musical events at the end of December that illustrate the continued creativity of Jewish music spanning the generations.

The first was an annual tradition — David Broza’s “Not Exactly Christmas Eve” concert at the 92nd Street Y. Broza, an Israeli musician with deep roots in Spain and the U.S., is 62 years old now, and performs with a vigor and intensity that has not faded one bit. Each time I hear him play, and see him prance around the stage, and engage with a changing cast of musical characters, he reminds me of the transcendent power of the Jewish spirit, and its connections to a range of other forms and cultures.

And he’s so damn fun to watch!

A few days later came a different experience. Instead of sitting in a concert hall, I joined about 300 people on folding chairs crammed into a Manhattan synagogue social hall in a tight row of circles. In the middle was Joey Weisenberg, creative director of Mechon Hadar’s Rising Song Institute, and a collection of other musicians who led the assembled group — most of them way younger than I — in a magical series of niggunim, chants with few or no words, that was as lovely as it was uplifting.

While some in the room had spent several days at Hadar’s song institute, there were enough random participants to make this feel unrehearsed and spontaneous. Weisenberg has a special, soulful talent, a way of bringing together disparate voices into song and creating a musical community with skill and intention.

If you want to believe that a new form of Jewish expression was arising in America, that room on that night was a good place to be.

Looking Forward. I’ll be spending two days this week at Columbia University, one of a panel of judges sifting through nominations for the American Society of Magazine Editors annual Ellie Awards.

Meantime, send your comments and ideas to [email protected] and I’ll try to respond as soon as I can.