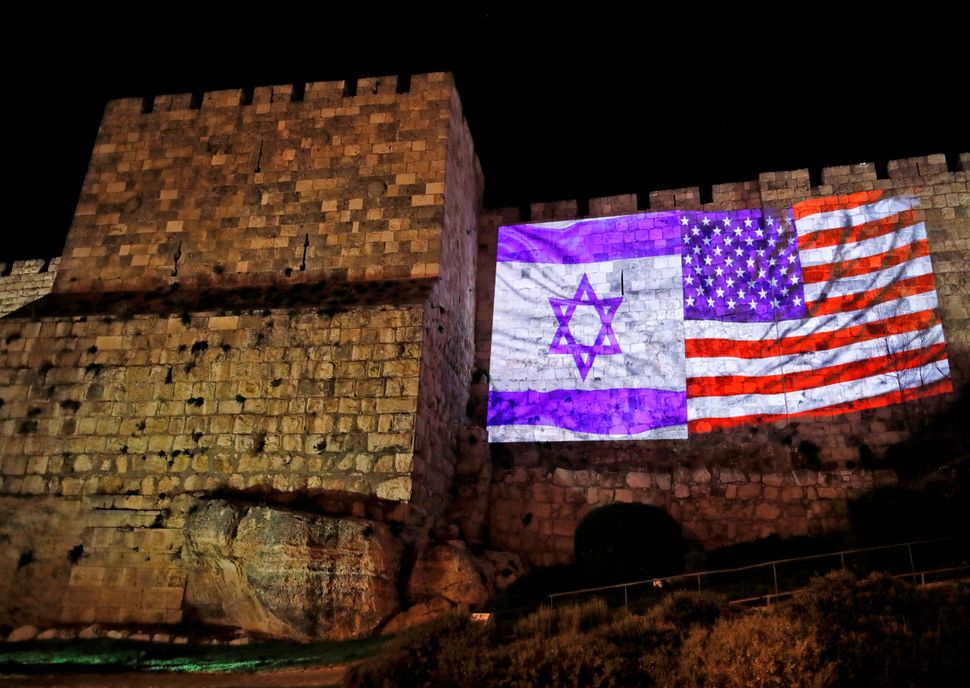 This week, the Israeli government announced its plan to ban the entry of key activists from 20 groups who advocate Boycott Divestment and Sanctions of Israel.

The move is neither surprising nor new.

Israel has for years been barring people from entering the country over their politics – even Jews. In 2010, it denied Noam Chomsky entrance. And last summer, it prevented several members of an interfaith delegation from boarding a flight, among them deputy director of Jewish Voice for Peace, Rabbi Alissa Wise.

But the closing of doors (and minds) to dissenting Jews is not a uniquely Israeli strategy. Rather, it has long been the modus vivendi of the American Jewish establishment, which has laid the groundwork for this blanket ban by creating a climate of intolerance, demonization and exclusion of Jewish groups who do not toe the party line; a climate that is anathema to respect and open debate.

Before Gilad Erdan and his Strategic Affairs Ministry launched their war on BDS, before they held their first anti-BDS conference in Jerusalem in 2016, before they allocated millions of dollars to the campaign, leading figures of the “pro-Israel” network in the diaspora were working assiduously to brand BDS as a violent, hateful and anti-Semitic movement whose goal is no less than the destruction of the State of Israel.

It was born and flourished inside the U.S. Long before BDS was a household name in Israel, before we were even really aware of it, the American Jewish establishment had begun a sustained assault.

Take, for example, college campus group Hillel International’s Standards of Partnership. Ratified back in 2010, the Standards prohibit hosting or co-partnering with individuals or organizations deemed anti-Israel or in support of BDS. Jewish Federations also have guidelines that bar funding for events that discuss BDS.

Veteran organizations like the American Jewish Committee, The Anti-Defamation League, the World Jewish Congress and the Zionist Organization of America, and media outlets like Tablet Magazine and The Jerusalem Post have for years worked hard at (read: been obsessed with) demonizing BDS and equating it with anti-Semitism. They have made these accusations against Palestinian figures like Omar Barghouti, Linda Sarsour and Students for Justice in Palestine. They are now using JVP — an increasingly popular organization and the only Jewish one in the U.S. that openly advocates for BDS — as the prime punching bag.

It is in this context that a November tweet by ADL CEO Jonathan Greenblatt, ahead of an event co-hosted by JVP on anti-Semitism, should be read, accusing JVP of fomenting anti-Semitism.

“Having Linda Sarsour & head of JVP leading a panel on #antisemitism is like Oscar Meyer leading a panel on vegetarianism,” wrote Greenblatt. “These panelists know the issue, but unfortunately, from perspective of fomenting it rather than fighting it.”

It was retweeted by CNN’s Jake Tapper and led to an onslaught of articles and tweets attacking JVP and putting pressure on the New School to cancel the event.

Similarly, there was the oped in the New York Times in which Bret Stephens casually equates The Zionist Organization of America’s embrace of white nationalists Steve Bannon and Sebastian Gorka with JVP’s embrace of Linda Sarsour, essentially arguing that anti-Zionists are on par with white nationalists — or put another way, anti-Semites.

This point of view didn’t spring up in response to Israel’s crackdown on BDS; rather, it is part of a homegrown, American-Jewish-made effort that is at this point a well-oiled machine.

A few other recent examples include: Editor in Chief of The Atlantic Jeffrey Goldberg recently called JVP “a group that displays a homicidal impulse towards Israel.” Jonathan Tobin, editor of the JNS, has argued that JVP’s anti-Birthright campaign is “predicated on the notion of erasing the Jewish State” since it supports the Palestinian right of return — a ridiculous straw man argument and double standard when you consider that Israel has already erased so many aspects of Palestinian life, history and economy — and that Palestinians don’t even have a state to speak of in the first place.

These are serious accusations and they seem to be largely accepted as a given in the media. No one has bothered to take the ADL (which claims to be the nation’s “premier civil rights organization” and the authority on anti-Semitism) and others to task for this reckless claim. The accusation of anti-Semitism against Jews and non-Jews alike who are aligned with BDS is based on their support for Palestinian human rights and equal rights, which includes challenging Israel’s definition as a Jewish state.

Let’s break this down.

On its site under “What is anti-Israel, antisemitic, anti-Zionist?” the ADL states that it “believes that the founding goals of the BDS movement and many of the strategies used by BDS campaigns are anti-Semitic. While there are people who support BDS but are not anti-Semitic, the campaign is founded on a rejection of Israel’s very existence as a Jewish state. It denies the Jewish people the right to self-determination -– a right universally afforded to other groups. In ADL’s view, this differs from legitimate criticism of Israel and is anti-Semitic.” (emphasis mine)

The Jewish right to self-determination is on its own a legitimate principle of course. But in Israel, Jewish self-determination continues to be synonymous with keeping millions of Palestinians under permanent military occupation without rights and subjecting its non-Jewish citizens and residents to a system of inequality in all walks of life: land, housing, education, water, and others.

The insistence on Israel’s “right to exist as a Jewish state” every time Palestinian rights are invoked is a red herring. “Pro-Israel” advocates use it liberally without being held accountable for what it means. Without defining what a Jewish state means for the Palestinians who live under Jewish sovereignty, they are evading the core issue for which the BDS movement arose in the first place: advocating for Palestinian human rights, chief among them their right to self determination.

Those, like myself, who believe in full equality for all people living in Israel/Palestine, are not rejecting the right of a Jewish state to exist, but rather the right of a state that systematically oppresses another people simply because of who they are to exist.

But more importantly, what does it say about a country that demanding it grant equal rights for all its inhabitants is equivalent to questioning its right to exist?

A state that would be destroyed if all its residents have equal rights is by definition not a democracy.

For years, the American Jewish establishment has put more effort into attacking BDS activists than it has in holding Israel — and the U.S. government — accountable for human rights violations and anti-democratic practices. Even organizations that oppose Israel’s settlement enterprise are lambasted and shunned.

To provide some context and proportions, remember that Trump’s ambassador to Israel David Friedman called J Street — an organization that squarely opposes BDS but is critical of the occupation — “worse than kapos.”

J Street, which supports a two state solution, was also barred entry into the Conference of Presidents, the large umbrella group of organizations that supposedly represents the American Jewish community.

Even before BDS came onto the scene, primarily in the wake of the Second Intifada in 2000, a whole cadre of groups was founded whose mission is essentially to market Israel’s image, which necessarily means assaulting and delegitimizing those who advocate for Palestinian rights, since that makes Israel look bad. These include StandWithUS, The David Project, Campus Watch, NGO Monitor, Honest Reporting, and more recently, The Canary Mission, and the AMCHA Initiative.

By excluding all those who challenge Israeli government policies, these organizations have effectively assumed a monopoly over Jewish legitimacy vis-a-vis the state of Israel.

Not only is it not surprising that Israel has created a blacklist; we know where it learned its tactics. The Jewish American community wrote the handbook on blacklisting Jewish dissent.

Mairav Zonszein is an Israeli-American journalist and a blogger with +972 Magazine. She wrote her MA thesis on the changing nature of what it means to be pro-Israel in the American Jewish community.