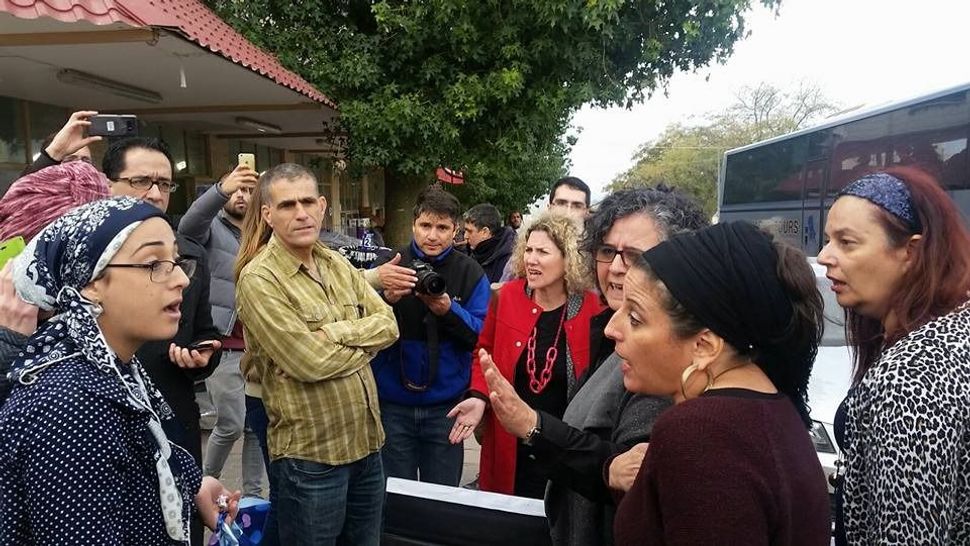 In the 10 years I’ve lived in Beit Shemesh, I have seen things I thought I’d never see. I’ve seen signs telling women what to wear and signs ordering them to walk down a specific staircase. I’ve seen young girls spit on and called shiksas. I’ve been spit on, for trying to protect these girls.

This is a story about runaway extremism. About the apathy of the local authorities and the silence of local religious leadership. It is a story in which the heroines are a few courageous women dedicated to stopping these acts, and whose efforts have brought together a motley crew best seen a few weeks ago when we toured the city’s landscape of modesty signs with a Christian Arab Israeli Member of Knesset and a varied group of Jewish women and men. It was one of the strangest and most inspiring experiences of my life.

For it wasn’t the police, or the rabbis, or MKs from the religious parties who came to see, to hear and understand. It was an Arab Christian MK, other MKs from across the religious and political spectrum, and men and women from IRAC (Israel Religious Action Center – the public and legal advocacy arm of the Reform Movement in Israel) with whom we found common cause. And despite the problems in Beit Shemesh, I came home from the day proud of the State of Israel that had brought us together.

Tensions in Beit Shemesh, a suburb 30 minutes west of Jerusalem, began over a decade ago, when groups from the most insular ultra-Orthodox Jewish sects settled in a newer section of the city, Ramat Beit Shemesh Bet. This neighborhood abuts an established Religious Zionist neighborhood where women, both native Israeli and immigrant like me have made a home for our religious Zionist families.

Signs declaring “MODEST DRESS ONLY!” began popping up around town. Teenagers were harassed for hanging out in groups by ultra Orthodox men; girls were called “shiksas” or “whores.” On a few occasions, men threw rocks. 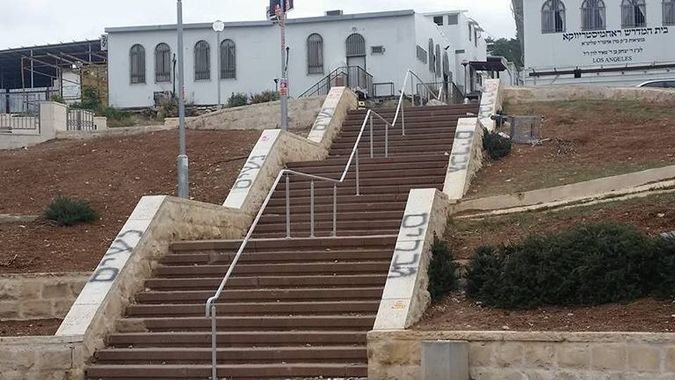 Most famously, the local religious Zionist girls’ school and its students were subjected to regular yelling, spitting, and vandalism by grown men in an effort to convince the school to vacate the premises.

A group of women, all of whom had endured physical or verbal assault, decided to try to end this harassment. They attempted to work with the city, and were all but ignored. Moderate haredi leaders refused to get involved.

And so, the women turned to the law, filing a civil suit against the signs.

Throughout all this, the women and their supporters were subjected to skepticism and criticism. Local politicians and residents criticized the religious women, accusing them of being “reformim” (Reform Jews) and using that to delegitimize their cause and besmirch their names in local magazines. Those who themselves had turned blind eye to the women and girls were now shaming them for accepting assistance where they at last found it. Many people, local and on social media demanded to know why they were causing such problems. “It’s just a sign,” they were told, over and over.

Finally, in 2015, the women had a big victory. The Magistrate court ruled in favor of the women’s civil suit and awarded them damages, all of which the women donated to charity. The city took some of the signs down.

Within hours, they were back up.

The new sign was even more specific: “Welcome to a haredi shopping center. Women who come / visit / buy/ work are requested to come in modest dress that includes long skirts, long sleeves and closed necks. Thank you for the understanding. Rabbis of the area and the residents.”

The thing is, it’s not just a sign. This past summer, religious teens who walked through Ramat Beit Shemesh Bet on Shabbat to volunteer with special needs children had trash and invective hurled at them by youngsters and adults. When their parents attempted to end the weekly harassment by meeting with haredi community leaders, they were told, “Don’t you see the signs? We are telling you how to dress. If you don’t follow those demands, naturally, you will be attacked.”

In other words, the signs were being used to justify violent behavior. In June of 2016, the administrative court ordered the signs removed. But as of February 2017, they were still up. In June, the city was ruled in contempt of court. The city then turned to the Supreme Court to appeal this ruling.

By the beginning of December 2017, not only were the original signs still up, but new signs had appeared. These new signs went beyond ordering a dress code to delineating where women were and were not permitted to walk:

“By request of the leading rabbi, women are asked to move from this sidewalk to the other side of the street and don’t go near the Shul and of course do not hang around on this sidewalk!” Read one.

“At busy times (mainly morning and afternoon ) on way to and from schools and Shuls, men – go on the right side of the stairs , women on the left,” demanded another.

On December 4, the Supreme Court held a hearing on the city’s appeal. Mayor Moshe Abutbol tried to claim that it was the job of the police to remove the signs. After all, he had taken them down once and the signs simply reappeared.

But the judges, were having none of it. Judge Hannan Meltzer was fiery in his response.

“There is no such thing as a street closed to women in the State of Israel. There never has been and there never will be!” Meltzer roared.

“Telling women how to dress and where to go in a public space is against the basic law of a person’s right to honor and freedom,” Judge Uri Shoham continued.

The judges gave the mayor two weeks to remove the signs or face jail time.

The judges’ decision made national headlines and on December 24, the Knesset Committee for the Status of Women and Gender Equality came to see for themselves if the mayor had fulfilled his obligation.

And that is how I came to be talking with MK Aida Touma-Suleiman about tzniut and hijab signs. 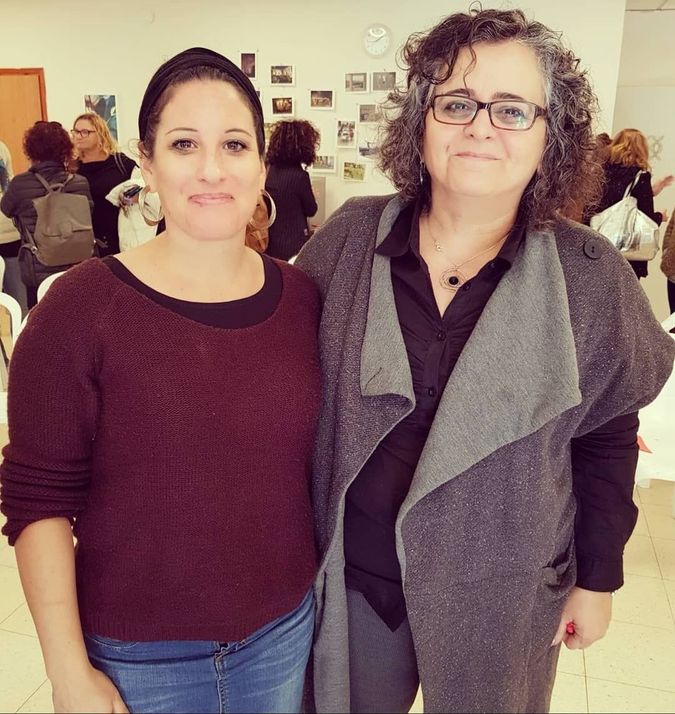 Touma-Suleiman is an Israeli Arab woman, who, in her capacity as head of this committee, has had to chair meetings on matters pertaining to women in Judaism. In preparation for debates, she has studied up on issues such as tzniut (modesty) and mikveh (the ritual bath). More than once, she has been heard correcting her Jewish counterparts on Jewish ritual and even quoted the Shulchan Arukh — the Jewish Code of Law — to a haredi member of Knesset during a debate on women’s rights in the mikveh.

Touma-Suleiman and six other MKs, members of IRAC, as well as members of the press joined the fact-finding mission.

In traversing the city by private bus, the MKs spontaneously decided to alight in the city center. Touma-Suleiman said she needed to get a feel for what happens in Beit Shemesh, and she wasn’t going to from the seat of a bus.

Here the visitors were treated to the sight of the women’s health clinic, where the word “woman” was spray-painted out. It is here that the largest modesty signs hang ominously above the main circle (now replaced with graffiti): “Passage only in modest clothing!”

Across the street was a segregated staircase with the word “women” in Hebrew painted going down on one side and the word “men” down the other.

As our group looked around at the graffiti, paper banners, and stickers plastered around the city to replace the signs, a crowd formed around us. One woman approached, dressed in ultra-Orthodox attire, wanting to know how we could enter the neighborhood with such disrespect, indicating the few women wearing pants (the signs specify skirts).

“Why can’t you respect our place?” she asked. “I have non-religious relatives. When they come to my home, they dress with respect.”

Touma Suliman told her that public streets are not anyone’s home, but a place where people do business and walk freely.

Their conversation was cordial, but increasingly tense, as dozens of men gathered around, some yelling “shiksa” and “prutza” — Yiddish for “non-Jewish woman” and “promiscuous woman” respectively.

Ironically, none of them knew that their name-calling was accurate, and one of the women they targeted, the Christian Arab MK, was actually not Jewish.

After the tour, the group sat together to debrief and discuss. Touma-Suleiman described the situation as a battle similar to others in the world, where wars over territory have been fought on the backs of women, often the weakest element of society and easiest to control. She said that the extremists were trying creating a “state within a state,” where their rules are law.

When the director-general of the city tried to suggest that the signs were really a matter of cultural sensitivity, Touma-Suleiman cut him off, saying, “Don’t talk to me about cultural sensitivity; that is only ever used to justify oppression of women. I’m not buying it.”

She compared the Beit Shemesh signs to posters in Arab towns that exhort women to wear the hijab, recognizing them as similar phenomena.

It was strange to find myself having more in common with this woman from Nazareth than with some of my neighbors.

We all — religious women, native Israelis, new immigrants, Russian MKs, secular male Israelis, and a Christian Arab, with widely divergent political views — sat together and discussed the need to protect the rights of every citizen without harming the rights of others.

And I felt pride in that moment. Pride in people, in their basic desire to do good and be good, and in the State of Israel where all of these people from divergent backgrounds were brought together.

I also felt deep disappointment and shame. Disappointment that we, religious women, had to leave the confines of our local and rabbinic leadership to try to resolve a situation that should not exist in the first place. Shame that these extremists and those who do nothing to stop them reflect so poorly on Torah and Judaism.

We who know that righteousness comes in all shapes and sizes will work with the Israeli Supreme Court, an Arab MK, and, for that matter, anyone else who wants to join the cause to protect Beit Shemesh — and the wider Jewish community — from the extremism in its midst.