Like Pharaoh, Trump’s Most Salient Trait Is His Ingratitude 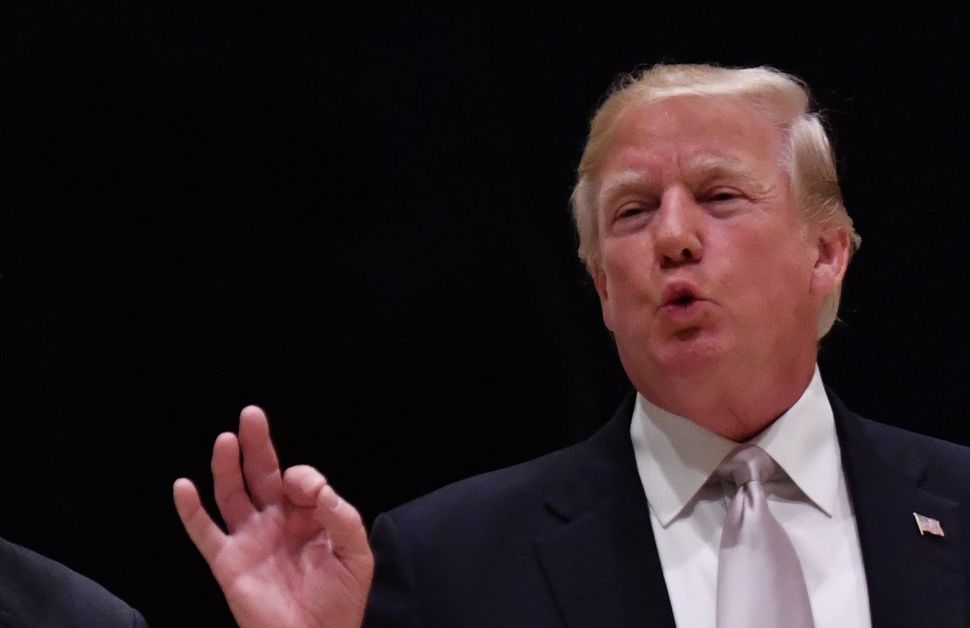 Until now, I have refrained from commenting on President Trump’s latest outrageous comments because so many others have said so much. After The New York Times editorial page on Saturday called him racist, ignorant, incompetent, undignified and a liar, is there anything more to add?

Before you accuse me of piling on, of simply adding to an already comprehensive list that the president’s many critics have compiled for several years, let me explain. Trump’s ingratitude actually lies at the heart of his very troubled presidency. It explains why he used a profane, racist slur to characterize a struggling nation and an entire continent, why he belittles and berates and needs to believe that he is the genius at the center of the universe.

You can say that Trump suffers from Pharaoh syndrome.

For Jews who follow the annual cycle of readings from the Torah, we’re in the early chapters of Exodus now, in the midst of the dramatic confrontation between Pharaoh and Moses, usually interpreted as a proxy for the struggle between slavery and freedom, between oppression and liberation.

But there is another way Jewish tradition characterizes this dynamic, writes Rabbi Shai Held in The Heart of Torah, in which the narrative of subjugation and deliverance becomes a tale of gratitude and ingratitude. Held’s book is a compilation of essays he wrote a couple of years ago, but his description of Pharoah bears a startling resemblance to the boastful, self-centered man now in the Oval Office.

“What does it mean to be ungrateful?” Held asks. “At bottom ingratitude reflects an inability — or perhaps an unwillingness — to acknowledge our dependence on, and our indebtedness to, anything or anyone beyond ourselves. To be ungrateful is to be unable — or again perhaps just unwilling — to acknowledge other people, past or present, who have made our lives possible.”

In dismissing immigrants (especially black and brown ones) while at the same time insisting that he’s a self-made success, Trump echoes Pharaoh to a frightening degree.

“If we are ungrateful,” Held continues, “if we don’t acknowledge the reality of just how much has been given to us rather than made or achieved by us, we will actually be incapable of worshipping anything but ourselves. It is not surprising, then, that the prophet Ezekiel imagines Pharaoh insolently declaring: ‘The Nile is mine; I made it for myself.’”

This analysis is more than a critique of our very flawed president. It’s also a critique of the America he purports to represent.

In pursuing policies that privilege a certain slice of America above all else, Trump and his supporters are ignoring the contributions of those who came from other nations and may not look or sound like them. Not only that: his “America First” approach — really, “White Christian America First” — ignores and negates the contributions our allies have made to our own geo-political success.

Pharaoh’s ingratitude and his inhumanity share the same root, Held teaches. “One of the tragic — and potentially horrific — consequences of ingratitude is the sense that nothing outside of me makes a claim on me. … Being ungrateful can thus be both a symptom and a cause of inhumanity, and the two have the potential to feed off of one another in a dangerous downward spiral.”

The only way to counter ingratitude is with gratitude. The only way to not let Pharoah win is to model a radically different way of living — one that Moses embodies, that our great leaders embodied, that America is when it aspires to what it can be. To do that, we must acknowledge others, realize our debt to them, and foster a society of mutual respect and reciprocity.

This is a critical year in the life of our nation. If all we do is react and overreact to the latest outrage from the president, designed to draw attention away from pressing problems and toward his needy self, then we will never get to reclaim our best selves. We will always be imprisoned and defined by his pathologies.

Time to break free and follow in Moses’ path, even if it means a long time in the wilderness. Time to turn away from Pharoah and let history judge him accordingly.

Like Pharaoh, Trump’s Most Salient Trait Is His Ingratitude