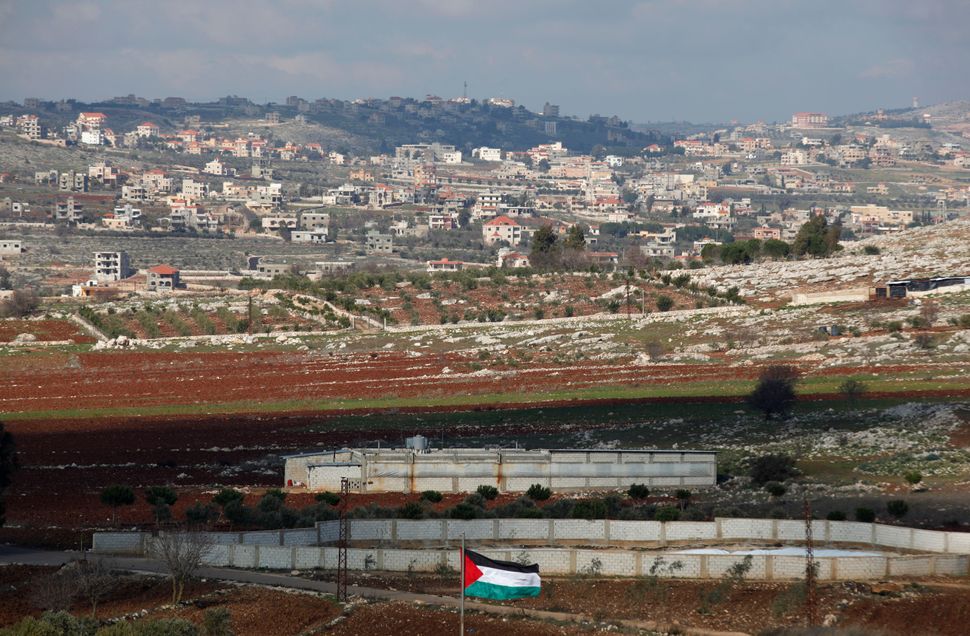 Last week, Michael Oren shared some thoughts on Israel and the US. Reacting to a new Pew study showing Israel has become increasingly a partisan issue in America, Oren said, “We have to make a decision to set a strategic goal of bringing the Democratic party back on our side.”

I share the concern of MK Michael Oren, Israel’s Deputy Minister for Public Diplomacy, over the data. I think we both agree that broad-based bipartisan support for Israel is an essential component of the country’s national security. Ensuring that support is a core mission of the organization I run. A second concern Oren and I share is that support for Israel among younger Jewish Americans is deteriorating rapidly. A survey released Tuesday by the Jewish Agency showed a 32-point drop in support for Israel among college-aged Jewish Americans between 2010 and 2016.

Helping young Jews see that they can support Israel and at the same time support freedom and self-determination for the Palestinian people is another core element of J Street’s work. We don’t buy into a zero-sum formula requiring people to choose one side over another; we seek a win-win resolution of the conflict in which both sides can find peace and security.

And this is where I depart from Oren. Oren believes the way to fix the problem is with “a team of serious people with a serious budget to work on this in a very serious manner.” But Oren’s analysis of the fix misses an underlying truth: Israel is bleeding support among liberals and young Jews in the United States not because it doesn’t have good public relations, but because it is entrenching an unjust occupation, obsessively expanding settlements, deporting asylum seekers and passing laws that undermine its democratic principles and religious pluralism.

Support for settlements has turned into a litmus test for support for Israel. Critics of the occupation are treated like traitors. Civil society organizations, human rights activists and even artists who warn that the country is headed down the wrong path are scorned.

Palestinians are treated less like people with rights and aspirations, and more like a problem to be crushed with force or explained away with hasbara.

I know Oren and I agree that the US-Israel relationship is rooted in our shared democratic values. While polling consistently shows that majorities of Israelis share those values, liberal Americans are coming to believe that Prime Minister Netanyahu and his government increasingly do not. They see Israeli government policies exacerbating conflict and injustice, not working to end them.

What are these American audiences supposed to think when they see the Israeli government’s warm embrace of the person whose ideas and agenda most threaten our core democratic and Jewish values at home: Donald Trump.

How should they react when representatives of the Israeli government defend and befriend Islamophobes and bigots like Steve Bannon and Sebastian Gorka? Or when Oren’s successor as ambassador acts as a partisan Republican operative?

Israel’s public relations efforts are actually pretty successful. Americans know all about the country’s high-tech miracle and openness on gay rights. And we appreciate the tremendous threats Israel faces in a dangerous region. We know too that the Palestinians bear a large share of the responsibility for the ongoing conflict.

But we also know that it’s wrong to perpetuate occupation, undermine democracy and restrict human rights. Neither a new ministry or millions in hasbara will change that view.

Oren’s advocacy for the rights of non-Orthodox Jews and for greater religious pluralism reassures Jewish Americans that there are leaders in government who share some of our values and concerns. There would be similar dividends for Israel were he to speak out as well on the need to end occupation, reject settler extremism, defend the right to dissent and pursue separate states for Jews and Palestinians.

During his time as Ambassador, I appreciated Oren’s willingness to meet with J Street and other pro-Israel voices with whom he did not see eye to eye. I urge him now to consider with an open mind whether it’s possible that the concerning decline in support we see today is being caused by the policies that his own government is pursuing.

Over the long run, many good friends of Israel in this country believe that the Israeli government’s policies are making Israel less secure, less moral, less democratic and far less popular in key sectors of American society.

It’s not too late to address these underlying problems or to reverse these troubling declines in support for Israel by reversing the course toward annexation and permanent occupation down which the government is presently leading the state of Israel.