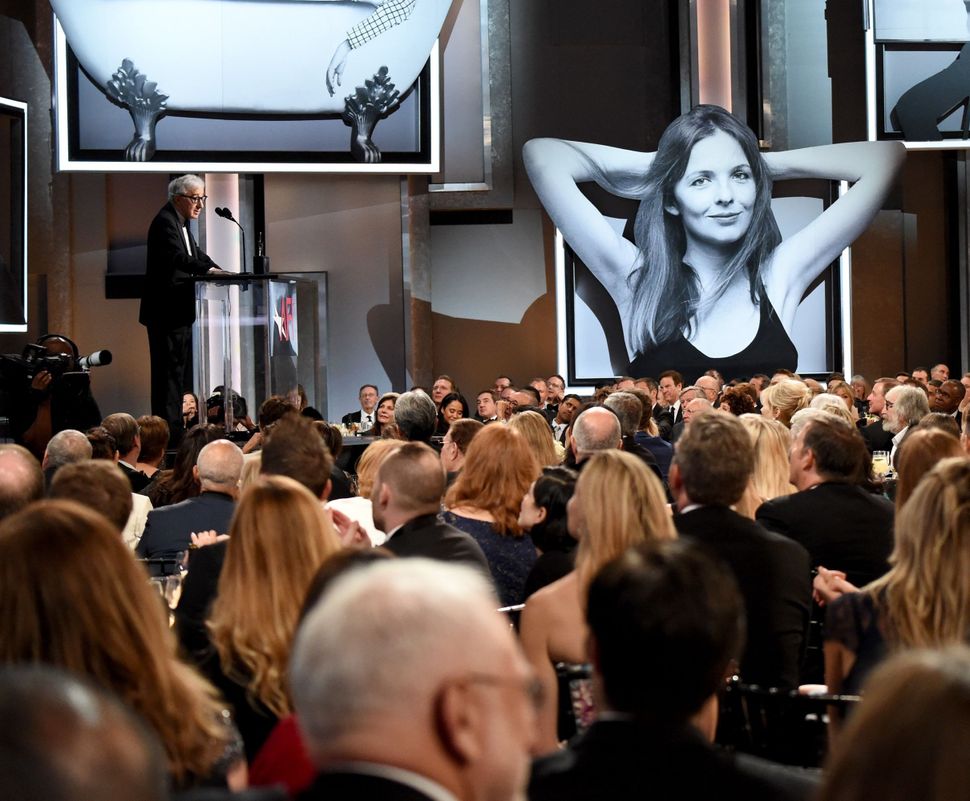 A few weeks ago, Dylan Farrow gave a new interview to CBS’ Gayle King on her allegations against her father, Woody Allen. She gave voice to what many of us had been wondering as the #MeToo movement progressed: Why was Allen still unimpeachable?

The thing is, for a long time, I was part of the problem. As hard as it is for me to admit this, I, too, spent way too long being skeptical of Dylan Farrow.

It has to do with the movies, though in more ways than one. Certainly I, like so many others, loved them too much to let them – and by extension, him – go.

But the reason I loved those movies so much – yes, loved, in the past tense – is the same reason I found it so hard to believe Dylan all these years. Many have noted that the films have buried in them borderline molestation narratives of older men and younger women. But watching these films as a young woman, Woody’s coterie of ingénues mirrored back to me my own frustrating experiences as a young woman unable to control a power over older men that I never wanted to exert.

Coming to understand this was difficult, not least because I don’t watch his movies anymore. I can’t. The idea of doing so makes me feel ill. I tried to while writing this, but just the opening music of “Manhattan,” a soundtrack I once loved so much, made me feel dizzy and avoidant.

So I looked up quotes from the movies I loved, to jog my memory.

In “Manhattan,” Isaac (played by Allen) nags his 17-year-old girlfriend Tracy (played by Muriel Hemingway), trying to stop her from catching a plane to go on a trip he’d previously encouraged.

“Don’t you want me to have that experience?” she asks. “I mean, a while ago you made such a convincing case.”

Isaac claims he still does. “I just don’t want that thing about you that I like to change,” he whines.

What was “that thing” Isaac liked about her?

“Not everybody gets corrupted,” Tracy supplies the answer, ever the wise ingénue.

The thing Isaac is anxious about her losing is her youth. She’s supposed to be away on the trip for a mere six months, and yet even that is long enough that the sheen of her youthful potential, that intoxicating question mark that men fetishize in young women, could be worn away by the time he sees her again. In six months.

Tracy is the archetype of this ingénue, so acutely rendered as a perfect, sickening male fantasy. She is so eager to please, so delighted at being seen by this lecherous man who brings nothing to the table but criticism and neurosis. . “Let’s fool around,” she tells Isaac at one point. “Let’s do it in some strange way that you’ve always wanted to, but nobody would do with you.”

I started to wonder how these movies had shaped me. A.O. Scott and David Klion both wrote about that experience from a movie lover’s and a Jewish male perspective. Woody spoke to something in them; he spoke a language that sung for them.

I assumed he’d done that for me, too. I didn’t think I related to the ingénues; they were so flat, in hindsight. In movies where costume and set design, music and blocking, play such pivotal roles, the ingénues now seem less powerful than even props.

It was Woody’s neurotic, New York Jew-ness that spoke to me, right? It had to be. I’m a creative, a writer. I dwell in jokes. Humor and words are how I learned to cope with my own neurosis, all my self-doubt and questioning and anxiety. He was my cultural archetype, not these bland, vacant women.

But in that same conversation, when he accuses her of having an affair with her professor, she protests. “He just happens to think I’m neat!” She cries.

Allen mocks her word choice, but I cringe now for another reason. I cringe in recognition.

That thrill of being seen as “neat” by someone you respect and admire, that naive defensiveness. I remember waving off my father’s concerns about a mentor’s overly friendly emails to me in high school, and then the spiraling loss of self I felt when the mentor professed inappropriate feelings for me months later. Like Tracy, I played the grownup: I assured him his feelings were fleeting, he was still a good man, we would remain friends and everything would be fine.

And it was. For him.

I remember seeking refuge in the apartment of a married man in a less-than-safe country in my early 20s, drinking martinis and chatting with him, finally relaxed after a harrowing few days of traveling alone, only to freeze up when he started to toy with my hair. I remember stammering about being tired, retreating to a guest bedroom, and scribbling furiously in a notebook. The notebook was lost later that year, but I still remember one desperate, plaintive line: “Why does this keep happening? What am I doing to make this keep happening?”

I had these friendships with older men. These friendships that were maybe inappropriate. I entered into them willingly. I really believed, over and over, that they just happened to think I was neat. And when that blew up in my face, I blamed myself. I should’ve known better.

Woody Allen taught me young women are objects to bounce funny dialogue off, vessels to fill with humor and art and ideas, potential personified. I never thought about that lesson directly, I just absorbed it, just enough to blame myself instead of the men.

Somehow, despite my feminism, I had been subtly persuaded of my witchy culpability in enticing these men, and of the pleasure of being seen by them, even though what they were seeing wasn’t really me. It was a fantasy, an idea. The exhilarating promise of youth.

At some point in recent years, the spell was broken. I’m not quite sure why. Is it just that I’m just over the hill? I’m disgusted by the whole model because I can no longer play the ingénue? I got old enough to feel protective of my younger self, and realized I wasn’t responsible for the behavior of grown men and also Woody Allen writes women terribly?

In finally letting go of the model of the ingénue – both the pleasures and the pains of playing to male fantasy – I was suddenly able to see Dylan Farrow clearly.

It was Woody Allen’s films that had provided cover for his behavior, in supplying me, a feminist, a young woman, with the model I was supposed to slip into – a model that made Dylan’s suffering invisible.

It’s visible to me now, though. And though the truth about whether Woody molested Dylan will remain completely unknowable, as Scott wrote, it’s a matter of who gets the benefit of the doubt. And if you look at the full picture of Woody Allen, he does not deserve the benefit of anything, let alone doubt.

This is a man who responded to the honor of being asked by Coretta Scott King to become an honorary director of the Martin Luther King, Jr. Federal Holiday Commission by telling his assistant, “OK only if they write again to ask.” “They” here refers to Coretta Scott King, a groundbreaking activist who shaped the trajectory of American history and lost her husband doing so. This is a man who left his wife for her daughter, whom he’d known since she was 11 and shacked up with at the ripe old age of 21. This is a man who referred to his supposed friend, Diane Keaton, in a speech meant to honor her, as a “fellatrix.”

This is an extremely gross and vile man, even if you opt not to re-watch his movies and see the characters for the one-dimensional insults that they are.

Danielle Tcholakian is a writer in New York City.