What Do I Tell My Children About Stabbings Here in Israel? 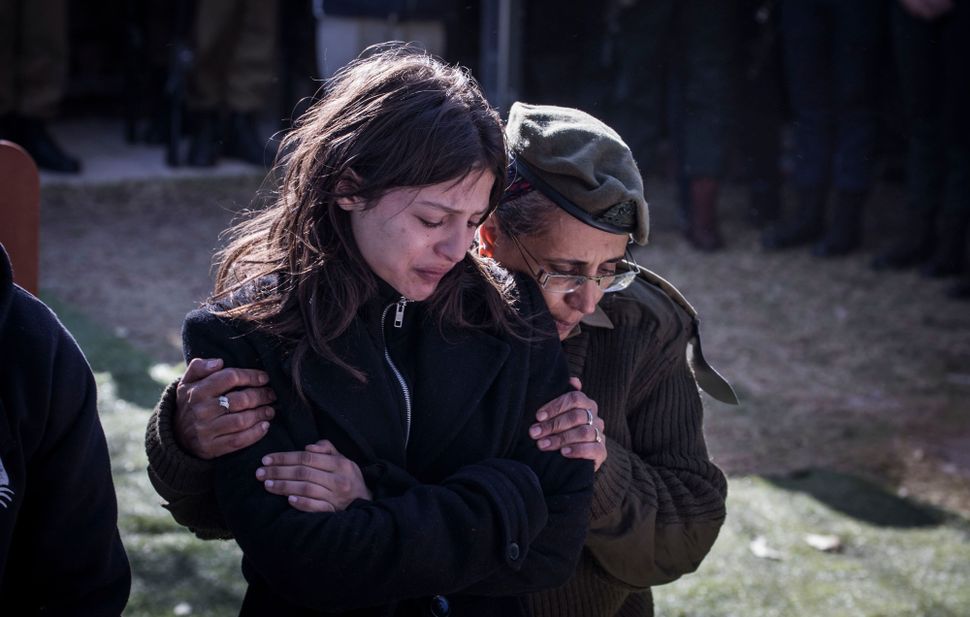 This was the tormented question my daughter asked me last night at the news of yet another fatal stabbing. A 29-year-old father of four, Rabbi Itamar Ben Gal, was stabbed to death outside the West Bank settlement of Ariel. A 19-year-old Arab man, Abed al-Karim Adel Assi, walked up to him and stabbed him multiple times in the chest before fleeing the scene. Assi has dual Palestinian and Israeli citizenship. He had received Israeli social service assistance, including a home in Tel Aviv for at-risk youth.

My daughter’s question reminded me of something I had seen the other day. It was a video by Nas Daily, a young Arab Israeli man who posts a video a day, over 660 and counting. His one minute videos highlight people and places around the world, showing his 4.4 million followers things they otherwise would likely never have the chance to experience.

But this video from a few days ago was different:

In this longer video, Nas shares what happened when an ultra Orthodox man approaching him while he was filming a separate video. The man was shocked to the point of disbelief when Nas told him that he is a Palestinian Israeli; “But you’re intelligent,” the man says. “You must be French.”

The Jewish man tells Nas that he works with many Arabs and that they are “barbaric”. And when his 15-year-old sister comes by, he tells her that Nas is Palestinian. She asks why Nas is proud to be Palestinian.

Nas is surprised, and pained, at her reaction, but as a teen in Jerusalem, this is her experience of Arabs. She has no interaction with Arab children, nor they with Jewish children.

All she knows of Arabs are those who kill.

This girl would have been 12 in 2015, when a new wave of terror, now called the “Stabbing Intifada” began. In its wake, Arabs as young as 13 used knives to attack Jews (and sometimes Arabs). According to the Ministry of Foreign Affairs, since 13 September 2015, there were 189 stabbing attacks and 138 attempted stabbings; 170 shootings; 60 vehicular (ramming) attacks; and one bus bombing. 61 people have been killed in terrorist attacks and 881 people (including uninvolved Palestinians) injured.

Though updated on January 8, these statistics are no longer accurate. On January 9, Rabbi Raziel Shevach, 35 and a father of six, was fatally shot by terrorists as he drove in his car. And yesterday, Itamar Ben Gal was murdered.

These attacks have created a reality where Israelis think twice and more during our daily routines. It changes where we stand at bus stops, how often we look over our shoulder, and who we stop to help on the street.

On our way out of town the other day, passing the area where a new neighborhood is being built, a young Arab teen approached our car and asked us the way to a hospital. Before I could fully answer him, our dog in the back of the car barked and the teen ran away scared.

I thought about that kid for hours. I was angry that an Arab teen was at a construction site instead of in school. Why was he building houses for others instead of building a future for himself? Where was the infrastructure that should have him learning, not working? Was someone at the site hurt that he needed a hospital or did our dog save us from a trap? I felt guilty for thinking that last question. Did it make me a racist? Is it racist to recognize and be aware of reality or was I giving in to terror by being suspicious?

Even as these thoughts carried me through the day, the news broke about Rabbi Ben Gal’s murder.

It was in response to this that my daughter asked me her anguished question. “Why do we let them stay?”

I did my best to explain to her that it isn’t everyone who kills, and that it isn’t that simple; we can’t just kick people out of the country because of the actions of some.

But I could see in her eyes that my arguments fell flat. They just couldn’t compete with the reality she sees.

Because like too many Israeli children, she knows the families of victims of terror. She knows people who have lost parents or siblings to random attacks, and nothing I say is going to counter that in her mind.

When Jewish mothers are stabbed on their doorstep, when Jewish girls are murdered in their beds by Arab teens from the next town, when families are ripped apart by drive by shootings, when the bus stop becomes a place to be wary, “it’s not everyone” means very little.

I am angry that this is our reality. I blame the Palestinian Authority for using the billions in foreign aid to line their pockets instead of build a future for their people, for creating a culture where killing Jews is a lucrative and prestigious career for a young man or woman, for inciting against Jews and broadcasting ways to kill us. I blame UNRWA for perpetuating the refugee status instead of training, empowering and educating the next generation of Palestinians to run a prosperous and democratic state.

I blame the world for showing simple, one sided versions of events, for not holding the PA accountable, for not insisting that Arab teens be given an education that includes English, a full history of the conflict, and hope of building the future instead of dying for the past.

And I blame them all for making me question a teenager on the side of the road asking for help.

The only people winning here are those for whom the conflict is good business. The rest of us find ourselves fearful, angry, mourning, or seeking solutions that promise more death on both sides.

We all deserve better.

What Do I Tell My Children About Stabbings Here in Israel?