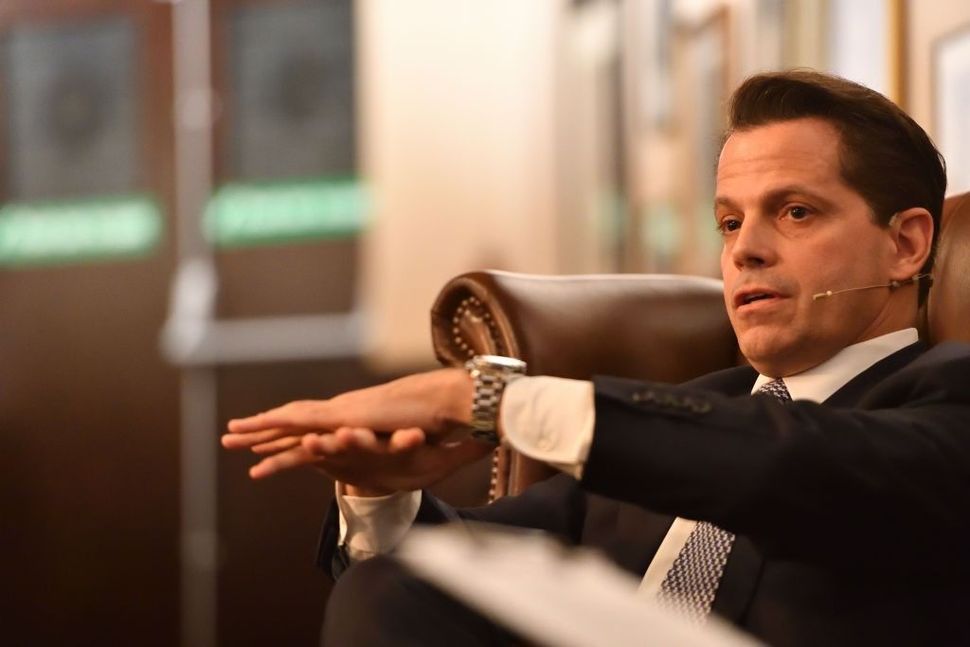 Last week, an anti-Semitic Republican primary challenger against House Speaker Paul Ryan named Paul Nehlen made a list of Jews (and a few righteous gentiles) who are verified on Twitter and have “insulted” him in the past month. In order to prove his point about the nastiness and dominance of Jews in media, he made a list of media figures who have tweeted about him and noted next to their name “Jewish” or “non-Jewish.”

This is after he tweeted images of members of the media with Jewish stars next to their faces; subtlety is not his strong suit. Several non-Jews were inadvertently welcomed into the tribe by Nehlen, who, since being disavowed by Breitbart, is open about his animosity towards Jews.

Nehlen’s anti-Semitism is blatant, out in the open, and easy to spot before he has a chance to become a viable candidate. But while the media jumps at the chance to catch a harmless internet anti-Semite in the act, equally problematic figures even higher up the totem pole haven’t received the same scrutiny — and that’s a big problem.

In Illinois, a Holocaust denier, Arthur Jones, is poised to win the GOP nomination to run for a House seat. According to Emily Zanotti, an editor at the conservative Daily Wire and a former political operative in Illinois, this mess happened because the Illinois Republican Party is unwilling to field a qualified candidate in a district where he or she would have no chance of winning.

“The Republican operation in Illinois is abysmal. There’s no chance this lunatic will win the seat; it’s a heavily gerrymandered district that is solidly Democratic,” said Zanotti. “The fight in the IL-3 is between Dan Lipinski, the last remaining pro-life Democrat in Congress, and his far-left primary opponent. That said, the GOP saw no value in pushing a placeholder candidate into the ring, just to keep the state’s Republican Party from being fully embarrassed. And now, we’re fully embarrassed.”

But what is more troubling than a few fringe candidates getting onto the ballot in districts that have no possibility of electing them is the behavior of several individuals with far more mainstream acceptance. One Republican Florida Congressman, Matt Gaetz, recently appeared on the alt-right conspiracy show Infowars.

Recall that Alex Jones, the founder of Infowars, has an entire page devoted to his nefarious activities on the ADL’s website. According to the ADL, he had said on his radio show this past year:

Meanwhile, the white supremacist rally in Charlottesville that left a young woman dead? The ADL claims Jones said it was full of “‘leftist Jews’ ‘in disguise,’ there to discredit white supremacists and incite violence.”

But Gaetz didn’t stop at appearing on Jones’s show. He invited a Holocaust denier, Chuck Johnson, as his plus-one to the State of the Union — and defended his decision when asked about it on CNN.

Representative Gaetz is the anti-Semitic candidate 1.0: his anti-Semitism is predictable and traditional. But if Gaetz’s colleagues and other conservatives aren’t careful, Nehlen and Arthur Jones will become the 2.0 versions.

This happens when the borders between what is acceptable and what is not acceptable begin to be eroded. That’s what happened back in October, when a Twitter account associated with Anthony Scaramucci, the colorful figure who was briefly President Donald Trump’s communications director, was forced to delete and apologize for a tweet surveying that asked how many people died in the Holocaust. But even after the tweet was deleted, the account went on to muse about Holocaust-related questions in inappropriate ways.

We don’t know if Scaramucci is an anti-Semite. But questioning the Holocaust in these terms certainly is, and this episode was alarming to many of us, and remains mysterious.

Unfortunately, all appears forgiven for Scaramucci in the mainstream media. Just this past week, he appeared on Bill Maher’s show and the highly respected Sunday morning show “The Week” on ABC.

Maher and George Stephanopoulos didn’t seem to find it necessary to ask Scaramucci about how many Jews he believes were killed in the Holocaust; but that doesn’t mean the rest of us shouldn’t keep asking.

It’s not fringe characters like Nehlen, powerful on the internet and impotent in real-life politics, that we need to be worried about. Rather than pouncing upon the easiest targets, we should be using our energy to call out those who spread anti-Semitism from positions of power. Because it’s from on high that anti-Semitic views are most dangerous — and we “powerful media Jews” should understand that best of all.