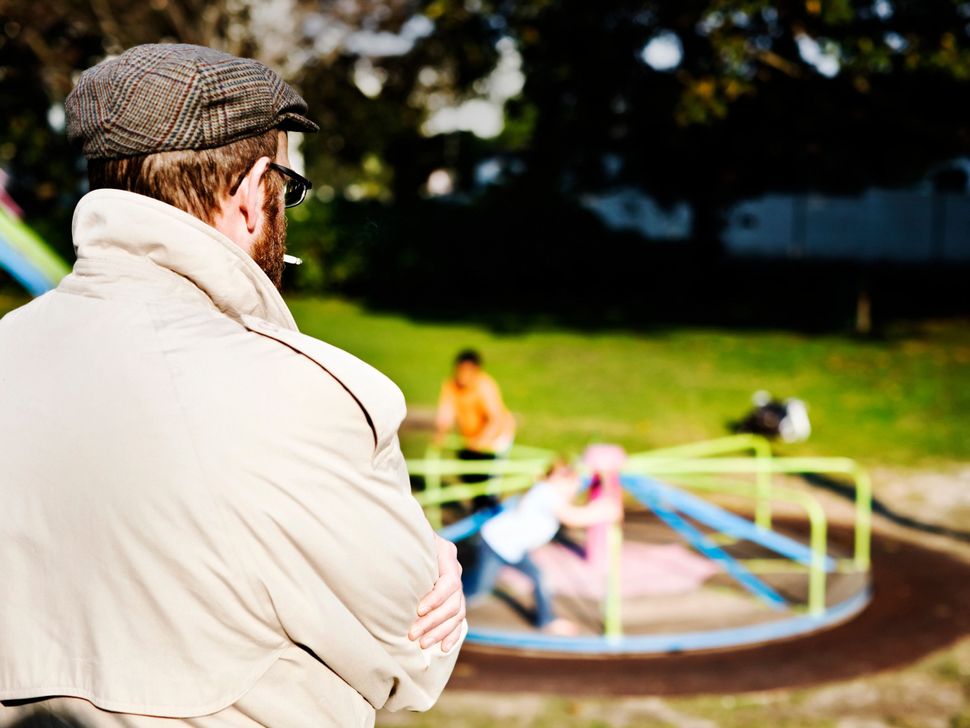 Almost exactly two years ago, I basically left my local Jewish community. I removed myself from every Facebook group and stopped attending local events, playgroups and more. The reason? A local rabbi, Aryeh Goodman, had been released from prison, after he served time for inappropriately touching a minor while working at a summer camp in 2001.

But it wasn’t Goodman who made me remove myself from my community. It was the community’s response.

When I posted about his release in Facebook groups in order to warn fellow parents, I was asked by several members of the community to remove the post. In groups where I was not an administrator, the post was deleted without my consent.

I was utterly horrified by how many members of the community downplayed the abuse he perpetrated (one message: “he didn’t actually molest him”) and tried to hide the abuse he committed, supposedly in order to protect his wife who runs a local preschool and his parents who run the Chabad at nearby Rutgers University from the shame of his actions.

I argued then that their shame should come from his actions, not the fact that they have been publicized, and that we have a moral and religious imperative to warn parents of a convicted predator in our midst. At the time that he was arrested, he was director of Chabad of East Brunswick (Chabad denies any affiliation with him), which focuses on educating children. He was charged with 12 counts of indecent assault of a person less than 13 years old, which took place 12 years earlier when he was a camp counselor in Pennsylvania.

Goodman served his time and was released two years ago. But this week, my warnings about the likelihood of the rabbi offending again were confirmed. He was caught with a child in an illegal sex act — again.

As MyCentralJersey.com reported, Goodman and two people from the Bronx are facing charges related to human trafficking and prostitution of a 17-year-old girl. “Rabbi Aryeh Goodman, 35, is charged with one count of engaging in prostitution with a child and one count of endangering the welfare of a child,” Middlesex County Prosecutor Andrew Carey and East Brunswick Police Chief James Conroy said in a release late Sunday.

In other words, my warnings, which fell on deaf ears, were prescient.

And yet, two years ago, those of us who dared to ask questions like whether Goodman walks around in his wife’s preschool, or if he attends Shabbat meals with students at his father’s Chabad house, where young women also dorm, were smeared more forcefully both in public and private than Goodman himself.

As one local woman messaged me to say, “I hope no one ever pulls your family through the mud the way you’re doing to someone else’s family now. Do you care that his wife is a member of these Facebook groups and likely seeing these posts? Can you imagine the heartache she’s going through without the attacks on Facebook?”

Actually, I can and I do. She must be heartsick. But that is because of her husband’s actions, not mine.

Another friend who posted an article about Goodman was similarly confronted. “In ten years, his kids could stumble on a post… [It] could have a horrible effect on his kids for life and make them feel more isolated than they will already feel. Let’s please exercise some consideration on what is posted.”

Got that? My friend, a mother of two, is the threat to the well-being of Goodman’s children for being worried about her children if he is present at community events. My friend is the real threat – not the convicted child abuser. She is inexplicably expected to hold the potential future feelings of Goodman’s children closer to her heart than the safety of her own children.

These zealous defenders of the family went on a crusade to gaslight those daring to ask questions about a convicted child abuser to protect their own children, while at the same time assuring parents that they have an eye out at his wife’s school for any impropriety. The same parents who spend their hours on social media on defense for the family, attacking those who even post about the story, were those claiming he has never set foot in the school.

The same parents who enthusiastically recommended the school while omitting the information that the director’s husband had just been arrested were those I’m supposed to trust with my children’s safety were they to enroll.

Two years ago, I decided I wasn’t willing to take the risk.

It was a tipping point for me. That so many people could claim that they don’t need to know about sexual predators in their midst, that so many could and would silence those of us worried about verified reports of these offenses, is a large reason why I decided not to send my children to school in this community.

Still, this second time around, when Goodman was caught and arrested again, proving how right we had been to be afraid, I thought surely there would be a different response.

How wrong I was.

When I posted about the case in a local parents group of Jews and non-Jews alike, one commenter from the Jewish community remarked, “My heart goes out to his parents, wife, and children. There are three young children involved. His parents are very special people as well.”

These kinds of comments, so common two years ago, began popping up on the new post as well in a horrible replay of the events. In comment after comment, there was plenty of concern for the parents, wife and children of the offender, with no sympathy expressed for the actual child victim of a sexual crime.

And like two years ago, in the past few days, there were again members of the local community looking to sweep his offenses under the rug. In one Jewish Facebook group, an administrator immediately received this message from one of its members:

“Can please take post about arrest of Chabad rabbi it not fare to shame his parents who does great things for the neighborhood.”

Thankfully, the moderator refused, telling me “unlike other admins/moderators I will not remove it — it NEEDS to be up there.” But commenting on the post was turned off.

In another group run by other Orthodox members of the community, a commenter wrote, “so we have to help slander?” A moderator immediately turned off commenting, and a short time later, the whole post was deleted by the original poster, who had received intimidating messages from community members.

Other community members posted the article in that second group after the first deletion, and after repeated postings, the article was left up for a short time, but with comments also turned off. As a moderator for the group explained, “We are aware of the recent unfortunate news regarding a local community Rabbi. While we feel for the victims and their families, we also feel for the family of the accused.”

Despite explicitly stating they would not be deleting the post in that moderator’s note, administrators of the group then did.

It is precisely because his family members work with children that members of the community should be allowed to freely and openly discuss a predator in their midst. Having respected members of one’s family in the community does not give one license to offend in secret. Or at least, it shouldn’t.

One member of the community commented on the post in the parents page “I just don’t understand why this happened again, with this same man – my heart is broken for this victim.”

The answer is, in part, because she was only allowed to make that comment in a non-Jewish run Facebook group, because in the two local Jewish Facebook groups, commenting had been turned off.

Unfortunately, the actual community of the perpetrator (and potential future victims) was too concerned with providing cover for the family of the “rabbi” than preventing more offenses.

The worst part about this is that these communities are using a religious argument – the sin of committing slander – to give cover to a convicted child molestor. What kind of message does that send to children being abused about speaking up, or to other adults about reporting?

The Jewish community must stop using the religious prohibition against slander as an excuse to not protect their children. It’s not just wrong morally, but also goes against Jewish law. All of our children’s safety is at stake and we should act like it.