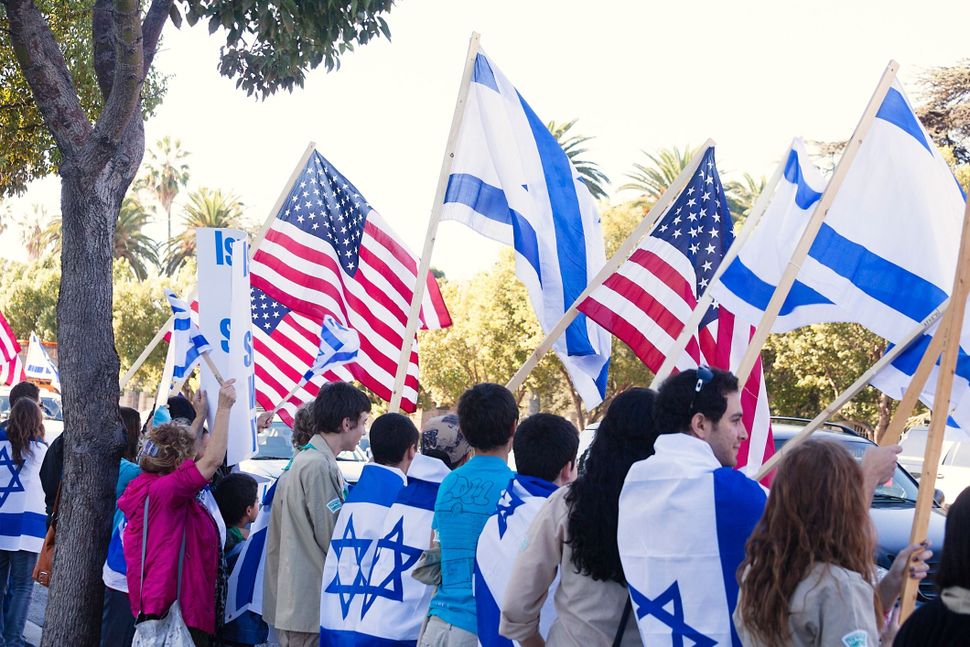 The Anti-Defamation League recently released the results of its annual anti-Semitism audit. The findings were staggering.

Anti-Semitic incidents in the United States surged nearly 60% this past year, driven in part by an increase in such cases in schools and on college campuses. ADL found 1,986 cases of harassment, vandalism or physical assaults against Jews and Jewish institutions in 2017, up from 1,267 in 2016.

But these results conflict with those of other surveys. Two recent reports — one from the Research Group of the Concentration in Education and Jewish Studies at Stanford and one from the Steinhardt Social Research Institute at Brandeis — found that, by and large, Jewish students do not feel threatened on campus.

This raises questions: Is anti-Semitism a perennial menace on American college and university campuses that increasingly threatens Jewish students around the country? Or is campus anti-Semitism a negligible issue that has been overhyped by overzealous Israel supporters?

The answer is, it’s anti-Semitism, but many younger Jews are reluctant to use the term in that context. And the less affiliated they are with organized Jewish life, the more that seems to be the case.

The Stanford report employed in-person interviews with 66 Jewish students on various California campuses who were either “unengaged or minimally engaged in organized Jewish life,” since these students “represent the vast majority of Jewish college students.” Most of them felt comfortable on their respective campuses, both in general and as Jews, and traced any discomfort they felt to the “strident, inflammatory, and divisive” tone of the campus discourse on Israel.

The Brandeis report grew out of a finding from a 2016 Steinhardt Institute study, which surveyed students on 50 campuses about anti-Semitism and anti-Israel sentiment and found wide variance between students’ experiences on different campuses.

The more recent Brandeis study focused on only four schools (Brandeis, Harvard, the University of Michigan and the University of Pennsylvania), and was distributed to both Jewish and non-Jewish respondents. The survey concluded that “the majority of Jewish and non-Jewish students… disagreed that their campus constituted a ‘hostile environment toward Jews.’” Some felt that there was a “hostile environment” toward Israel, but the majority did not agree.

Both of these studies seem to support the conclusion that campus anti-Semitism is a negligible phenomenon.

But this reading is oversimplified. One issue that affects both studies is the narrowness of the student populations surveyed. The Stanford report’s focus on unaffiliated students is particularly troubling, because removing Jewishly engaged students clearly skewed the findings. In fact, the two Brandeis studies as well as an earlier study from 2015 all agreed that those most strongly identified with the Jewish community and Israel are more likely to report hostility on campus. In other words, the Stanford study removed those most prone to experience — or, at least, to report — anti-Semitism.

The 2016 Brandeis report explained that this could be because those students are more likely to be targeted, or because they are more sensitive to the issue, or because students who experience anti-Israel sentiment might begin to feel more connected to the Jewish State, or some combination of all of these factors.

This does not mean that the Stanford survey is wrong; it merely emphasizes different data than other, earlier surveys and is thus more compelling if you feel that that campus animosity — at least when it is connected to Israel or Zionism — is not a serious issue, and less compelling if you disagree.

In other words, there’s data to reinforce your confirmation bias, whichever direction that might skew.

The focus on four randomly selected campuses in the 2017 Brandeis study also seems to indicate that campus anti-Semitism is not a serious problem. However, critics argue that four campuses are not a representative sample, and that the report merely amplifies a point from the earlier study: that there is wide variance from campus to campus in students’ perceptions of overall hostility toward Jews and Israel.

The 2016 Brandeis report found that some individual campuses and regions of the country are seen as more continually problematic on a year-to-year basis and referred to some campuses as relative “hotspots.” The report also found that one of the strongest predictors for perceiving a hostile climate toward Israel and Jews is “the presence of an active Students for Justice in Palestine (SJP) group on campus.”

Perhaps not coincidentally, in November 2017, one month before the study was released, the student government at University of Michigan passed a BDS resolution, its first successful BDS campaign after 11 previous attempts dating back to 2002.

Additionally, the students addressed in the Kelman study did not deny that there was a toxic discourse connected to Israel on their campus; they acknowledged the problem but assigned equal responsibility for the issue to both the pro-Israel and pro-Palestinian camps, a natural response for those who are alienated and feel rebuffed by the political stances or tactics of both sides. They used words such as “unsafe,” “discomfort” and “threat” to describe some of their campus experiences and were concerned that their Jewishness allowed them to be stereotyped as holding certain views.

Despite these issues, students were reluctant to use the word “anti-Semitism.” The study explains that this shows the students’ “understanding of the difference between Israeli politics and Jewish people,” and this may ring true for those who agree with that distinction.

And yet, some of the behaviors that the students described witnessing, such as ascribing stereotypical “dual loyalty” to the Jewish people, or holding people who happen to be Jewish responsible for actions taken by others who are also Jewish (or Israeli), or the fear of losing social status because of support for Jewish issues (or Israel), are all classic examples of anti-Jewish animosity, regardless of the students’ reticence.

In other words, the unaffiliated students at these colleges are redefining what counts as anti-Semitism, choosing to rule out behaviors that older generations of Jews — like those who run ADL — see as anti-Semitic.

The Stanford report also refers to “exaggerated claims about the tone of campus activism and misrepresentations of student experience.” The researchers conclude, ”Such claims do far more harm than good by heightening tensions and reinforcing divisions.”

Research suggests that Jewish students, for the most part, feel comfortable on campus, but the story is more complex than the main findings publicized in recent surveys. It seems that there is only one issue these surveys clarify unambiguously: that we do not agree on a standard definition of anti-Semitism, and this makes assessing its overall impact on American campuses much more difficult.

Linda Maizels received her doctorate from the Avraham Harman Institute of Contemporary Jewry at the Hebrew University of Jerusalem in 2010. Her dissertation was “Charter Members of the Fourth World: Jewish Student Identity and the ‘New Antisemitism’ on American Campuses, 1967-1994.