It’s Time For AIPAC To Register As A Foreign Agent 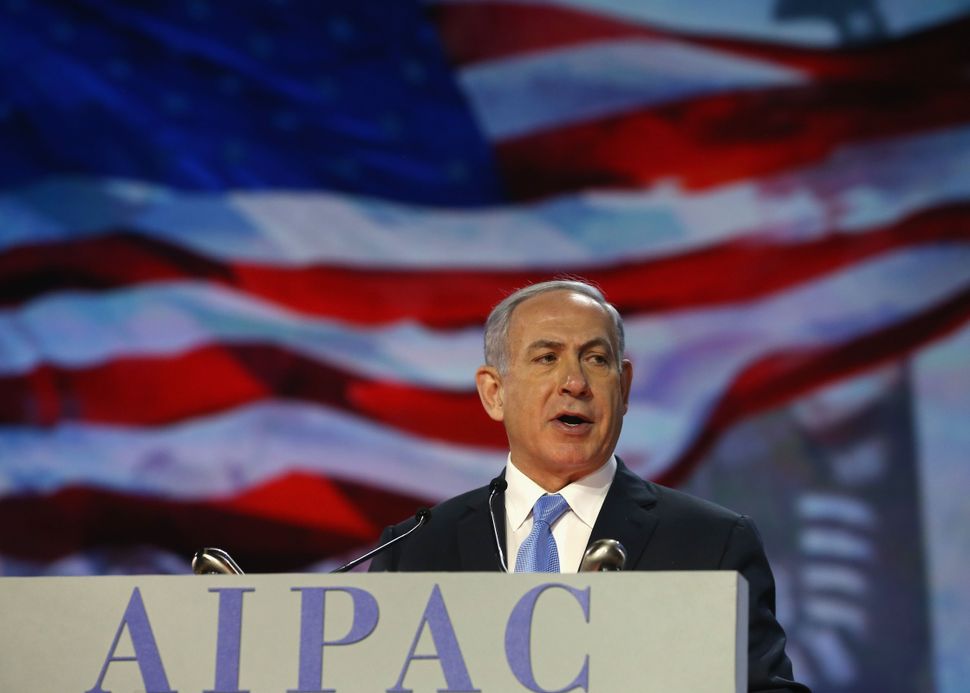 This weekend, 18,000 Americans from all over the country are coming to Washington to participate in the annual American Israel Public Affairs Committee Policy Conference.

AIPAC is one of the leading forces behind the Israel lobby, joined in recent years by the ascending Christians United for Israel. Other Jewish “pro-Israel” organizations are niche affairs, representing particular constituencies on the left or right. But it’s AIPAC that is the registered lobby on Capitol Hill, and it is AIPAC whose clout on matters relating to Israel exceeds the clout of the National Rifle Association on matters related to guns; while the NRA’s sway is almost entirely over Republicans, AIPAC has historically drawn its support from both parties. Is there any place but AIPAC that not only gets Mike Pence, Paul Ryan, Mitch McConnell, Chuck Schumer and Nancy Pelosi in the same room, but also gets to hear them in near total agreement?

But there’s something strange, too, about AIPAC. Consider Vice President Mike Pence’s remarks at last year’s conference: “Every freedom-loving American stands with Israel — because her cause is our cause, her values are our values and her fight is our fight.”

How can America’s representatives declare that any other country’s fight — even one as close to us as Israel is — is our fight, its cause our cause, its values our values?

It’s precisely this kind of overidentification that George Washington warned against in his 1796 farewell address. “A passionate attachment of one nation for another produces a variety of evils,” Washington said. “Sympathy for the favorite nation, facilitating the illusion of an imaginary common interest in cases where no real common interest exists… betrays the former into a participation in the quarrels and wars of the latter without adequate inducement or justification.”

To protect against this kind of passionate attachment, the United States has laws in place that forbid foreign governments from wielding certain kinds of influence or lobbying. Every foreign country represented in Washington by foreign agents must register under the Foreign Agents Registration Act. Under its terms, the country in question is absolutely banned from participating in or influencing American elections. Every contact the agents have with Congress must be reported to the Department of Justice, along with how and where they spend their resources.

But it does not apply to the Israel lobby as represented by AIPAC, which is heavily involved in our political system, funding candidates who are perceived to be “good on Israel,” and defunding incumbents who fail to subscribe to the favored foreign state’s agenda.

How does AIPAC get away with it?

It gets away with it because AIPAC’s founder, I.L. Kenen, came up with a legal loophole by which AIPAC is defined not as a lobby for a foreign state but for Americans who support that state. It’s a critical distinction that makes AIPAC’s dominance over U.S. Middle East policy possible.

I worked at AIPAC directly for Kenen, back in the 1970s before moving on to Capitol Hill. He told me that he came up with the AIPAC formula — AIPAC as an American organization lobbying for Americans — so that AIPAC would be legally permitted to engage in politics and not have to reveal its activities. A devoted American and liberal Democrat, Kenen believed American and Israeli interests and values weren’t likely to diverge anyway, so what’s the problem?

After Kenen retired, Israel and AIPAC took a rightward turn, and he saw the mistake he made. Toward the end of his life, Kenen was outraged by the AIPAC leadership with its unquestioning support of the occupation of the West Bank and the blockade against Gaza, and other right-wing Israeli policies. He hated what he saw as AIPAC using its political power to keep the United States government and other influential Americans and, perhaps most important, the media from straying from the Israeli line.

Not only was AIPAC making it hard for the United States to restrain the Israeli government, but it was also weakening forces inside Israel that were trying to do so. The Israeli peace camp needed the United States on its side, but thanks to AIPAC, the United States could not help our natural Israeli allies. Of course, when Prime Minister Yitzhak Rabin was actively seeking peace and an end to the occupation, that was the moment AIPAC chose to separate itself from Israel, resulting in Rabin’s blistering exhortation that it get the hell out of his way. By the time of his death, Kenen was thoroughly alienated from the organization.

Now is the time to undo Kenen’s mistake. It is time to require AIPAC to register as what it is: a foreign agent. It will still be able to advocate for Israel, but as an Israeli lobby, which admits to getting its marching orders from the Israeli government. What it would not be able to do is direct campaign money to politicians. Let’s see how many vice presidents, senators and representatives show up at its conferences then. Let’s see how many of its Israel-right-or-wrong resolutions pass the House 435-0. Let’s see if presidents are still afraid to say what they think about the occupation and the denial of democratic rights to Palestinians.

I began this piece by referring to AIPAC as the major component of the “pro-Israel” lobby. Actually, it isn’t. It is a lobby for the Israeli right and for a status quo that has turned Israel into an international pariah. That is not the way it has to be.

In 1995, when the peace-seeking Rabin was gunned down by a right-wing Israeli zealot, more foreign leaders attended his funeral than had attended any similar rite since John F. Kennedy’s. Poll after poll showed Rabin, the man who negotiated honestly and directly with the Palestinian leader, Yasser Arafat, to be among the most admired people in the world.

Today, Netanyahu and AIPAC (which has kept the United States government firmly behind Netanyahu’s policies) have turned Israel into a source of dissension even among American Jews.

No, AIPAC is not a “pro-Israel” lobby. It’s the Netanyahu lobby and our laws should treat it as such, for Israel’s sake even more than our own.

As for the thousands of Americans gathered in Washington this weekend, they need to know one thing: They are not supporting the dream of a secure, democratic Israel at peace with its neighbors and the world. They are, unwittingly, supporting a right-wing political agenda that is placing Israel in ever-deeper peril and, frankly, jeopardizing its very existence.

M.J. Rosenberg worked at AIPAC from 1974 to1976 and from 1982 to 1986. He worked on Capitol Hill for 15 years and was a Clinton political appointee at USAID. Find him on Twitter @mjayrosenberg.

It’s Time For AIPAC To Register As A Foreign Agent