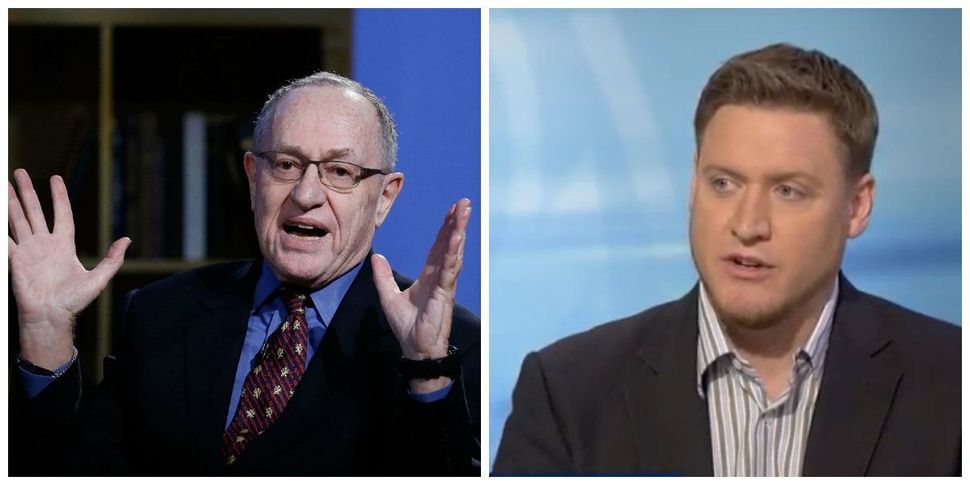 Clayton Swisher has produced a film for Al Jazeera that used a Jewish undercover journalist pretending to be a Zionist to infiltrate and report on pro-Israel organizations. Now, in an op ed in these pages, Swisher is trying to use me to provide a “qualified seal of approval” for the unfairly one-sided video. But he distorted what I said to him, in the presence of my wife, after he showed me an hour and a half of the four hour film.

I do not approve the content of the film, even qualifiedly. In fact, when he asked me for a quote he could publish regarding my assessment of what he showed me, this is what I sent him through “WhatsApp”:

“The framing of the film is by virulent and notorious anti Israel commentators, such as John Meirsheimer, Max Blumenthal and MJ Rosenberg. The narrator also reflects an anti-Israel bias. The hour and a half that I was shown was completely unbalanced and one-sidedly anti-Israel. It does not, in my view, meet acceptable standards of journalism.”

He did not publish what I wrote to him, nor what we discussed after my viewing. We discussed two issues. The first was the ethics of infiltrating pro-Israel organizations with a person pretending to be a Zionist. I did tell him that I had no problem with the concept of using undercover journalists. I told him that American networks, including PBS, employ this tactic, but I did not say a program like this would be allowed to run on PBS. I don’t believe it would meet the minimum standards of journalistic fairness. [Editor’s note: When reached by The Forward, Clayton Swisher maintained that Dershowitz said he could see the documentary airing on PBS.]

I told Swisher that the program was irremediably flawed by the absence of even a single pro-Israel commentator or narrator. Every single one of the individuals who commented on the surreptitiously recorded videos interpreted the interviews in the most sinister possible fashion, never presenting an objective assessment of those who were the subjects of the hit piece.

I said that what was needed were pro-Israel commentators who favored a two state solution and an end to the conflict. It was in this context that I said that I was one among several people who could fit that criteria, although I would not participate in the re-editing if I were the lone pro-Israel, pro-two state solution voice. [Editor’s note: Clayton Swisher maintains that Dershowitz offered only himself as a counterpoint, and that he did not say he would not participate if he were the lone pro-Israel voice.] Instead, Swisher suggested a panel discussion following the broadcast.

Five days later, when Swisher contacted me to say he was writing about our exchange, I told him that a panel discussion following the presentation of the videos would not solve the problem. I said that the only way to cure the bias of the film was to reshoot and re-edit it with some neutral or pro-Israel commentators or narrators.

We also discussed the relationship between Swisher, Al Jazeera and the Qatari government. He insisted that he had the freedom to investigate any group. I challenged him by asking whether Al Jazeera or the Qatari government would allow him to conduct an undercover investigation of Students for Justice in Palestine, or the Council on American-Islamic Relations’ ties to the Muslim Brotherhood. He said he himself would not want to pursue such an investigation. “There is nothing to investigate in those organizations,” he said.

Swisher then said I was well known for opposing censorship. I responded that I would not demand the censorship of this or any other anti-Israel video, but that I would express my view as to whether it meets minimal journalistic standards.

If the Qatari government continues to finance Al Jazeera, it should insist that Al Jazeera meet acceptable journalistic standards, which include balance, objectivity, and fairness in presenting all sides of a controversial issue, and avoiding anti-Semitic or other bigoted tropes. These standards also demand that factual assertions made by partisans be challenged and confirmed. In this regard, I pointed to an outrageous accusation made in the documentary by the BDS leader Omar Barghouti, that the Israelis were considering assassinating him. The alleged support for that blood libel was a vague statement by an Israeli official that did not come close to supporting the allegation. Barghouti spends a great deal of time in Israel, where he did his graduate work and is a citizen. If Israel had any interest in assassinating him, he would long be gone.

Both Al Jazeera and Qatar are being tested by this biased four-hour screed against Israel. They should not censor it but neither should they compromise journalistic standards in order to avoid being charged with censorship. It is not censorship for a network to demand that before a film is telecast, it must meet acceptable journalistic standards. As it now stands, this one-sided film does not meet these standards.

Dershowitz’s latest book is “The Case Against BDS: Why singling our Israel for boycott is anti-Semitic and anti-peace”.