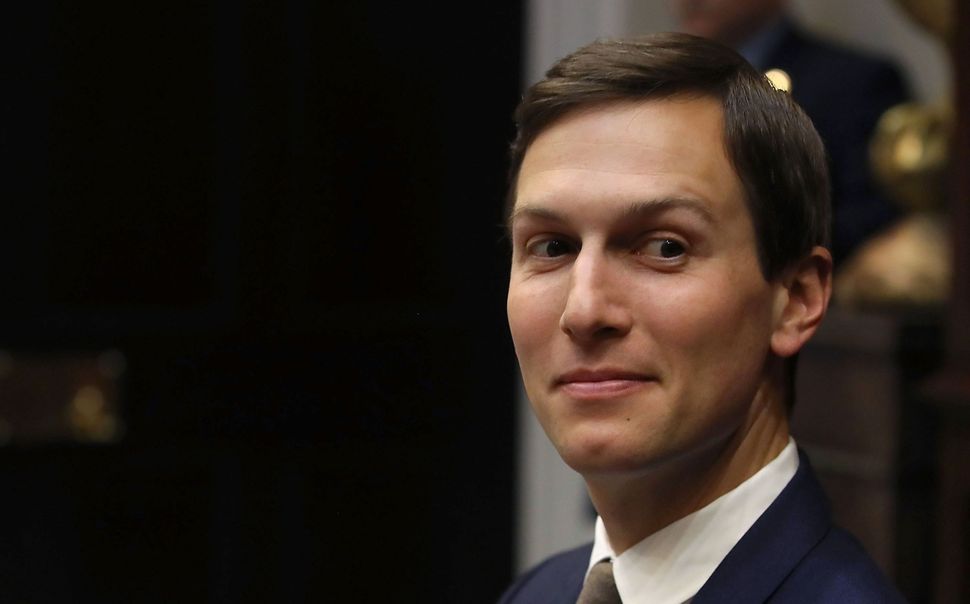 While Tillerson was never a “Trumpian” in the manner of Steve Bannon and Sebastian Gorka, Republican foreign policy stalwarts Robert Gates and Condoleezza Rice recommended him for his stellar career as a business executive with long-standing ties to President Vladimir Putin of Russia.

So it was ironic that Tillerson’s dismissal came after he backed Britain’s accusation against Russia for a nerve-agent attack, as opposed to the White House’s official line, which was more of a wait and see.

That Tillerson took a harsh line against Russia when the White House did not has been cited as the cause for Tillerson’s firing. Others noted that Trump never forgave Tillerson for calling him a moron.

But there’s another context for the firing that hasn’t yet been noted. It has to do with Jared Kushner, Trump’s son in-law and senior White House adviser, for Tillerson and Kushner found themselves on opposite sides of a major international affair that exposed potentially compromising information about the president’s son-in-law.

Tillerson’s dismissal comes after weeks of damaging media coverage of Kushner, and questions about whether Kushner’s financial woes led to international policy decisions.

It all comes back to an underwater building in Manhattan, 666 5th Avenue. The property, owned by Kushner’s family, is severely in debt, and the family could face financial ruin if they fail to finance it. To this end, Kushner has been seeking financing for the building from some top players, including from a Qatari investment group.

The Qataris did not in the end agree to finance the building. And weeks later, Qatar found itself under a blockade, imposed by Saudi Arabia, the United Arab Emirates, Bahrain and Egypt, formally known as the Anti-Terror Quartet.

The blockade was strenuously opposed by Tillerson, who called on the ATQ to ease it. But he was contradicted by none other than Trump himself, who said that Qatar “has historically been a funder of terrorism at a very high level.”

Tillerson was reportedly enraged. And he blamed one person for Trump’s support of the blockade: Jared Kushner. “Rex put two-and-two together,” his close associate told reporters, “and concluded that this absolutely vacuous kid was running a second foreign policy out of the White House family quarters.”

Tillerson felt that Kushner had been influenced by the United Arab Emirates. Others have argued less plausibly that it was Qatar’s refusal to finance his building that led to his support for the blockade.

But there’s mounting evidence that Tillerson’s theory was correct — and that it ultimately may have led to his own firing.

A string of U.S. media reports linked Trump advisers George Nader and Elliott Broidy to the UAE. Most relevant — and most damning — is a hacked memo authored by Broidy that deliberately called for Tillerson’s dismissal, which Broidy apparently discussed with the president himself.

Tillerson was “performing poorly and should be fired at a politically convenient time,” Broidy told Trump.

Not only is Broidy a close associate of Trump, he is also an adviser to the UAE Crown Prince, Mohammed bin Zayed al-Nahyan. In an email, Broidy confirms that he was trying to broker a meeting with Trump. “I offered that MBZ [the crown prince] is available to come to the U.S. very soon and preferred a quiet meeting in New York or New Jersey. President Trump agreed that a meeting with MBZ was a good idea,” Mr Broidy wrote.

And it was UAE ambassador Yousef Al Otaiba, a close friend of Kushner, who Tillerson thought was behind Kushner’s support of the blockade. “Otaiba weighed in with Jared and Jared weighed in with Trump,” Tillerson’s friend told reporters. “What a mess.”

There’s a tragic element to Tillerson’s firing. Even if Tillerson was widely criticized for his objective to reorganize the State Department, his standing was steadily increasing among the foreign policy professionals within the massive federal bureaucracy for seeking to moderate Trump’s unpredictable foreign policy instincts and project a voice of moderation toward the international community.

Meanwhile, the animosity toward Kushner in Washington foreign policy circles is arguably even greater than toward Trump. Kushner was never elected to office, nor is he considered a peer among Washington’s intelligentsia and foreign policy establishment.

On the contrary, it is widely understood that in any other administration, Kushner would at best land a junior White House position despite his wealth and privilege.

In fact, it is precisely because Kushner is so grossly unqualified for his current role as a top presidential foreign policy advisor, a role he landed through nepotism, that Tillerson became an unlikely ally for the “bureaucratic resistance” by simply seeking to moderate America’s engagement with the world at this moment in time.

These dynamics help explain why the hacks into Broidy’s emails most likely stemmed from US intelligence sources and not from Qatari-backed hackers, as Broidy initially suggested.

Indeed, despite the months long Gulf crisis, which has pitted the so-called ATQ against Qatar, Qatar has since the standoff erupted worked hard to rebuild relations with the White House. Earlier this week, NBC News reported that Qatari officials had apparently “gathered evidence” on Kushner and other Trump associates about a conspiracy against their emir by the UAE, but decided not to give the information to Special Counsel Robert Mueller for fear of harming relations with the Trump-administration.

Given these dynamics, it is at least plausible that Trump sought to protect his son in-law from damaging media coverage centering on collusion with the governments of Russia and UAE by firing Tillerson.

Not surprisingly, Tillerson’s dismissal was welcomed by the highly regulated ATQ state media and in the UAE and Saudi Arabia in particular, where editorials nearly unanimously decried Tillerson as America’s worst secretary of state in decades.

That Trump does not tolerate bad press for his staff, especially if it contains damaging details pertaining to national security, has been evident since he fired his first national security advisor, Gen. Mike Flynn. The president has similarly dismissed loyalists Bannon, Gorka and most recently Rob Porter after embarrassing details emerged.

By dismissing Tillerson, Trump has demonstrated that “blood is thicker than water” and that he will protect his family at great political cost, even if Kushner continues to generate negative media coverage.

Since Trump first launched his campaign, he has proven to master the art of deflection media attention from politically damaging matters, and the Tillerson dismissal is no exception.

Sigurd Neubauer is a Middle East analyst and columnist based in Washington. Follow him on Twitter @SigiMideast.