Palestinians May Finally Join Jerusalem Elections. The US and Israel Should Help Them 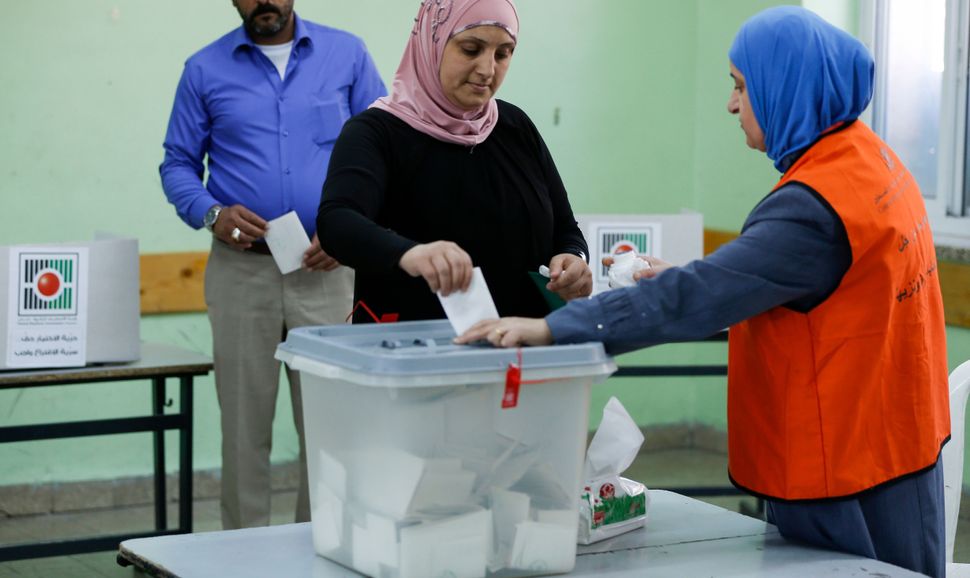 The key to unlocking the stalled Israeli-Palestinian peace process may be a healthy dose of democracy. To wit, something interesting is brewing in East Jerusalem.

Palestinian Jerusalemites are neither Israeli citizens nor Palestinian Authority residents. They have remained separate — in many ways, by choice, since Israel captured East Jerusalem and unified the city in 1967. Since then, Palestinians have protested Israel’s authority, stubbornly maintaining an anti-normalization posture by boycotting municipal elections. For its part, Israel has granted only “permanent residency” to East Jerusalemites, while Jewish housing has expanded in Palestinian neighborhoods.

Any casual observer will instantly note the profound disparity of living conditions and services between Jewish and Palestinian neighborhoods. Moreover, until the final status of Jerusalem is resolved through negotiations, the PA’s role is limited. So, while magnificent hotels, shopping centers and restaurants have adorned Jerusalem, hundreds of thousands of Palestinians — roughly 40% of the city’s population — have largely been left behind.

But now, this could be starting to change.

As Jerusalem municipal elections approach in October, Palestinians are considering participating for the first time. Several Palestinian political parties have even decided to field candidates. One party leader, East Jerusalem activist Ramadan Dabash, said in an interview that “people are ripe to vote. Some people object, saying this is Israelization and normalization, but I tell them this is everyone’s municipality and everyone’s country… I’m not telling them to give up Al Aqsa, or convert to Judaism or renounce Palestinian nationalism, but we must have our place in city hall.”

On its own, this development is significant, but should not be overstated. Many Palestinian Jerusalemites still fear that any engagement with Israel could minimize leverage for a Palestinian capital in East Jerusalem. And recent developments are not hopeful. A surge in terror attacks, increased police presence, and Israeli annexation and de-annexation proposals have fueled fear and mistrust in an already divided city. Without a change on the ground or the negotiating table, these concerning trends are unlikely to reverse.

The truth is that regardless of electoral participation, Palestinians are rapidly approaching numerical parity with Israelis in Jerusalem, and more broadly, in Israel and the West Bank. In both cases, Jews will soon become a bare majority, if not a minority, jeopardizing the unique Jewish character of the city and Israel itself. More than terrorism or even Iran, Israeli security experts warn that demographics may pose the greatest threat to the Jewish state. Despite recent setbacks, the two-state solution remains the only way forward, to preserve Israel’s Jewish character, and address both peoples’ demands for a capital in Jerusalem.

Thus, whether it is this year or next, when Palestinian parties do win representation in Jerusalem elections, there will be no denying the urgency of this reality. Better to embrace it now, while the U.S. and Israel still have significant leverage to promote a peace process that serves our interests.

All sides have a part to play. The U.S. must seize this opportunity and promote democracy in East Jerusalem as it has elsewhere — working through NGOs like the the International Republican Institute and National Democratic Institute to empower participation, train political parties, and strengthen institutions. And it should advance a peace process that meets both sides’ needs, assuring Palestinians that its recognition of Jerusalem as Israel’s capital and support for East Jerusalem elections are not intended to replace longstanding U.S. support for a negotiated two-state outcome.

The PA must also employ new tactics. It is widely expected that East Jerusalem voter turnout will remain low without overt PA encouragement. By endorsing Palestinian participation, the PA can ensure that Palestinian voices are heard in Jerusalem, demonstrate PA commitment to democratic elections and show the world new urgency for Palestinian statehood.

For Israel there is a clear interest in reducing tensions in East Jerusalem and breaking the diplomatic impasse. In return, the Jerusalem municipality has a responsibility to Palestinian residents to reduce critical disparities in housing, health care, sewage, education and transportation. And for the increasing number of Palestinian residents who are now applying for Israeli citizenship, there is much that Israel can do to expedite a long and bureaucratic process.

Lastly, international partners including the European Union and especially Turkey can play a critical role, lending credibility to Palestinian participation in the electoral process, and helping to nudge Israel and the Palestinians in the right direction.

President Donald Trump was correct to acknowledge Israel’s historic right to Jerusalem as its capital, but Palestinians only heard what he didn’t say — a recognition of the Palestinian right to a capital in East Jerusalem. President Trump did note in his Jerusalem speech that “old challenges demand new approaches.” The newest, best approach may be the simplest: voting.

Palestinians May Finally Join Jerusalem Elections. The US and Israel Should Help Them